The LRASM project missiles are high-precision, autonomous anti-ship missiles, which are launched outside the enemy’s air defense system, and are designed for use in the United States Air Force and Navy. At the end of 2013, Lockheed Martin plans to conduct flight tests of the LRASM BTV (Boosted Test Vehicle) rocket variant from the same vertical launcher, and next year will launch the 2 launch of guided test missiles at the expense of the federal budget (4 previous launches were made on company money).
A new American anti-ship missile system LRASM is being created to replace the outdated Harpoon anti-ship missile system designed by Boeing.

The need to develop a new anti-ship missile is due to the fact that the missiles available in the arsenal of the US Navy do not have sufficient flight range and are extremely vulnerable to the breakthrough of the modern naval air defense system. Work under the LRASM program involves creating options weapons, which can quickly enter service with the US Navy after the end of a series of flight tests in 2013-2014. 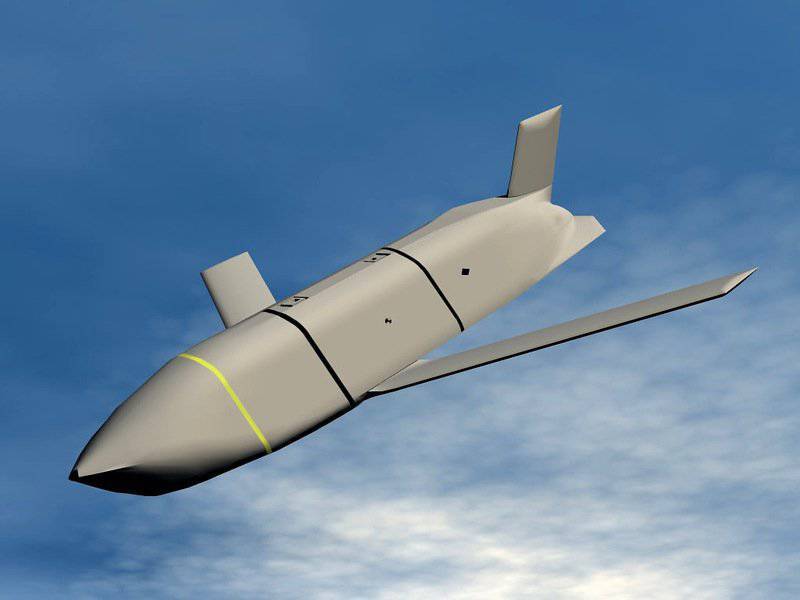 The LARSM anti-ship missile can be equipped with a high-explosive or armor-piercing combat units and is an all-weather, autonomous weapon that can be used at any time of the day. The CRP is equipped with a multimode homing head, a data transmission line, a modified digital noise-protected satellite navigation system, which is designed to detect and destroy the highest priority targets in the enemy's ship order.

Since the US Navy’s decommissioning of the anti-ship version of the famous Tomahawk missile - TASM - the US Navy has been without long-range anti-ship weapons. The only specialized anti-ship missile (not counting the possibility of using Standards against enemy ships) was the RGM-86 Garpun rocket. This is a fairly effective weapon, but the range of the missile, even in its best modifications, did not exceed the line in 280 km.

For a long time, the US Navy did not pay much attention to this problem. The Cold War ended happily: the Russian fleet, which had been reduced in size many times over, ceased to pose the level of threat that could require the US military to develop a new long-range anti-ship missile. American admirals fleet They were absolutely sure that the F / A-18 deck aircraft armed with Harpoon missiles with a massive attack could destroy absolutely any existing surface ship of the enemy. For those rare cases in which the enemy surface ship approached the defeat distance to the US surface ship, the Harpoons were enough for self-defense. 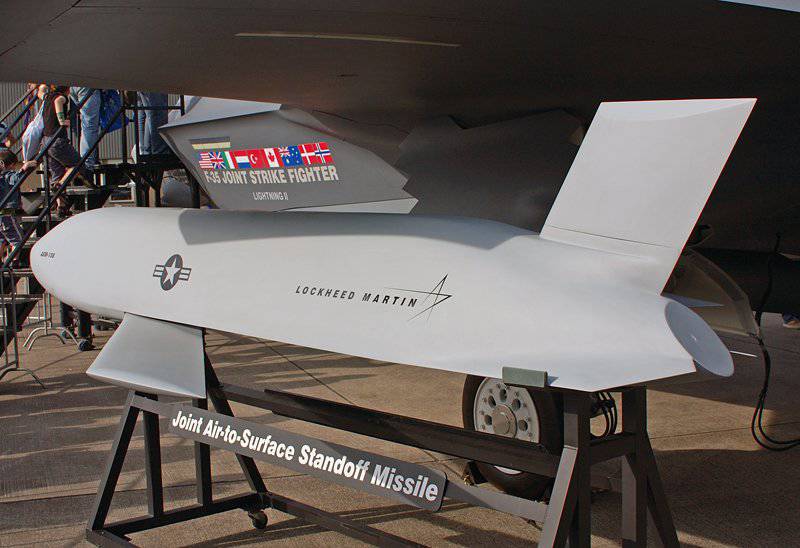 In all this, there was only 1 lack: “Harpoon”, being a rocket of a fairly old performance, did not fit the modern vertical launch cells Mk-41. At the same time, the command of the American fleet in the 2000-ies got rid of all the missiles that did not fit this universal PU (thereby drastically reducing the cost of maintaining launch systems), but the military had to keep the Harpoon rocket with its container launchers Mk-141 settings.

At the same time, the traditional fodder "Shalashik", consisting of 2-x directed in opposite directions of PU Mk-141, concealed a number of shortcomings. Such launchers occupied quite a lot of space on the ship's deck and interfered with other weapons systems. To launch the harpoon anti-ship missiles, it was necessary to turn overboard to the enemy (and this took time: in addition, no more than ½ of all missiles could be fired in one salvo). Finally - and this was the main drawback - the sticking launchers significantly increased the ship's ESR and its visibility on enemy radar.

Admirals of the US Navy tried to solve this problem. But Congress, in its time (as far back as 90), did not give money to the version of the Harpoon, which was adapted for vertical launch. The Cold War ended, the US Navy conducted the most extensive weapons write-off in its stories and could do with existing anti-ship missiles. However, by 2000, the situation has changed. The rapid growth of the Chinese fleet — especially the Chinese’s purchase of destroyers with long-range air defense systems and the aircraft carrier Liaoning (formerly Varyag) caused serious concern to the US military. Fighters patrolling the sky and long-range anti-aircraft missiles made the range of "Harpoons" not so safe. In addition, the importance of ESR reduction technologies has grown significantly as more advanced homing heads of anti-ship missiles were deployed. 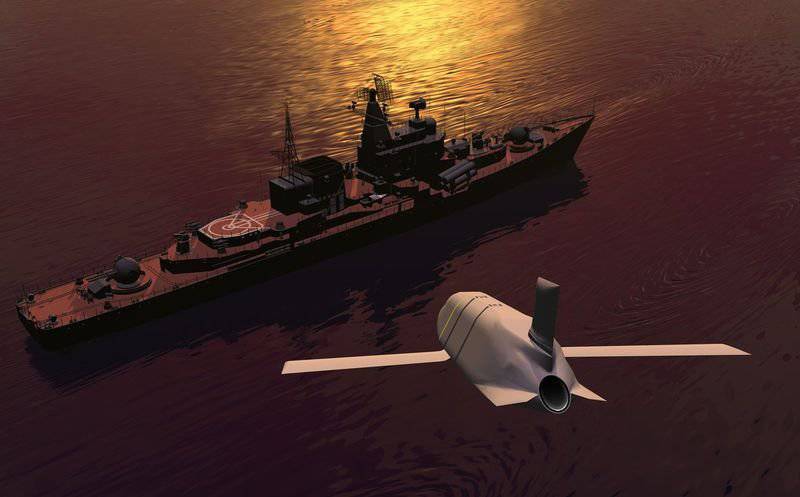 In principle, the US Navy without any problems could return to the armament of TASM - good, both of its components, "Tomahawk" and "Harpoon" still remained in production. But the PKR data were already the last century of this type of weapon. The US Navy needed the best weapons. That is why in the 2009 year, the Advanced Defense Research Agency - DARPA - addressed Lockheed with a proposal to create a promising long-range anti-ship missile system relating to a new generation. During the work on this project, 2 identified promising areas:

LRASM-A is a long-range anti-ship missile with stealth technology and moving at subsonic speeds.
LRASM-B - supersonic RCC, according to the scheme similar to the Russian-Indian development "BrahMos".

In January, 2012, after a thorough comparison of the projects, it was decided to abandon the LRASM-B project. The United States does not have a particularly rich experience in the development of supersonic rockets, and would inevitably find itself in this field as a catching side. In this case, the US stealth technology successfully lead. In addition, experts believe that the decision that put an end to the LRASM-B project was influenced by Taiwan’s test of its own supersonic anti-ship missile. The Americans decided that in the most extreme case they could always turn to their long-time ally for a license, not its release. As a result, all efforts of Lockheed engineers were focused on the LRASM-A project.

LRASM-A was created by Strike Control, located in Orlando, Florida, as a low-profile subsonic cruise missile, equipped with additional sensors, with a high survival rate. The rocket was created on the basis of the project of the Kyrgyz Republic air-based AGM-158B JASSM-ER with the installation of additional systems and sensors. It is assumed that the rocket LRASM-A will be equipped with high-explosive fragmentation warhead. To ensure combat survivability, a new anti-ship missile must perform vigorous maneuvers, which will require a significant increase in the characteristics of the propulsion system. 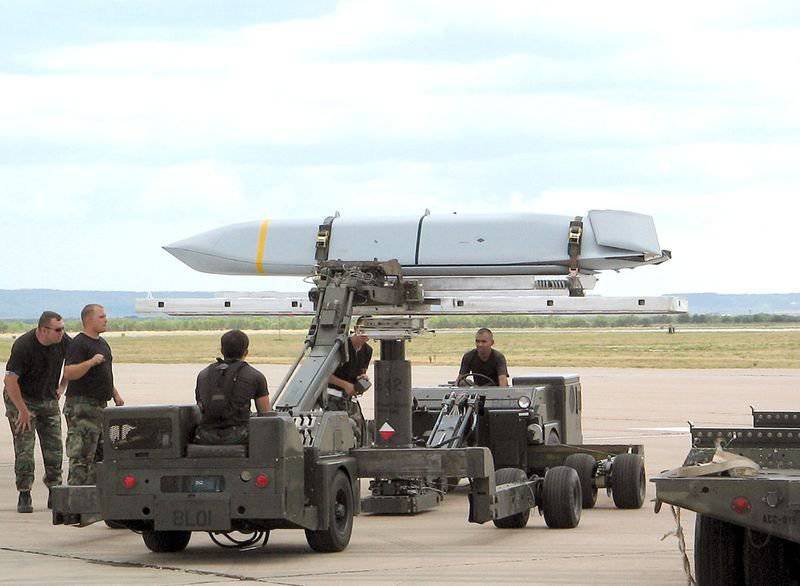 As carriers of the new anti-ship missile, surface ships are supposed to have received vertical Mk-41 launchers, F-35 and F / A-18F aircraft. Also, interest in deploying such missiles has already been expressed by the US Air Force, who want to get the opportunity to use missiles from the B-1B strategic bombers. About the possibility of deploying missiles on submarines so far nothing is known.

It is assumed that the LRASM rocket uses a comprehensive, multi-component system for searching and identifying surface targets. In addition to the inertial satellite guidance system, the rocket is equipped with a radar homing head for a moving object and an optical-electronic guidance system. At the same time, an entire archive of images of potential enemy ships from various angles is stored in the memory of the onboard computer of the rocket, which helps the anti-ship missiles to hit the desired targets.

RCC can be launched into the search area without initial target designation: after entering a given sector, the rocket independently selects the search pattern and tries to find the target. During the flight, the rocket in continuous mode maintains a two-way communication channel with satellite systems, with a carrier, specifying information regarding the finding of targets, the optimal trajectory of movement and potentially dangerous search areas. The rocket sensor equipment is able to identify the ships encountered, and find among them those that coincide with the pre-programmed target parameters.

Having determined these parameters, the LRASM anti-ship missile formulates a plan for the upcoming attack. Flying missiles can communicate with each other and can carry out a complex attack on enemy surface connections. The targets are attacked at ultra-low flight altitude: at the same time, the anti-ship missile chooses the optimal route to the target, avoiding escort ships and choosing the attack vector that is least beneficial for the enemy’s anti-aircraft countermeasures. In this case, the rocket is actively using electronic warfare equipment.