July 9 2013
30
For the second year in a row, Russia and China have been holding joint naval exercises. In the course of events called “Maritime Interaction-2013” ​​ship and aviation Unions of the two countries will fulfill the combat training tasks assigned to them and work out cooperation at the international level. The past Maritime Interaction exercises were held in April last year, and the experience gained in their course became the reason for continued cooperation and the organization of new maneuvers.


The exercise began on Monday, July 8, and will continue for three days. All training operations will take place in Peter the Great Bay, on the Russian coast. It is worth noting, the Chinese ships came to the place of maneuvers a few days before the start of maneuvers. Last Friday, seven Chinese ships arrived at the port of Vladivostok: six destroyers of the 051C, 052C and 054A projects, as well as the Hongzehu integrated supply ship. Also on board the Chinese ships are several helicopters and a special forces unit. Interestingly, some of the training activities of the Chinese sailors held at sea, before entering the port. So, during the transition from the Chinese bases to Vladivostok, they worked out the transfer of fuel from an auxiliary vessel to warships. 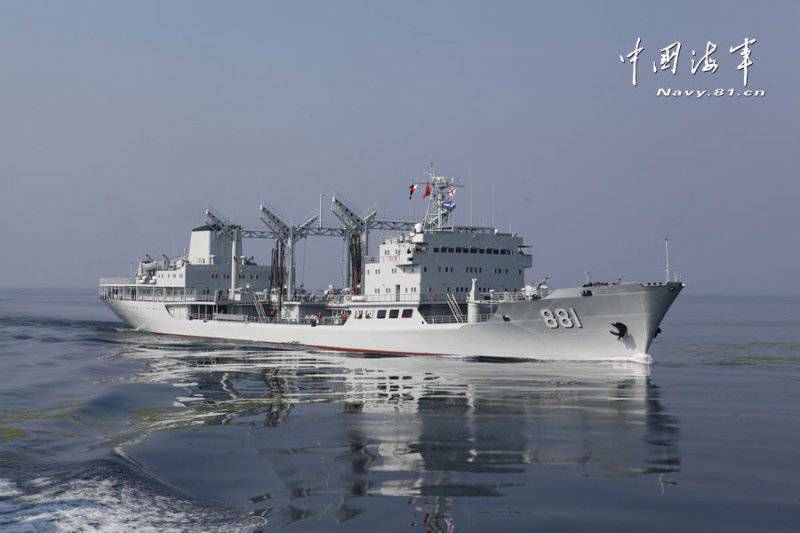 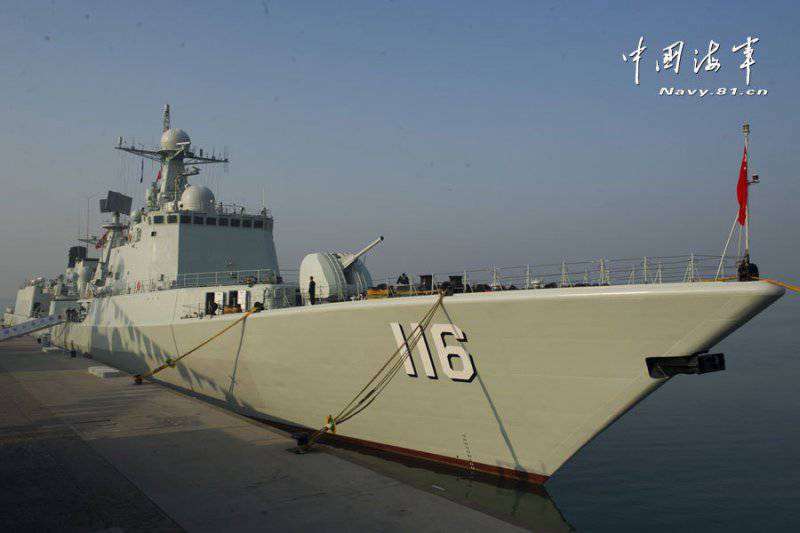 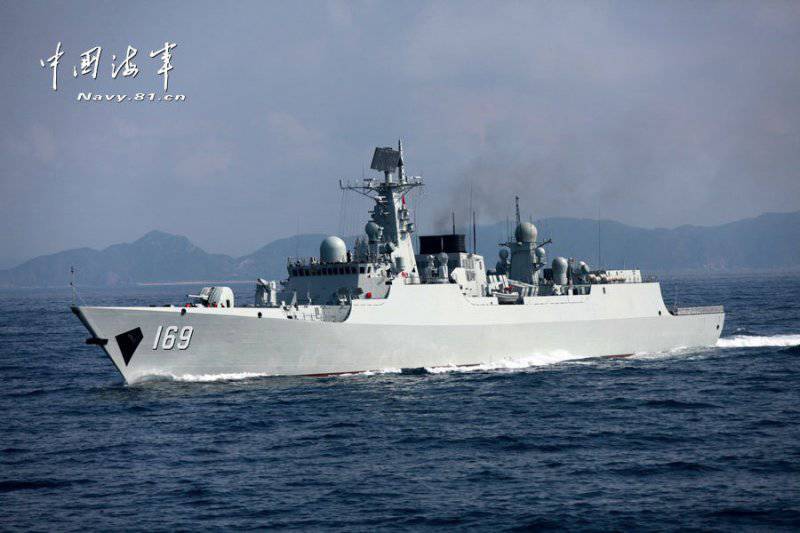 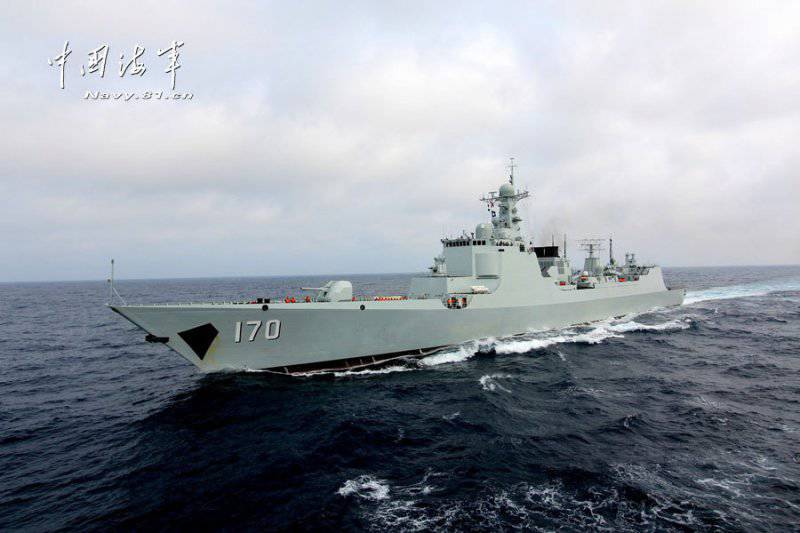 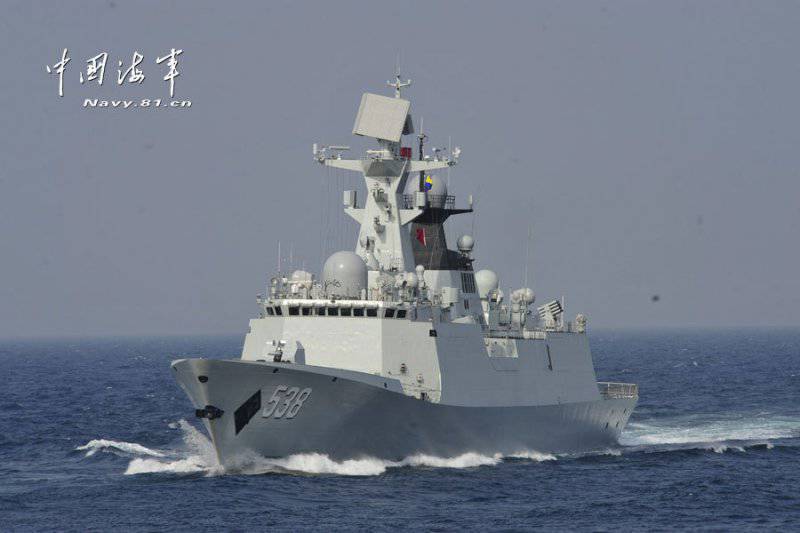 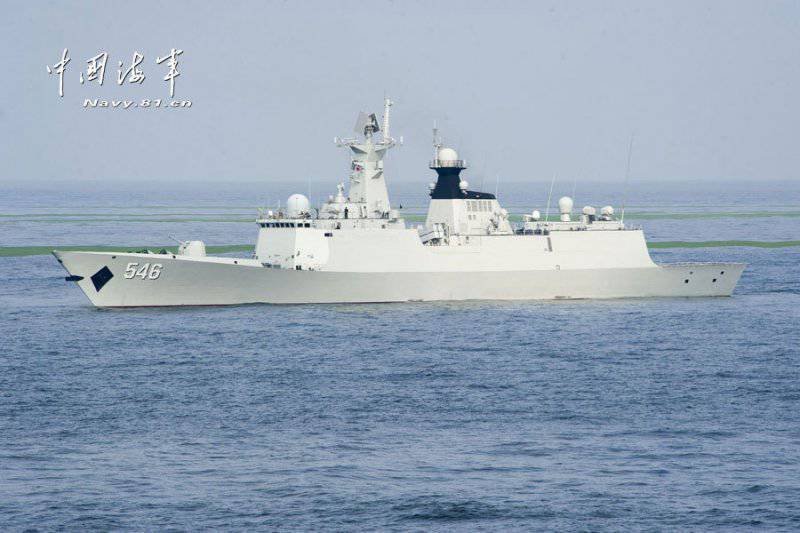 After the arrival of Chinese ships in Vladivostok, a welcoming ceremony was held. In the two days remaining before the exercises, Russian and Chinese sailors took part in an extensive cultural program. So, on Saturday, everyone could visit the Russian missile cruiser Varyag and two Chinese destroyers, which hosted the Open Ladder Day. In addition, the Chinese Navy sailors during excursions visited and visited the sights of Vladivostok. On the last day before the exercises, various sporting events were planned: friendly football matches, yale races and tug of war. Also on the parade ground of the Pacific water station fleet there was a concert organized by naval artists.

The ships of the naval forces of China are not the first to visit Vladivostok - this is the seventh such visit. The cooperation of Russia and China in conducting naval exercises is also not a novelty. Such events are held regularly since the middle of the last decade. For example, in the 2005 year, the Peace Mission mission was held, during which the ships and marines of the fleets of the two countries practiced an anti-terrorist operation. In addition, in the past 2012, seven Russian ships together with the Chinese worked in the Yellow Sea as part of the Sea Interaction-2012 exercises. The current maneuvers are a logical continuation of last year. 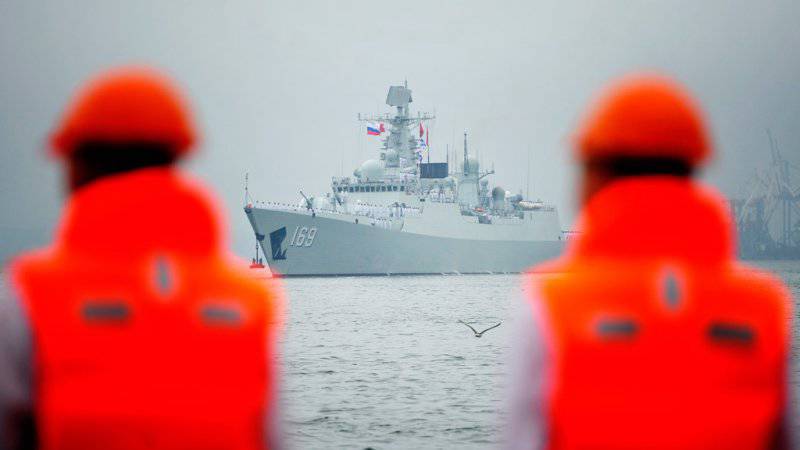 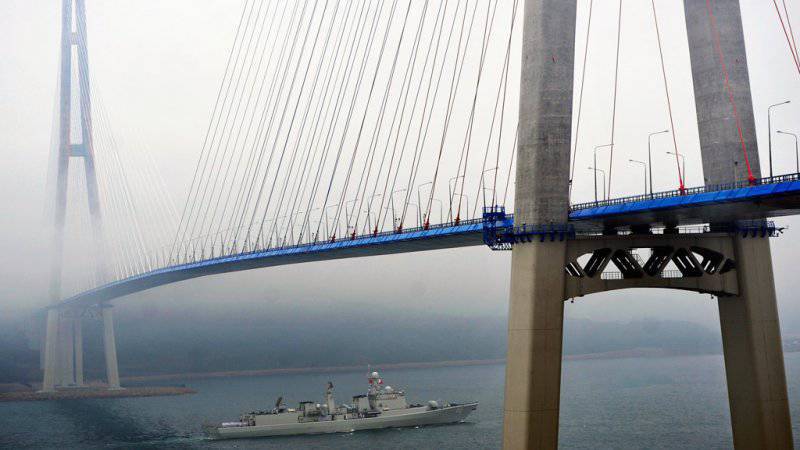 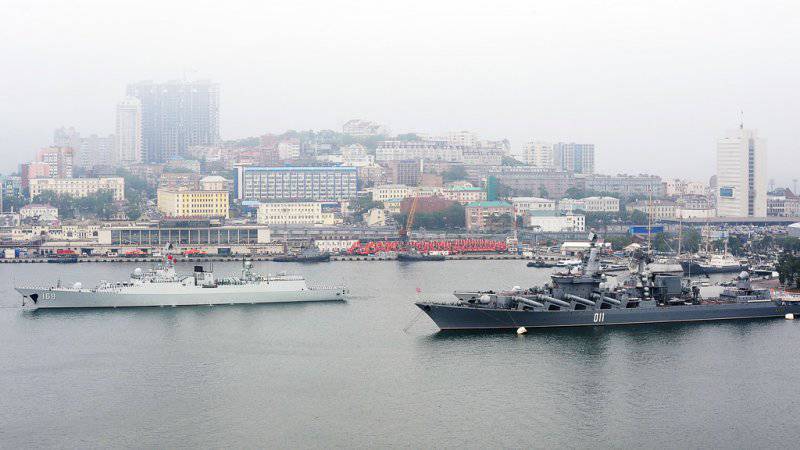 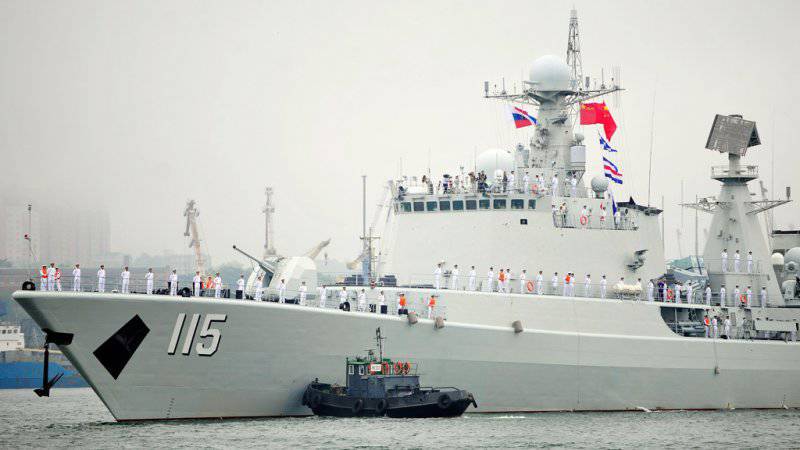 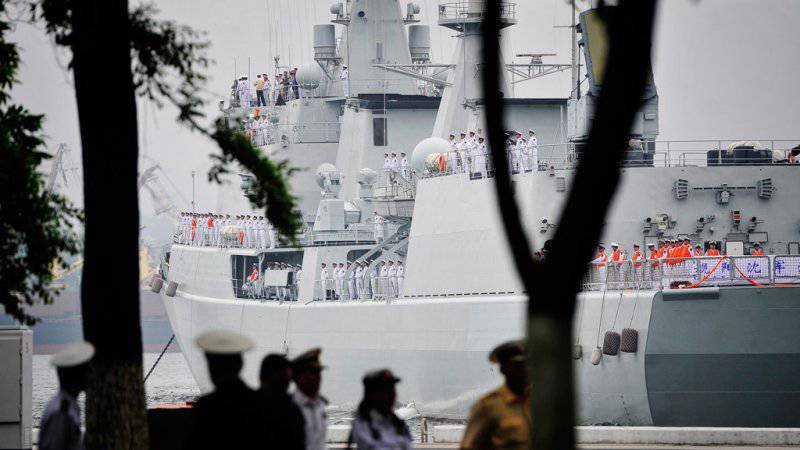 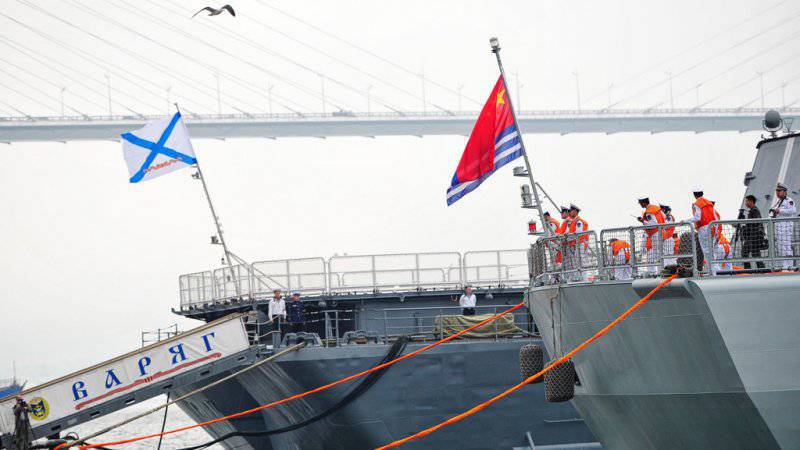 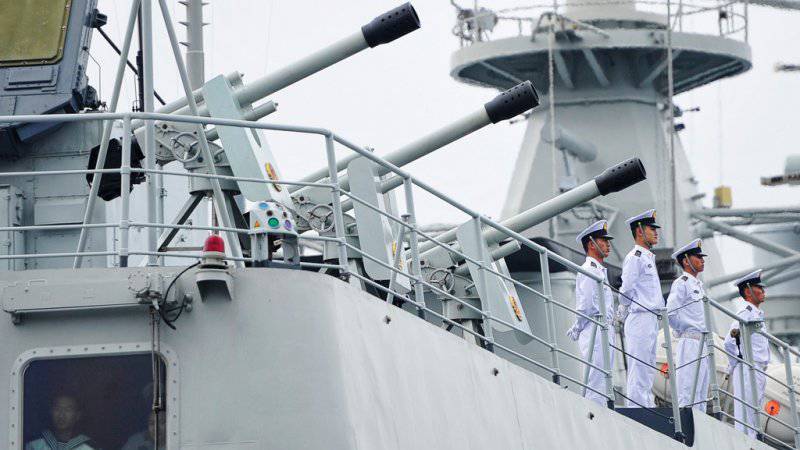 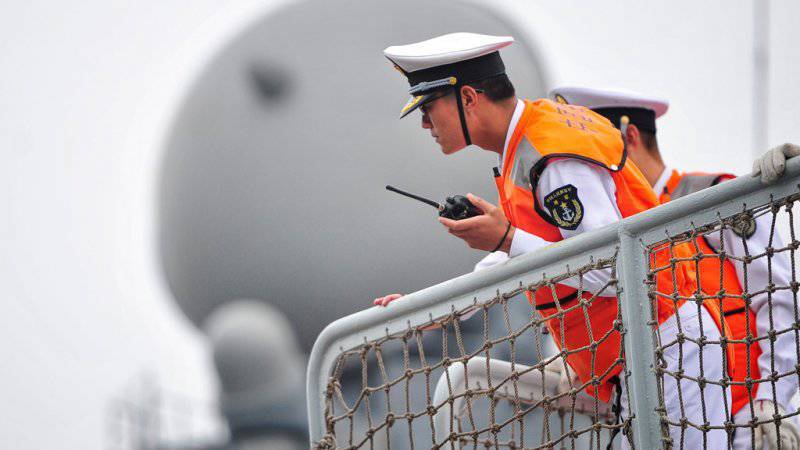 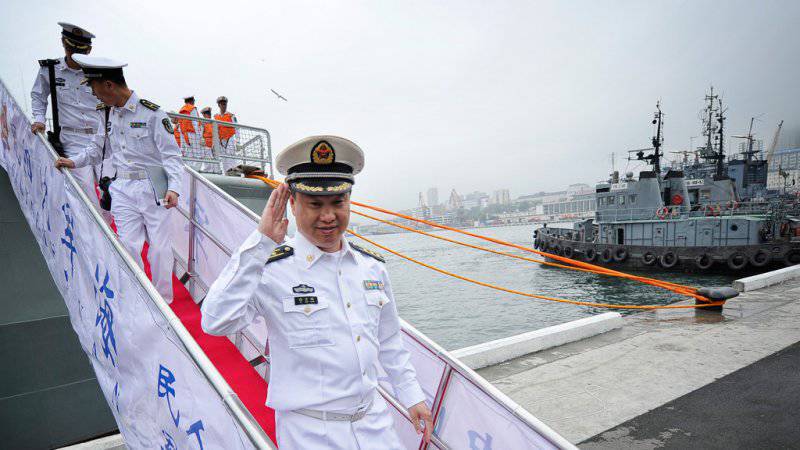 On Monday morning, the joint headquarters of international maneuvers gave the command to begin the implementation of combat training tasks. Nearly two dozen ships from the Pacific Fleet and the naval forces of China took to the sea. In addition, more than ten planes and helicopters prepared for participation in the exercises. As the representative of the Pacific Fleet, Captain First Rank R. Martov, told the press, the program of the Sea Interaction-2013 exercises provides for several tasks of search and rescue, anti-terrorism, etc. character Thus, in the course of one of the training operations of the international ship group, sailors and marines must find and free a ship captured by pirates. Also, Chinese and Russian sailors will have to find a ship that, according to the legend of the teachings, is in distress, and provide it with the necessary assistance.

In addition to the search and release or rescue, the program of international exercises also includes other combat training tasks. This convoying of ships, replenishment of stocks at sea, as well as joint anti-submarine, air defense and anti-ship defense. As one of the leaders of the exercise, Deputy Chief of Staff of the Navy of Russia, Vice Admiral L. Sukhanov, noted, the “Sea Interaction-2013” exercise is the largest such event in stories military cooperation between Russia and China. All previous joint naval maneuvers of the two countries had a noticeably smaller scale. The goals of such military cooperation were described by Vice Admiral Dean Yiping, the head of the Chinese military exercise, Deputy Commander-in-Chief of the Chinese Navy, with just one phrase. According to him, it should be understood that the peaceful sea is the key to successful economic development of both countries, as well as peace throughout the world. Also, Dean Yiping noted that Russia and China should strengthen relations in the military sphere, thereby improving the security situation at sea.

At the same time, the Deputy Commander-in-Chief of the Chinese Navy said that the Chinese ships arrived in Vladivostok in order to learn how to act together with the Russian ones. Admirals L. Sukhanov and Ding Yipin are unanimous in the opinion that current exercises lack any political background of an aggressive nature. The purpose of the “Sea Interaction-2013” maneuvers is solely to strengthen international ties and fulfill the combat training tasks. Russia and China do not intend to demonstrate their naval power to third countries of the region or exert political pressure on them.

Two dozen warships and auxiliary ships will stay in Peter the Great Bay until July 10. After completion of the exercise, the ships of Russia and China will return to their bases, and the headquarters of the exercise will analyze their actions.

Ctrl Enter
Noticed oshЫbku Highlight text and press. Ctrl + Enter
We are
According to the results of the exercises "Marine Interaction-2013"Two frigates per week: Chinese project 054A
Military Reviewin Yandex News
Military Reviewin Google News
30 comments
Information
Dear reader, to leave comments on the publication, you must to register.