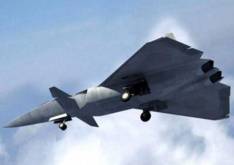 The fifth-generation Chinese fighter is threatening Russia not economically, but economically - Russian fighters will have to squeeze themselves into the international arms market. At the same time aviation It is the basis of military export revenues of the Russian Federation.

Characteristics of the machine are classified, but we can already say that the length of the aircraft is 23-24 meters, the wingspan is 15-16 meters. Maximum take-off weight can reach 40 tons. Experts argue quite a lot about whether Russian engines or their own production are installed on an airplane. “Of course, they use our engine, the Russian one,” said the director of the Center for Analysis of Strategies and Technologies, Ruslan Pukhov. - Therefore, until they make their reliable engine of at least the fourth generation, we are no longer talking about the fifth, which will provide cruising supersound, it will still be a game of intelligence of Chinese engineers. Chinese patriots will post his pictures on the Internet, but this is a plane that will not be able to fight. ”
“A Chinese-made aircraft engine, WS-10 (Taikhan), is installed on the fighter in a modernized version,” the editor-in-chief of the military’s analytical agency said in turn News Kanwa Andrey Chan. 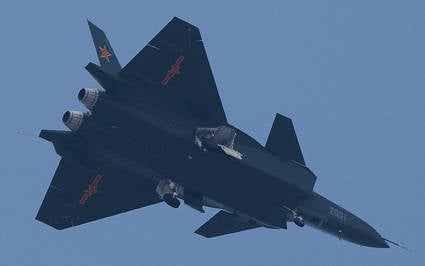 Also discusses the various versions of the military machine. One at a time, this is a stealth-strike aircraft with a long range and duration of flight for patrolling remote sea areas, the main task of which is secretive strikes against aircraft carriers. According to the second version, the “black eagle” is predominantly “sharpened” for intercepting bomber, long-range radar detection aircraft (DRLO), transport aircraft and enemy air tankers at long distances.

By the way, the first flight of the prototype of the next generation fighter came during the stay in the Middle Kingdom, US Defense Secretary Robert Gates. In Beijing, he had to relieve Chinese dissatisfaction with new deliveries of American military equipment to Taiwan, which is considered to be an integral part of China by the government. At the same time, the United States already has a fifth generation fighter - the Raptor multipurpose F-22. By September, the 2010 of the year the X-NUMX of the F-166 was produced.

Russia also has its fifth-generation fighter. More precisely, while tests of a promising aviation complex of front-line aviation (multipurpose fighter) T-50 are being conducted. The first flight of the ultra-modern Russian combat vehicle took place last January 29 at the Aviation Production Association, part of the Sukhoi holding, in Komsomolsk-on-Amur. The aircraft will be commissioned in the 2015 year.
Chinese "eagle" on the promises of its creators will be adopted in the 2017-2019 years. True, some experts believe that this, given the pace of development of the Chinese defense industry, may happen earlier - also on the horizon of the 2015 year. That is, "Jian-20" poses a direct threat to the Russian defense industry.

Of course, this threat is not military in nature, but economic. By copying a Russian Su-27 fighter called J11B, China has already begun to squeeze Russia in international armory markets. Pakistan is buying Chinese fighters, and there are reports of interest from Iran, Myanmar and the Philippines. In the future, experts predict the loss of Russian military aviation markets in Venezuela and Syria. "The new fighter is quite capable of competing with Russian manufacturers on the international market, since it will be significantly cheaper," the editor-in-chief of the Kanwa agency believes.

Meanwhile, it is aviation that is the basis of the military export revenues of the Russian Federation. Thus, according to estimates by the director general of the Center for the Analysis of World Arms Trade (CAMTO) Igor Korotchenko, in 2011, Russia will sell abroad arms and military equipment worth at least $ 10,14 billion (second place in the world). And the share of aviation equipment (first place in the structure of military exports) in this volume will amount to $ 3,384 billion (the second place is occupied by naval equipment - $ 2,103 billion). Thus, voluntarily or involuntarily, China is heading for the further displacement of Russia from high-tech international markets.

It cannot be said that this threat remains unnoticed in the Kremlin, and there is nothing to answer to the Chinese plans of the Russian defense industry. According to the deputy head of the Center for Analysis of Strategies and Technologies Konstantin Makienko, the export version of the fifth-generation Russian fighter T-50 / FGFA will be offered to the world market in 2018-2020. In December, 2010 of the year during the visit to India of Russian President Dmitry Medvedev was contracted to sketch the design of the Indian version of the fighter, and it is this version that will be offered for export.

However, now the main threat to the Russian military aircraft industry is the development of unmanned systems. Here Russia takes only the first tentative steps, and the backlog can be called critical.