The crash of Boeing 777 in San Francisco

July 8 2013
12
The causes of the crash at the San Francisco airport are still unknown. In the pictures taken from the air, it is clear that the plane literally crashed at the beginning of the strip with such force that its tail part fell off. After landing, the Boeing began to brake sharply (a black trace from the nose landing gear is visible) and it was carried outside the runway. The fire did not start immediately, so the passengers were able to evacuate quickly enough. Of the more than 300 people on board, there were many injured, forty of them in serious condition, two dead - Chinese citizens. According to the Federal Office aviation US runway electronic navigation, which helps pilots to land, was disabled in San Francisco during the summer from June 1 to August 22.


The Boeing 777 is one of the largest and most reliable jet passenger aircraft. An absolute distance record was established for passenger aircraft: 21 601 thousand km. Since 1995, they were produced 1100 ind., And yesterday’s catastrophe with the victims the first history exploitation of Triple Seven (not counting the incident during refueling at Denver airport in 2001, in which a ground officer was killed). The crashed Boeing 777-28E (ER) HL7742, serial number 29171, has flown since February 2006 and was powered by Pratt & Whitney PW4000 engines. The cost of such an aircraft is $ 258,8 million. 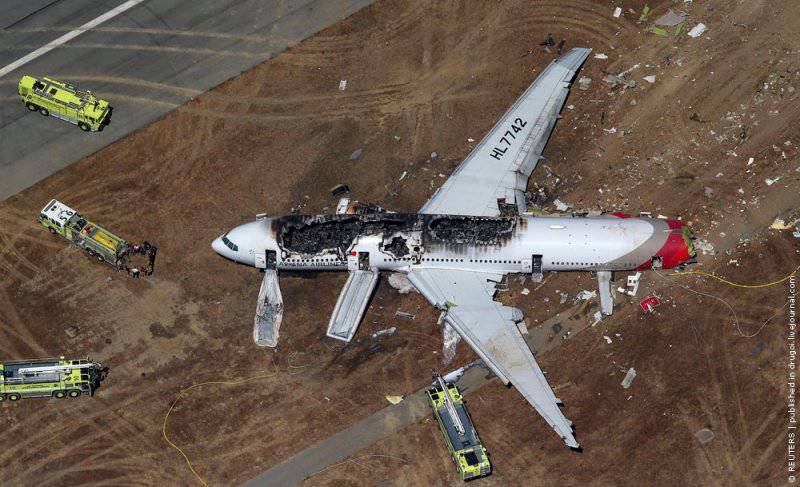 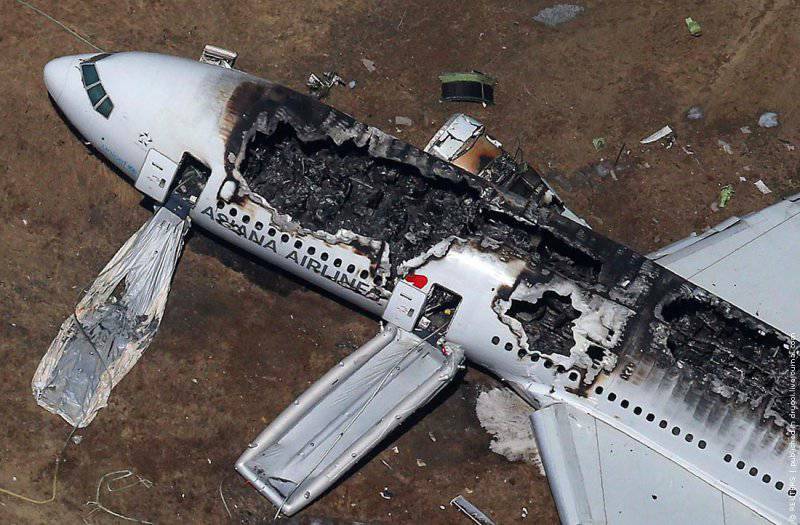 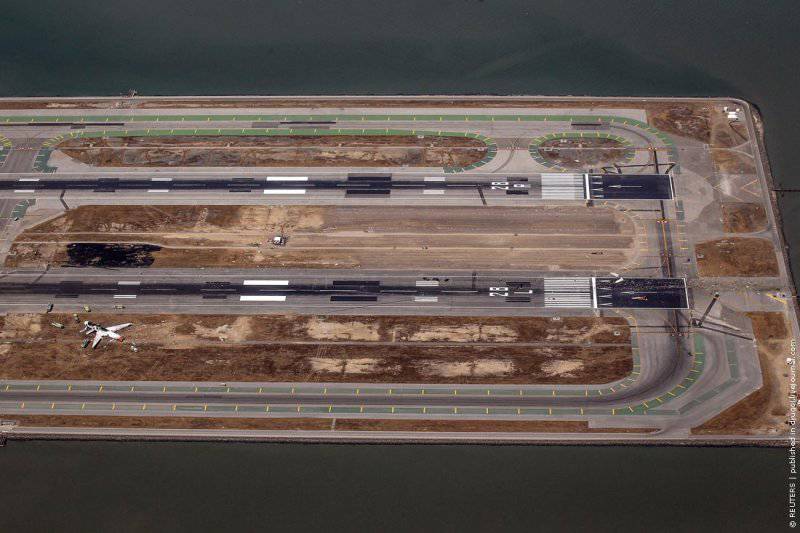 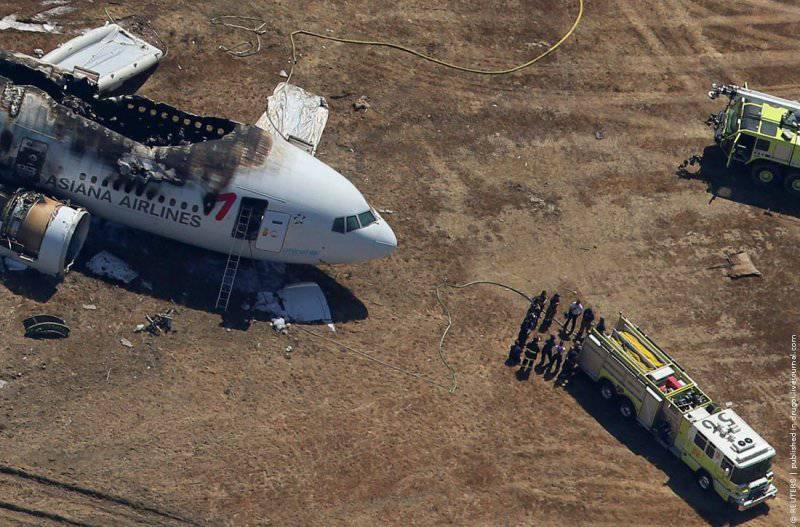 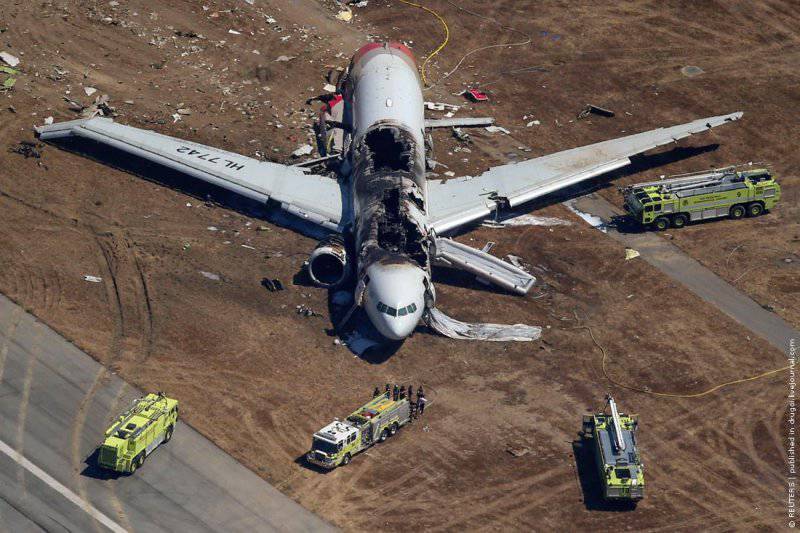