Revival of the family cult in Russia

July 8 2013
134
Following the results of 2012, many Russian regions reported a record birth rate for the last 20 years: Omsk, Voronezh, Moscow regions, Krasnodar Krai, Moscow, the republics of the North Caucasus, etc. However, despite the seemingly positive, the demographic situation in Russia leaves much to be desired the best. The only thing that is still holding the country away from the total demographic hole is the migration flows, on which it is hardly worth making a serious bet. A certain proportion of the negative in this situation adds a high mortality rate, as well as relatively low life expectancy in Russia. 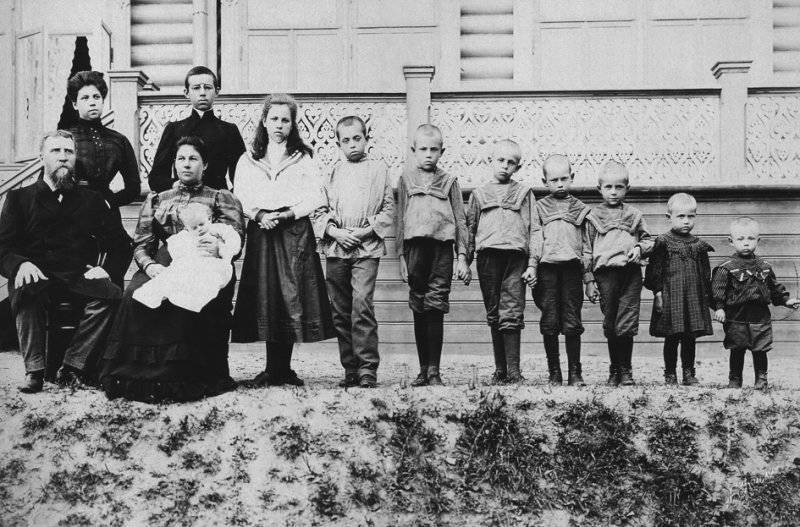 According to the latest data, the mortality rate in the Russian Federation for 2012 a year was 1,899 million. This is slightly lower than in previous years, but still clearly a lot for a state with a population below 145 million people. In terms of life expectancy, the Russian Federation is in the 12 of the ten countries of the world (on average 70,3 of the year). Below Russia, there is no European state on this indicator with the exception of Belarus, Moldova and Ukraine.

At the same time, the birth rate for the same year was fixed at the level of 1, 896 million. The natural decline reached a minimum over the last 15 years, which gives some hope for the best.

But hope for the best must be supported not only by numbers, which are alone today, but tomorrow may be different, but something more. And this more lies in the obvious need to popularize family foundations in our country. It is no secret to anyone that in recent years the very idea of ​​nepotism has begun to turn into dust. And this trend is observed not only in our country. Europe, North America has long been bearing the stamp of provoked ignoring family values. This bacillus was brought to us, and it quickly got used to our open spaces, spreading with surprising speed and ease. We simply, as a click, have ceased to understand that neither our own development, nor the development of the country in which we live can take place without strengthening nepotism, cultivating those values ​​that were the basis of the basis of Russian (in the broadest sense of the word) society .

The thesis that the family is the cell of any society is accepted today, if not in hostility, then it causes a strange smile to many. Like, if you want to achieve something in this life, the creation of a family will be just another obstacle. On the one hand, it seems that this thesis is difficult to ignore, because when creating a family and having children, family members can directly face financial problems. We still have not built a reliable system of protection of motherhood and childhood, and those benefits that receive young mothers look, to put it mildly, not impressive. But this question has another (rather, moral) side. After all, if everything in this life is measured only with money, forgetting about family values ​​and joys, then in this case neither state benefits nor benefits will help, even if the state unexpectedly takes them and brings them to the bar of developed world powers.

The consumer side of the issue still prevails. We have become accustomed to the fact that money in our world decides, if not everything, then practically everything, and this leads to a monetary cult. Even planning for the next child, most of us, no, no, yes, and think about, and what financial privileges in this case the family receives. You can of course reproach yourself for this, you can engage in an arbitrarily long self-flagellation, but this is unlikely to lead to a positive result.

In this case, much more effective is not self-blame at all, but propaganda of family values ​​this time, and government care for the people who live in this state is two.

In a modern developed country, one without the other, if possible, will definitely not lead to anything positive. Where the people themselves trample the sanctity of family ties, or where the interests of the state in this regard are higher than the interests of the people, a strange organism is born that causes people to abandon the moral social foundations and move on to the path of satisfying their own needs. Thus, the state turns into an aggregate, forgive, egoists, who, caring only about themselves, will hardly ever pay attention to others.

So who then should be engaged in the promotion of family values, propaganda, which will help to cope not so much with the demographic problem, as in the problem, if you can put it that way, family nihilism? State? Church? Social institutions? Media environment?

The answer here is: the state, the church, public institutions, and the media environment. All together, and systematically and unobtrusively. After all, when a cleric belonging to a particular denomination speaks about the goodness of living in a large and friendly family from the TV screen, and after his speech on the TV screen an advertisement for an abortion clinic or something from the “enchanting” selection of “House-2” or “Vacation in Mexico” appears, then the effect of the words about the revival of family values ​​tends to zero.

Another important question is the popularization of a large family. Unfortunately, in the distant stories there were times when the family, in which there were at least three or four children, was considered normal. Today in many families it comes to the fact that spouses simply do not dare to have even a second child, referring to financial problems. Certainly, it is foolish to ignore financial problems, otherwise a whole marginal sector will take shape in the country, where in the presence of a large number of children in the family the family itself is absent as such (talking about families immersed in alcoholism or drug addiction leading an asocial lifestyle). But it is impossible to put the financial side at the forefront. Otherwise, she may ask a person the question: is it necessary to start a family at all ... Today, by the way, such a question is by no means rare. The cult of unlimited freedom and, at the same time, an irresponsible person reached its peak, and therefore if the cult of the family is not opposed to this cult, the difficult demographic situation in Russia can put Russia itself on the verge of existence.