July 8 2013
99
Today, the most versatile and common class of warships are destroyers. They are used to protect aircraft carriers from attacks from the air, covering amphibious ships, and destroying submarines. To date, the largest destroyer fleet in the United States of America, and given the pace of construction of vessels of this type in other countries, the US leadership will continue for a long time. At the base of their naval forces are destroyers of the Arleigh Burke type. What is the secret of the success of these courts, and who are their main competitors? 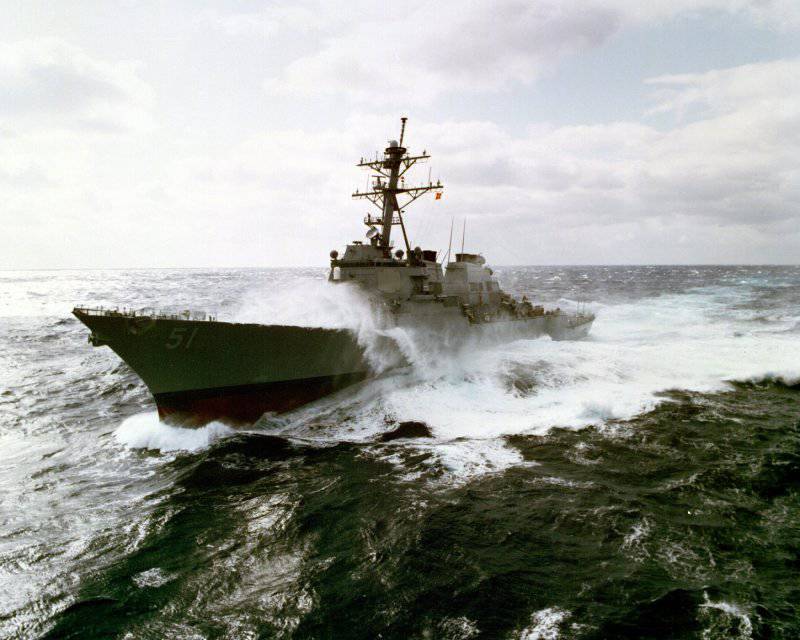 The destroyers Arleigh Burke belong to the destroyers with guided missile weapons The fourth generation is rightfully considered the best in the world, and by some indicators they surpass all existing ships. A modern American destroyer can simultaneously detect a significant number of targets, as well as take them to escort. At the same time for the destroyer there are no impossible tasks.

The main combat missions of the Arleigh Burke destroyers include: protecting naval strike and aircraft carrier groups from massive missile attacks; air defense (convoys, naval connections or individual ships) from aviation the adversary; fight against submarines and surface ships. In addition, they can be involved to provide naval blockade, artillery support for landing operations, tracking enemy ships, as well as to participate in search and rescue operations.

The development of Arleigh Burke destroyers began in the late 1970-s. The main demand that the military presented to the new ship was universality. The main task of the destroyers is to escort aircraft carriers and the new ship should have been able to easily cope with any targets: torpedoes, missiles, coastal installations. The fire detection and control systems had only seconds to decide on the use of weapons.

The destroyer Arleigh Burke demonstrates new shipbuilding approaches. One of the most impressive changes was the reshaping of the hull. Traditionally destroyers were narrow and long. The designers of this ship decided this problem differently. In Arleigh Burke ship architecture, one unique value was preserved - the ratio of length and width, which means an increase in stability. As the operating experience shows, the new design has several advantages. With a wave heights up to 7 meters, the Arleigh Burke is capable of maintaining speed up to 25 nodes.

In addition to the unique form of the hull, the American destroyers received other changes in the ship's architecture. For example, the design again became steel. The fact is that during the Second World War, the destroyers were made of steel, and by the 1970 years, steel replaced aluminum. The change in material was due to the weighting of radars and other sensors placed on the masts. Aluminum is an excellent alternative to steel, but it has certain disadvantages, including vulnerability to fire. The designers of the destroyer Arleigh Burke decided to return to steel, but at the same time retained many modern electronic systems. Vital premises of ships of this class are additionally protected by 25-mm sheets of armor and covered with Kevlar.

The design of the destroyer Arleigh Burke is more compact than its predecessors. Their superstructures are less cluttered, quieter than those of previous structures.

Initially, ships were designed to protect American aircraft carrier groups from missile strikes (primarily from ship missiles) that could be inflicted on the Soviet Navy. That is, these are missiles that were based on aerial platforms, surface-launched missiles and missiles launched from submarines.

Almost invulnerable squadron destroyer Arleigh Burke makes the combat information management system (BIUS) Idzhes. The unique information and control combat system destroyer Arleigh Burke can simultaneously lead anti-aircraft, anti-submarine and anti-ship defense. The main element of the CICS is a powerful radar station that is able to automatically detect, track and track several hundreds of targets simultaneously. Its main feature is that it collects information not only from the main antennas installed on the towers of the ship, but also from the hydroacoustic station scanning the underwater space and quickly detects enemy submarines. 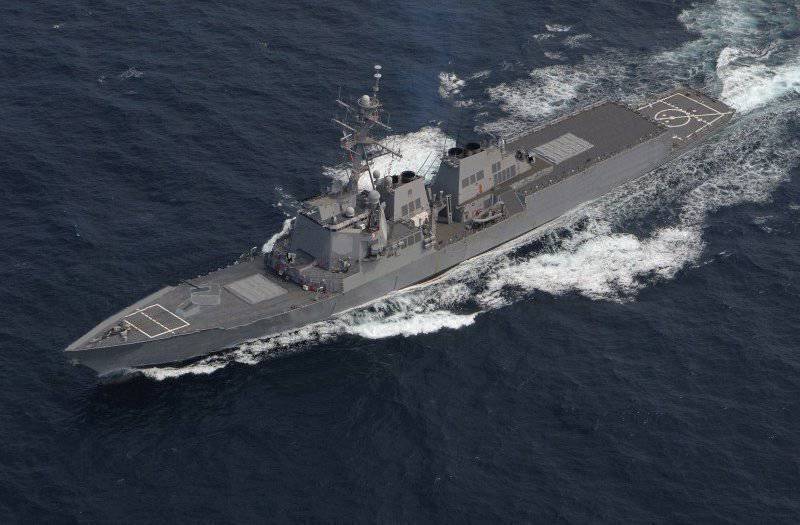 Arleigh Burke ships are equipped with weapons that are unparalleled in the world. This includes setting the Mark 41 vertical launch, consisting of 100 compartments in which the missiles are stored. However, the main feature of this installation is not the number of missiles, but the ability to combine them. For example, anti-aircraft, anti-submarine, cruise missiles or torpedoes can be placed at the same time, which allows the ship to be prepared for repelling any danger. Ammunition can be combined depending on the task. If the Soviet ships for each type of missile had its own individual launchers, then at Arleigh Burke for them a single system is provided. This technical solution allowed to minimize the number of "dead" cargo, that is, installations that will not be used for a specific mission.

The weapons of the Arly Burke destroyers of various sub-series (Series I, IΙ and IΙA) are quite different. The main weapon of all existing ships of this type is the 2 vertical launch of the Mark 41 VLS. A set of weapons UVP destroyers of the series I and IΙ:
8 cruise missiles BGM-109 Tomahawk,
74 anti-aircraft missiles RIM-66 SM-2,
8 anti-submarine missiles RUM-139 VL-Asroc (multipurpose version).
In addition, the ships could be equipped with 56 cruise missiles BGM-109 Tomahawk and 34 RUM-139 VL-Asroc and RIM-66 SM-2 missiles in a shock version.

In 2008, the Ijes system SM-3 rocket launched from a US base in Alaska hit an object in outer space. The target was a falling military satellite. The performance of this rocket is fantastic. The designers claim that the rocket is able to destroy the target at a distance of 500 km. This shot was fired from the destroyer Lake Eric of class Arleigh Burke. Today, almost all ships of this class have received this powerful weapon. According to Russian experts, these firing data were carried out to test the anti-missile system.

On board the destroyer class «Arleigh Burke» except launchers installed 127-millimeter artillery unit (680 ammunition projectiles), six-barreled 2 20-millimeter anti-aircraft guns «Phalanx» and 4 gun «Browning» system 12,7 millimeters caliber. In addition to the deck armament, the 2 SH-60B “Seahawk” helicopter with anti-submarine and anti-ship armament kits can be placed on board, extending the range of the destroyer. The use of helicopters allows you to detect and attack targets for tens of kilometers. This arsenal enables ships not only to protect the squadron, but also to deliver high-precision strikes on the enemy. In other words, “Arleigh Burke” is not just a tactical, but an operational-tactical weapon unit, that is, they are capable of hitting targets deep in the enemy.

Undoubtedly, Arleigh Burke is the best ship of this class, however, other maritime states are constantly improving their destroyers. For example, in the UK there is a destroyer Type 45. According to its creators, the 45 Type One can replace, by fire capabilities, a whole fleet of destroyers of the past generation. His newest weaponry can easily destroy an airplane, helicopter, aerial bomb or UAV. The accuracy of the guidance system is so great that the gun is able to shoot down a flying tennis ball. On these vessels, a European fire detection and control system was developed, which was developed very recently.

The main armament of these destroyers is the PAAMS anti-aircraft missile launcher with Aster-30 and Aster-15 missiles. Also on the warship there are six “Sylver” systems deployed for vertical launch of each installation of eight “Aster” missiles. In addition, the destroyer installed artillery armament - one 114-mm unit, which serves for strikes on coastal fortifications and two 30-mm guns on manpower. 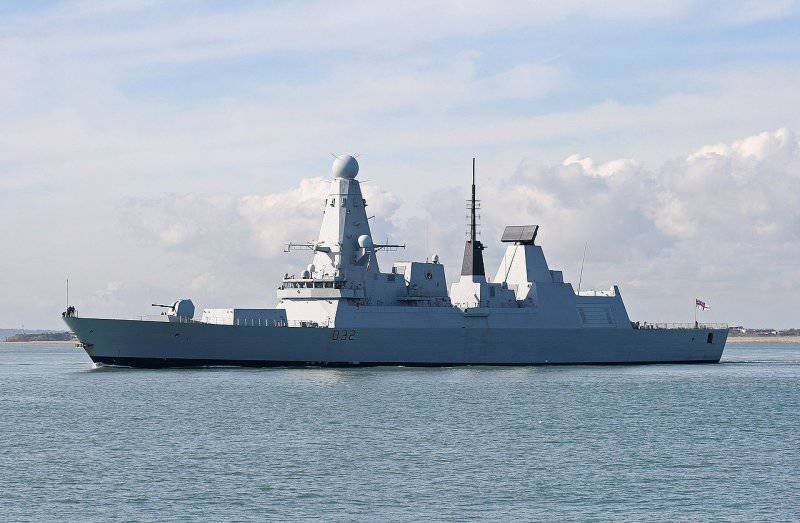 The most powerful missiles in the arsenal of the 45 Type destroyer are “Aster-30”, but their maximum range is 120 thousand meters. These missiles can perform certain anti-missile defense functions, short-range missiles, interception and illumination. Of course, it is impossible to compare this weapon with the Arleigh Burke. The British are losing on all counts.

Despite this, the 45 Type has its own unique features. This could include an integrated energy system. The ship has two gas and two diesel turbines. The engine on liquid fuel gives energy to electric motors to rotate the screws. Due to this, the ship's maneuverability was increased and the consumption of diesel fuel was reduced. In addition, four turbines can replace an entire power plant. 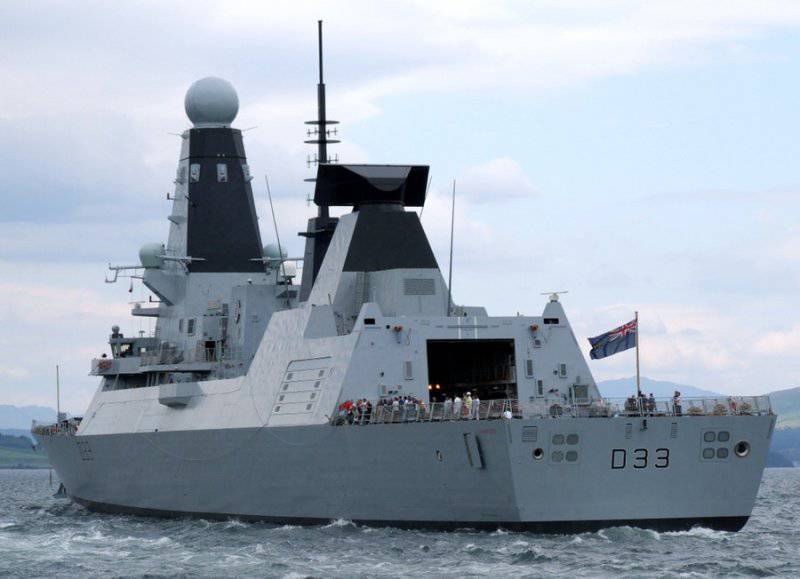 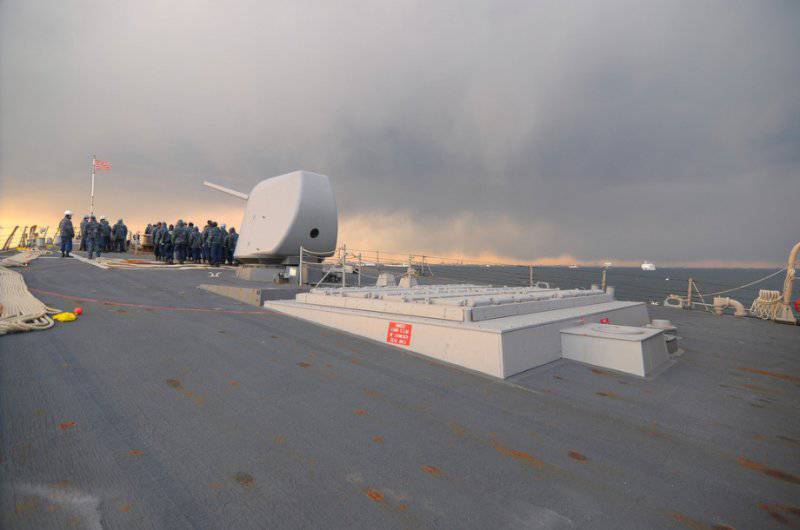 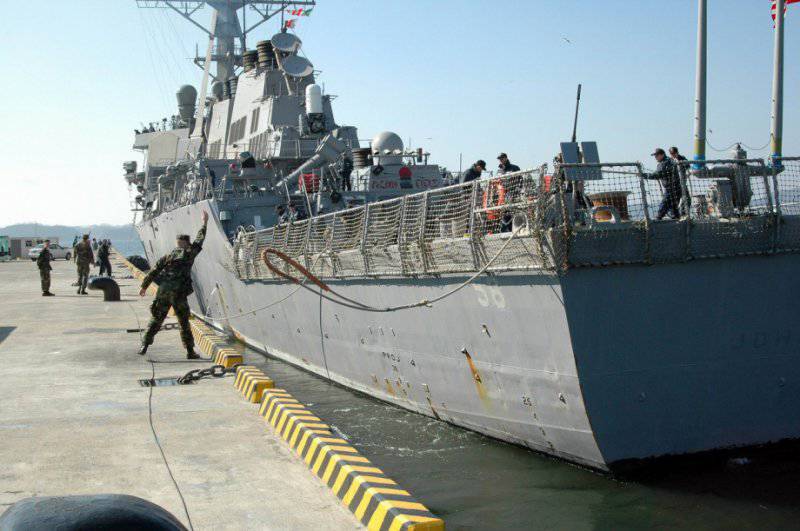 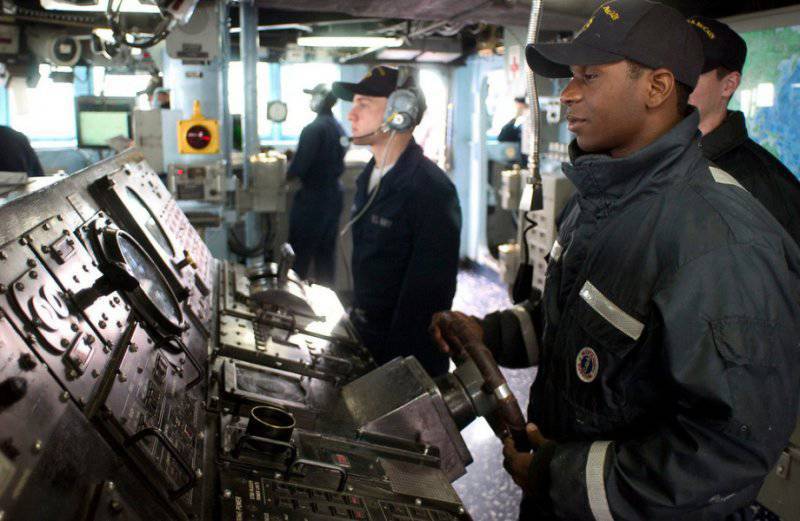 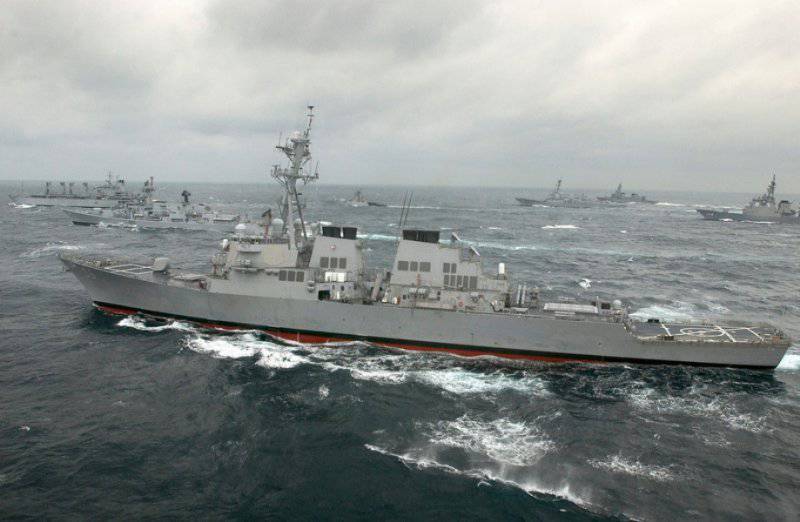 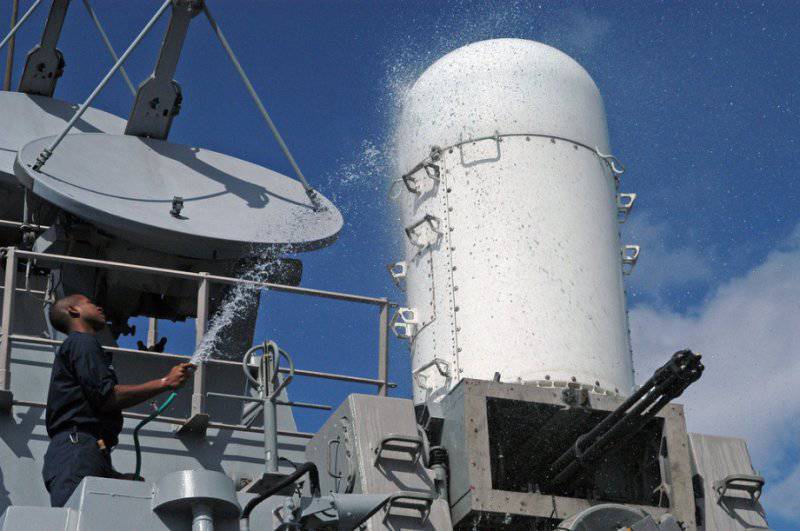 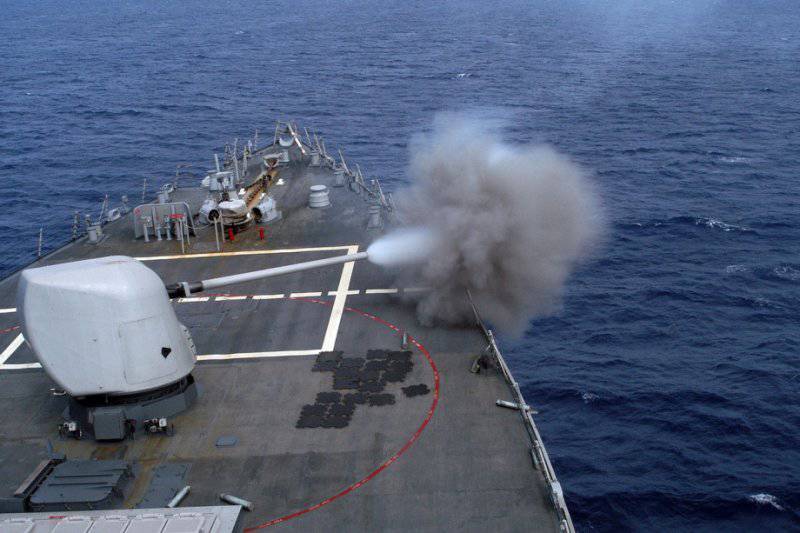 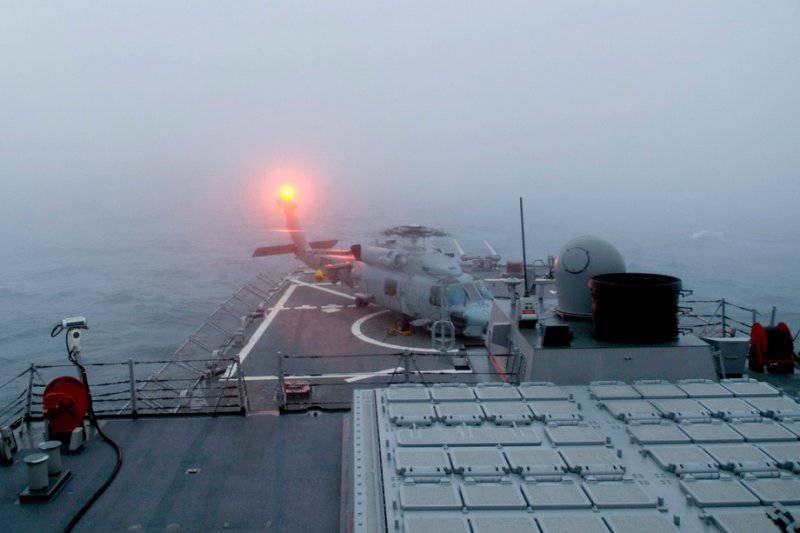 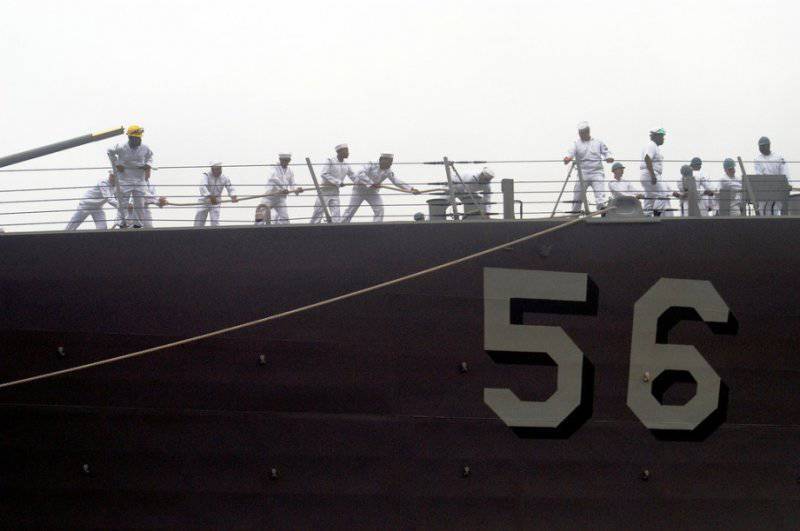 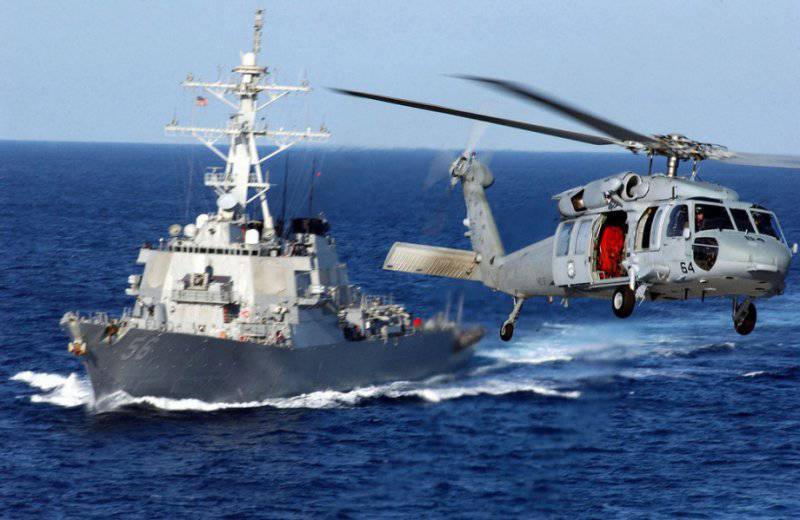 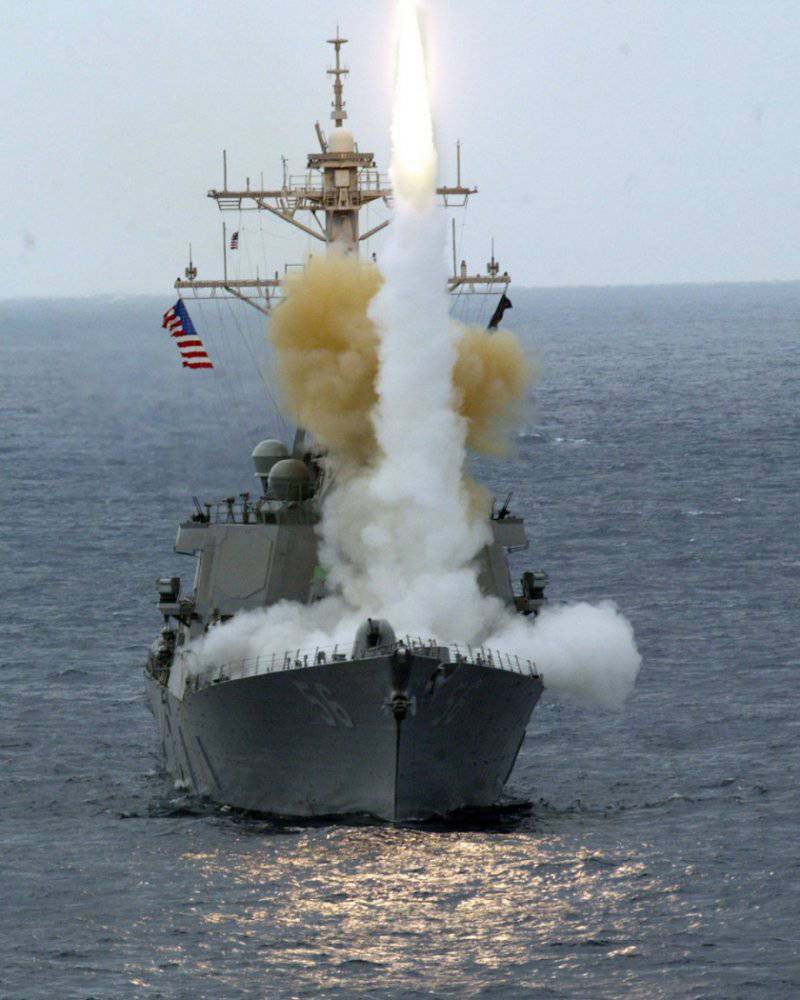 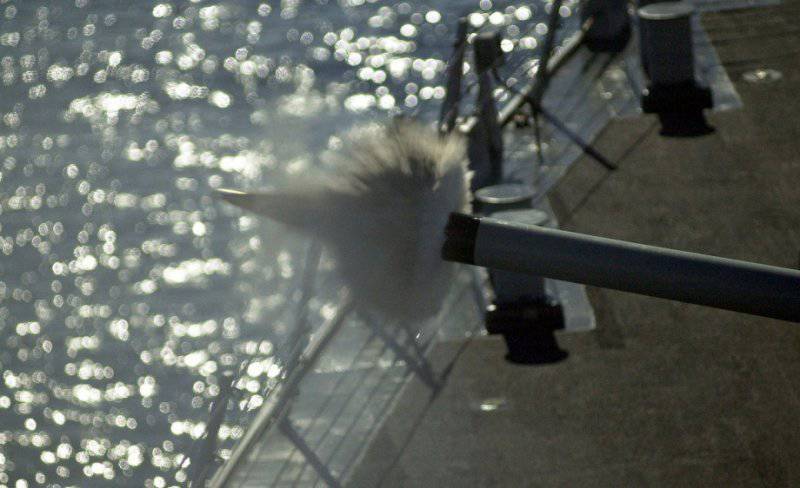 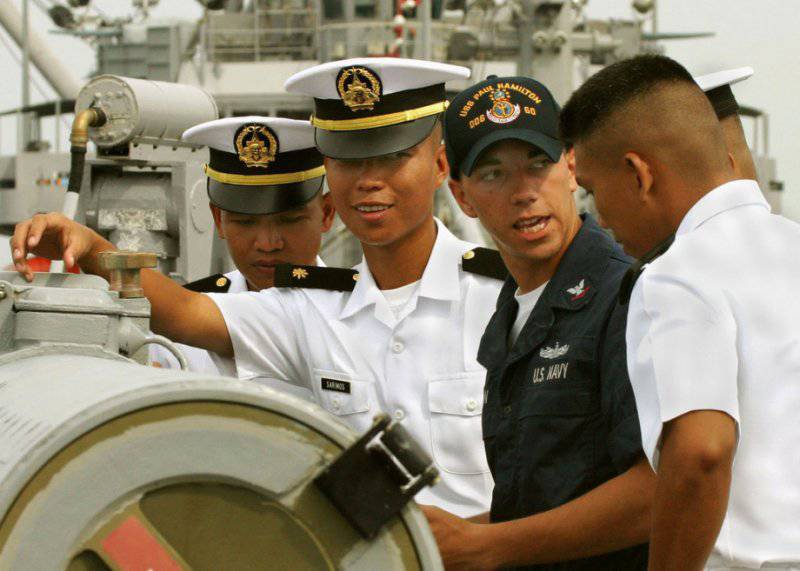 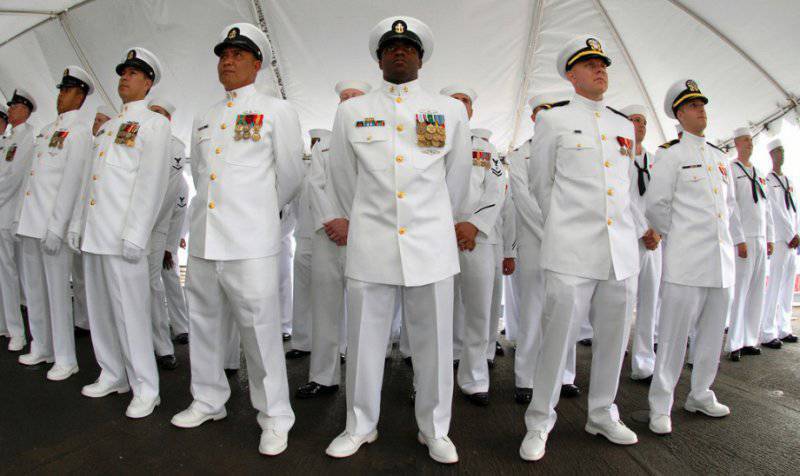 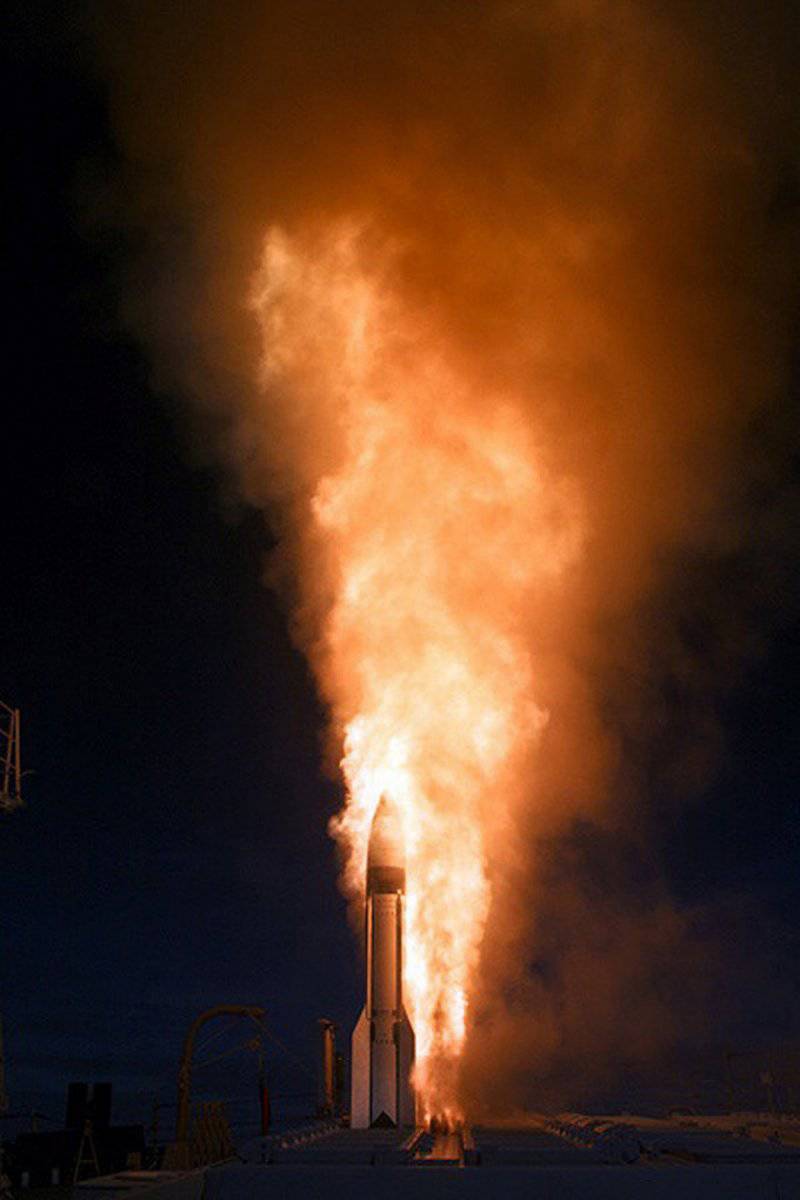