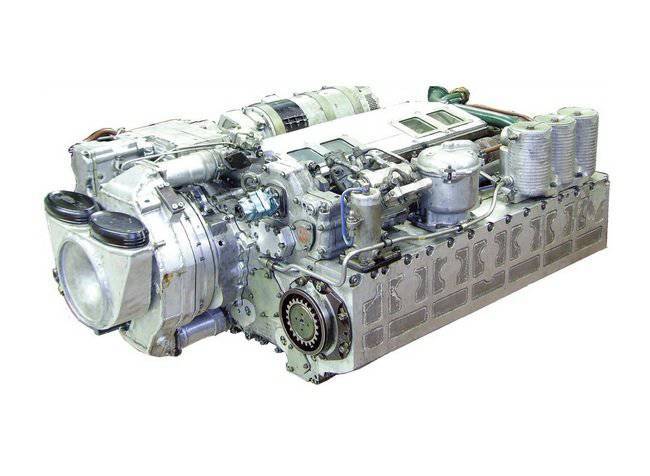 According to the General Designer of the Kharkov Engine Design Bureau (HKBD), a prototype of a promising tank engine with a power 1400l.s., which passed the design and development tests, has already been manufactured.

The development of a promising engine by experts of the Treasury enterprise Kharkiv Engine Design Bureau, has already aroused great interest among foreign experts and potential customers. It can be operated in any climatic conditions (up to 55 ° C) and has no equal in these indicators. Now the new 6TD-3 engine is being prepared for mass production.

The engines of the 6TD series are far ahead of time. And now, in terms of tactical and technical indicators, they are not inferior to the best foreign analogues. MTO volume with these engines is the smallest among all tanksmade in the world.

The new engine will have a mass in 1200 kg, and the power will be 1400 hp. The efficiency of reducing heat transfer will be 30% compared to four-stroke engines.

The possibility of supplying these engines for upgrading Russian T-72 series tanks was previously discussed. And for India, they have developed a version of the modernization of their T-90C tanks. It is proposed to install a new MTO with an 6TD-3 engine, a new Doublet, Zaslon protection, a panoramic sight and a number of other improvements already developed on Oplot tanks on the tank. This solution significantly improves the tactical and technical characteristics of the tank compared to the standard.