July 8 2013
51
The main armament of Russian strategic bombers is currently the X-55 family of cruise missiles. The ammunition that appeared in the early eighties had high characteristics, but this fact did not stop the development of the missile direction. Immediately after the adoption of the Kh-55 missile, the Raduga ICB started a new project, but due to the difficult economic and political situation in the country, active work in the late eighties and early nineties began only 10-12 years after the development of the previous missile. Currently, work is underway to create a new cruise missile for strategic aviation coming to an end. 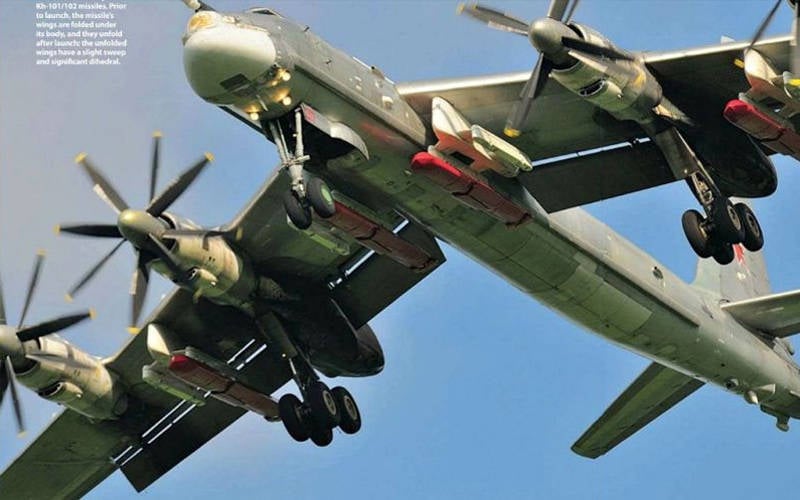 Approximately in the first half of the nineties, the Raduga ICB began a project aimed at creating two long-range cruise missiles: X-101 and X-102. It is worth noting that some sources mention other dates for the start of the project, from the first half of the eighties to the mid-nineties. It was assumed that both missiles will be as unified as possible, and all the differences will affect only the warhead. X-101 was supposed to carry high-explosive fragmentation warhead, X-102 - nuclear. Unfortunately, most of the information about the X-101 / 102 project is still classified and therefore part of the available information about it is evaluative. However, even with the current data deficit, a plausible picture can be made.

In the second half of the last decade, photographs of Tu-95MS bombers began to open to public access on a regular basis; some new missiles were located on the external load. The lack of information on any similar projects other than X-101 gave rise to corresponding assumptions. According to the most common estimates, the new X-101 has become larger and heavier than the previous X-55. The starting mass of the new missile is estimated at 2400 kilograms, of which 400 falls to the warhead. The length of the rocket is about 7,5 meters, the span of the folding wing does not exceed 4,5-5 meters. The diameter of the hull, presumably, remained at the level of the dimensions of the X-55CM rocket - near the 0,75-0,8 meter. 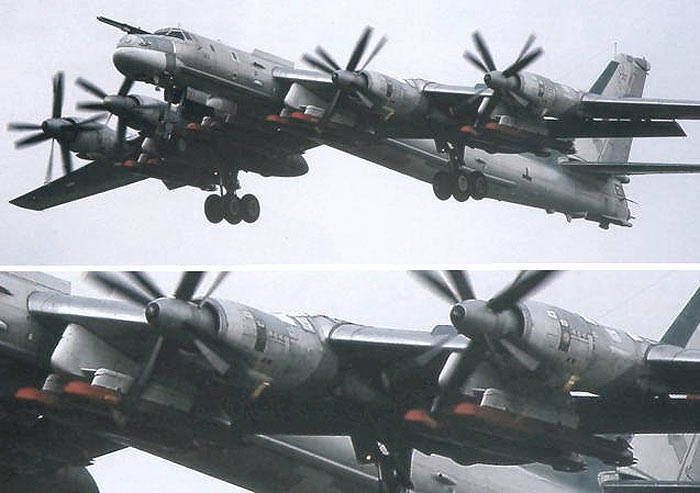 Based on the information that X-101 / 102 is a further development of the concept embodied in the X-55 project, it is possible to draw conclusions about the type of its propulsion system. This is probably an in-flight turbojet engine. Such a power plant will allow the rocket to fly at a cruising speed of 700-750 kilometers per hour or with a maximum of no more than 1000 km / h. The greatest interest of all the characteristics of a promising missile is the range. According to available information, the X-101 and X-102 missiles will be able to hit targets at ranges of about 5000 kilometers from the launch point.

Accurate data on the type of missile guidance system is missing. At the same time, several years ago, information appeared in the media, according to which the X-101 is equipped with a certain optical-electronic trajectory correction system with television guidance in the final stages of flight. Due to the lack of information it is difficult to say how true this information is. However, another version looks much more plausible: the rocket has an inertial guidance system, as well as equipment for radar or television correction in the final leg of the flight. 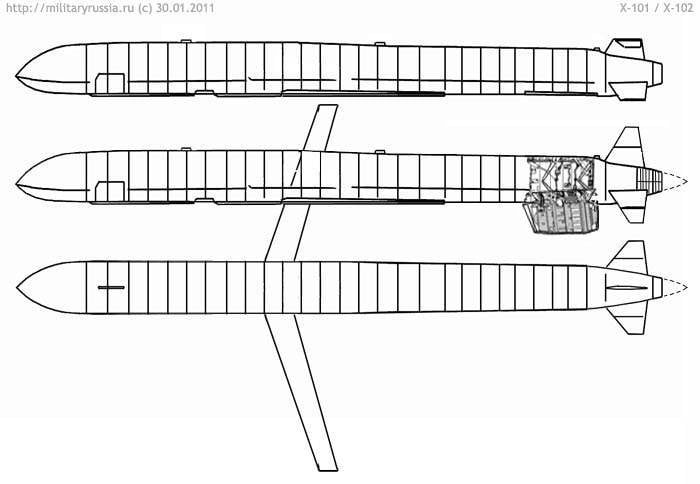 The available data on the accuracy of the new rocket are interesting. According to domestic sources, the circular probable deviation of X-101 is within 10-20 meters. According to Jane's, this parameter does not exceed 6-10 meters for a missile with a conventional warhead and 100 meters for a nuclear-equipped version. For obvious reasons, both versions of the accuracy information have not yet received official confirmation, nor have they been refuted.

Some sources mention the third variant of a promising cruise missile for long-range aviation. Ammunition with the conventional name X-DM should have an average range, which will significantly expand the capabilities of the developed family of missiles. At the same time, this development based on X-101 was last mentioned several years ago, which can be interpreted differently. In particular, it is impossible to exclude an option in which the customer refused a medium-range cruise missile and all work on it was abandoned.

Open data on the time and course of testing is also missing. Different sources mention different dates for the start of such works, from the second half of the nineties to the middle of the two thousandth. It is worth noting that the bulk of photographic materials, which depict Tu-95MS aircraft with new missiles, have appeared in the past few years. This may indicate intensification of the tests and their final stage. 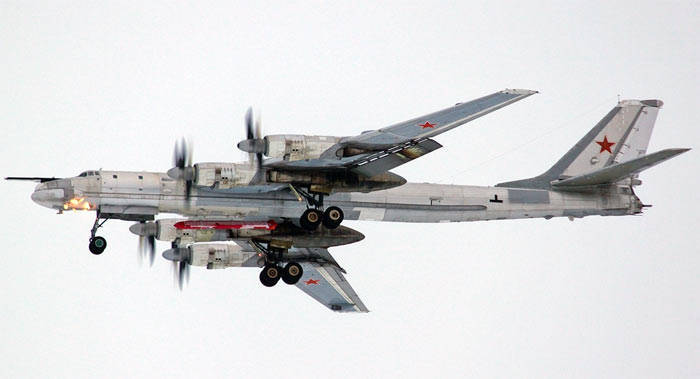 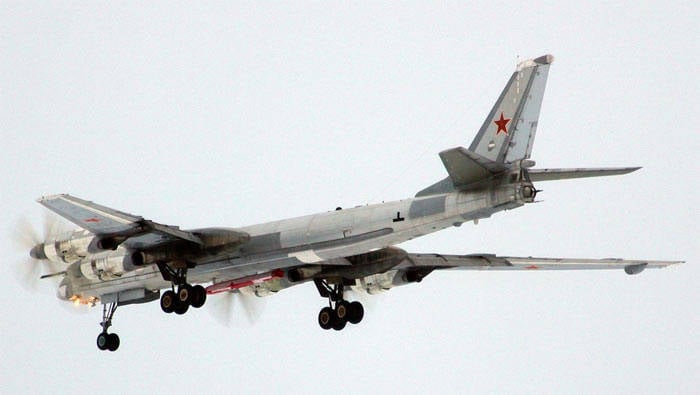 Last year, 2012 in the official statements of the leadership of the Ministry of Defense mentioned several times the completion of work on a new project and the early adoption of a missile for service. Moreover, in the spring, Defense Minister A. Serdyukov mentioned that the air force had already received a new missile. However, several months later, in September, other information appeared in the press. With reference to the Deputy Minister of Defense A. Sukhorukov, it was asserted that in the coming months a new ammunition for long-range aviation would be put into service. Probably, the statements of both heads of the military department dealt specifically with the X-101 and X-102 missiles.

Several months have passed since those statements, but there have not yet been official reports of the adoption of the X-101 / 102 cruise missile. Thus, it is likely that in the near future the arsenal of strategic aviation will indeed be supplemented by two types of new cruise missiles with conventional and nuclear warheads.