Chechnya is "separated" before the Sochi Olympics

July 8 2013
191
Chechen Republic. Urus-Martan district. The village of Tangi-Chu. The soldiers of the Internal Troops found a group of militants, whose representatives, in response to the offer to surrender, opened fire on the servicemen of the troops of the Ministry of Internal Affairs. In the ensuing firefight and in the course of the pursuit of militants rushing into the woods, one soldier was killed, one was wounded by a Kalashnikov assault rifle, two others were blown up by mines exposed by bandits, receiving serious injuries.
Chechen Republic. Shatoy district. The outskirts of the village Harsenoy. The fierce battle between the police and representatives of illegal armed groups lasted about a day. As a result of the battle, two policemen were killed, seventeen were injured of varying degrees of severity.


These events coincided with the speeches of Doku Umarov, the leader of the so-called “Emirate of the Caucasus”, who announced the start of a campaign to disrupt the Sochi Olympics. 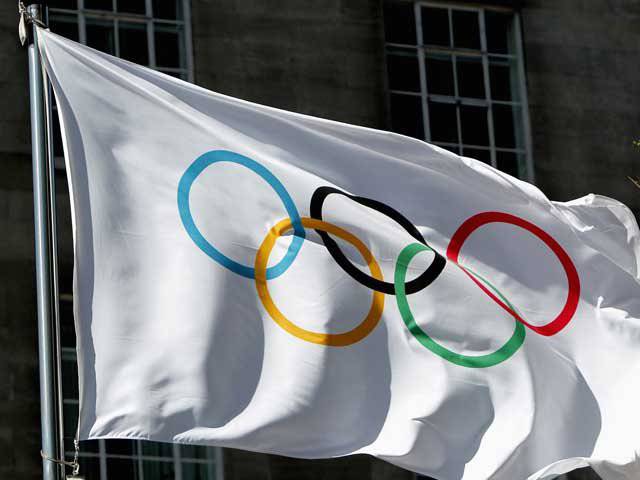 I urge every Mujahid, wherever he is - in Tatarstan, Bashkortostan or in the Caucasus - to make maximum efforts on the path of Allah to disrupt these satanic dances on the bones of our ancestors.
At the same time, Umarov “reminded” the Russians that the representatives of the “Emirate of the Caucasus”, it turns out, for a long time maintained the moratorium on terrorist acts in Russia. Now, the moratorium is being lifted, since, according to Umarov himself, the Russian authorities quote: “today they do not understand kindness - they consider kindness to be a weakness”.

It turns out that all this time Mr. Umarov was literally paternal (fraternal) kind to all of us, because he “forbade” his minions to undertake terrorist attacks against the population of the country. What a boundless kindness to all of us, it turns out, was a man ... But this is the very “good-natured” Umarov, who a couple of years ago (in 2011 year) ranked the entire Russian civilian population as personal enemies, taking responsibility for the bloody terrorist attack at the Moscow airport "Domodevo". The same "good-natured" Umarov, who at one time called himself the president of free Ichkeria and gave orders for the massacre of the civilian population, which was in favor of driving the militants out of Chechnya. That same “good-natured” Umarov, through which Qatari and Saudi financing of extremists in the North Caucasus was conducted and, obviously, continues to flow. His kindness has no limits ...

By the way, you should turn to the recent historical retrospectively and recall that in connection with this, Mr. Umarov announced a so-called moratorium on terrorist acts in various regions of the Russian Federation. So, recall. This moratorium was announced in early February 2012. Why at this moment? The answer is simple: because it was at this time that Russia to a certain extent was seething with all kinds of opposition actions in which the puppeteers of Mr. Umarov saw an opportunity to achieve their goals. To achieve what is called small forces and means. Sit back on the sidelines, and wait for what the crowd will do, and then manifest itself in the form of "democratizers" following the example of Libya or Syria.

It was in early February last year that Umarov himself declared that he, he says, saw in Russia a manifestation of civil protest processes directed against the course of the Russian authorities. At the same time, the first words appeared about the moratorium on terrorist actions.

But, as we understand, much in the plans of Umarov, or rather, in the plans of those who use this figure in their own interests, did not grow together, and therefore have to play back. Acting out lies in the fact that Umarov declares the lifting of the moratorium ... And what, this moratorium by the militants, fueled by "dirty" financing, was also implemented? An endless series of terrorist attacks in Dagestan, constant reports of clashes with militants in Ingushetia, Kabardino-Balkaria - are these also manifestations of Umarov’s moratorium? Or Mr. Umarov simply takes a lot on himself, trying to convince everyone (and himself too) that he, and only he, can afford to exercise control over North Caucasian extremist groups. The delusions of grandeur against the background of an even more serious mental illness ...

In a peculiar form, without constraining himself in expressions, the head of Chechnya Ramzan Kadyrov expressed his answer (in absentia) to Umarov:
I watched the recording (Umarov - approx. Author), by his appearance it is clear that he hid and otlelyivaetsya somewhere. The little rat is a little rat, so what else can you expect from it? ..

At the same time, Kadyrov added that Russia is ready for holding competitions of the highest level, which cannot be liked by the enemies of Russia, using, among other things, such a “tool” as Doku Umarov. Earlier, Kadyrov had already stated that he would be very upset if Umarov could die his own death ...

So, the "moratorium" of Umarov is canceled. What can the North Caucasus region expect after this statement by the leader of the underground gangs in the Caucasus? It can be assumed that additional security forces will be transferred to the territory of the North Caucasus, which will extract, as Ramzan Kadyrov put it, the rat soot out of their holes and violate the plans of those who are trying to use a big sports festival as an opportunity to achieve their goals of “democratization”. »Another region on the political map of the world.

Quote from the official online resource of the National Anti-Terrorism Committee:
Despite periodically quoted in the media appeals of various leaders of gangs operating in certain regions of the North Caucasus, all government agencies, special services and law enforcement agencies of the Russian Federation are constantly implementing a set of measures aimed at ensuring the safety of Russian citizens. Particular attention is paid, including the preparation and conduct of major international sports events.

It is noteworthy that at this very moment “Levada Center” publishes the results of a reasonably interesting poll, which is designed to reveal the attitude of the Russians (the respondents of the Russian population) to the withdrawal of Chechnya from the Russian Federation. It is an interesting survey, and its result is also interesting. Levada Center claims that 51% of Russians (what an interesting number, isn't it ...) in one way or another support the separation of the Chechen Republic from Russia. At the same time, 24% of respondents advocate precisely for separation, and even 27% will not mind if such separation takes place.
This time, the Levada Center even announces the reasons why the “majority” of Russians speak of the need for secession of Chechnya. Let us list these reasons: the work of the Chechen police in other Russian regions, shooting weddings in the Russian capital, the behavior of the “guests” from Chechnya in other subjects of the federation, the privileges enjoyed by Chechnya.

Well, Levada Center conducted a typical survey, and concocted the same results that were digestible. Well, in fact, how can a representative of a “cohort” of foreign agents announce that the majority of Russians are in favor of preserving the integrity of the country and jointly solving the accumulated problems. This is somehow, sorry for the clumsy expression, not "agent-based" ...

Apparently, the closer the opening day of the Sochi Olympics comes, the more such polls will appear with similar results, the more time the same rat sockets will spend “on the air”, practicing the funds coming from the hands of the main “democratizers” from among the “free” states Arabian Peninsula.

Ctrl Enter
Noticed a mistake Highlight text and press. Ctrl + Enter
We are
Geopolitical Mosaic: Jesse Ventura will become US President in 2016, and Putin will turn Europe into RusropSo alive or dead to Doku Umarov?
191 comment
Information
Dear reader, to leave comments on the publication, you must to register.