Scientists have shared the prospects of interstellar flights

July 5 2013
86
Scientists say that with small steps mankind is moving towards a future in which flights from one planetary system to another will finally become a reality. According to the latest expert estimates, such a future may occur within one or two centuries if scientific progress does not stagnate. At one time, only with the help of the Kepler super-power telescope, astronomers were able to detect 54 potentially habitable exoplanets. All these worlds far from us are located in the so-called habitable zone, at a certain distance from the central star, which allows us to maintain the planet's water in a liquid state.


At the same time, to get the answer to the most important question, whether we are alone in the Universe, is rather difficult. Because of the very large distances that separate the solar system and our closest neighbors. For example, one of the "promising" planets Gliese 581g is located at a distance of X-years of light years in 20, which is pretty close by the standards of space, but so far very far from ordinary earth technologies. The abundance of exoplanets within a radius of 100 and less than light years from our home planet, and the very large scientific and even civilizational interest that they represent for all of humanity, force us to take a completely new look at the hitherto fantastic idea of ​​making interstellar flights.

The main task that cosmologists and engineers are facing today is the creation of a fundamentally new engine that would allow earthlings to overcome enormous cosmic distances in a relatively short time. At the same time, the implementation of intergalactic flights is not yet discussed. To begin with, mankind could explore our home galaxy - the Milky Way. 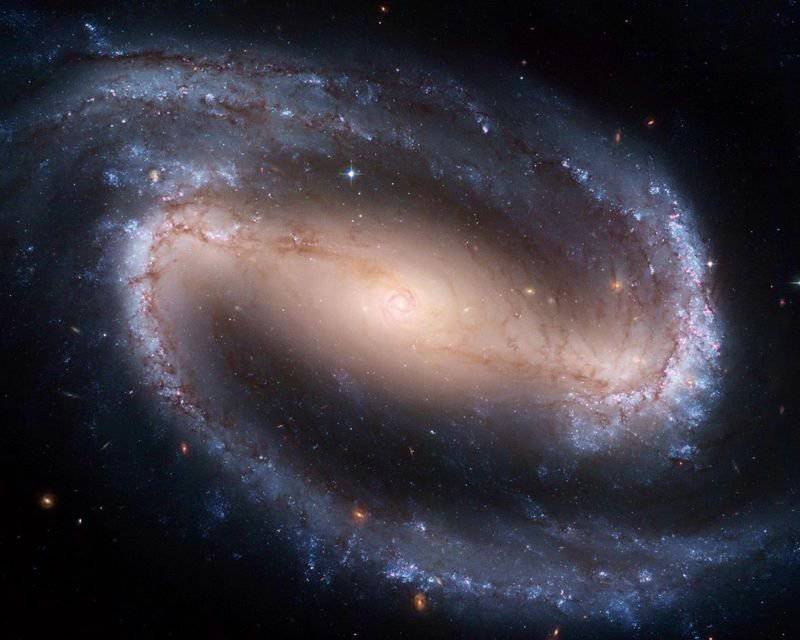 The Milky Way consists of a large number of stars around which planets revolve. The star closest to the Sun is called Alpha Centauri. This star is removed from Earth on 4,3 light years or 40 trillion kilometers. If we assume that a rocket with an ordinary engine will fly from our planet today, then it will be able to overcome this distance only in 40 thousands of years! Of course, such a space mission looks absurd. Mark Millis, the former head of the NASA project to create new technologies in the field of engine creation and the founder of the Tau Zero Foundation, believes that humanity needs to go long and methodically to create a new type of engine. Nowadays, there are already a huge number of theories about how this engine will be, but which of the theories will work, we do not know. Therefore Millis considers it senseless to focus only on one technology.

Today, scientists have concluded that future spacecraft can fly using a thermonuclear engine, a solar sail, an antimatter engine, or a space-time warping engine (or a warp engine, which is well known to fans of the Star Trek series). The latter engine, in theory, should make it possible to fly faster than the speed of light, and hence small time travel.

At the same time, all of the listed technologies are only described how no one knows how to put them into practice. For the same reason, it is not clear what kind of technology gives the most hope for implementation. True, a number of solar sails have already managed to fly into space, but to accomplish the manned mission of interstellar flights, a huge sail with the size of the Arkhangelsk region will be needed. The principle of operation of the solar sail practically does not differ from the wind one, only instead of the air flow it catches the super-focused rays of light emitted by a powerful laser device rotating around the Earth. 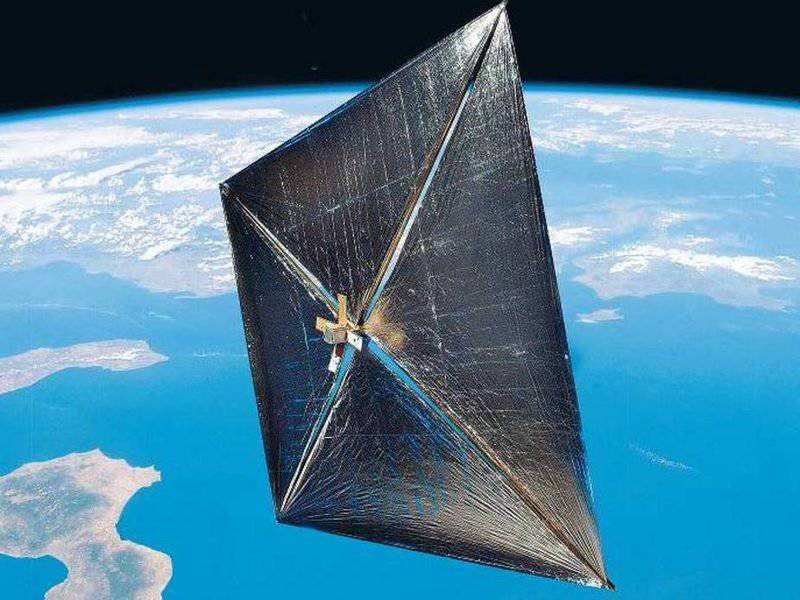 Mark Millis in the press release of his Tau Zero fund says that the truth is somewhere in the middle between the solar sails that are almost familiar to us and absolutely fantastic developments, like a warp engine. “It is necessary to conduct scientific discoveries and slowly but surely move towards the intended goal. The more people we can get interested in, the more funding we will attract, it’s the financing that is currently sorely lacking, ”Millis says. Mark Millis believes that funding for large projects should be collected bit by bit, not counting on someone unexpectedly investing a fortune in the implementation of scientists' ambitious plans.

Today there are plenty of enthusiasts around the world who believe and are confident that the future needs to be built now. Richard Obuzi, who is the president and co-founder of Icarus Interstellar, notes: “Interstellar flights are an international initiative of many generations of people, which requires enormous intellectual and financial costs. Already nowadays we must initiate the necessary programs so that in a hundred years mankind can break out of our solar system. ”

In August of this year, the company Icarus Interstellar is going to hold a scientific conference Starship Congress, at which leading world experts in this field will discuss not only the possibilities, but also the consequences of interstellar flights. The organizers note that the conference will also organize a practical part, which will consider both short-term and long-term prospects for the development of deep space by humans. 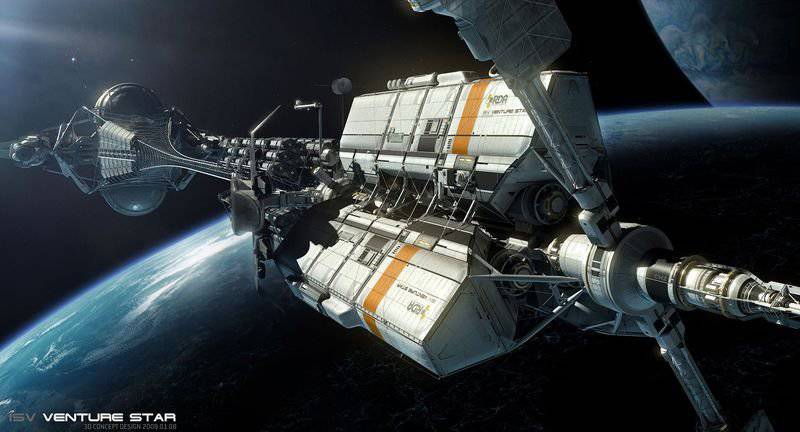 It should be noted that such space travel requires a huge amount of energy, which mankind in our day does not even think about. At the same time, the improper use of energy can cause irreparable harm to both the Earth and those planets on the surface of which a person wants to land. Despite all the unresolved problems and obstacles, both Obuzi and Millis believe that human civilization has every chance to leave the limits of its “cradle”. Invaluable data on exoplanets, star systems and alien worlds that were collected by the Herschel and Kepler space observatories will help scientists to carefully plan their flights.

To date, the existence of exoplanets around 850 has been discovered and confirmed, many of which are super-earths, that is, planets with a mass that is comparable to that of the Earth. Experts believe that the day is not far off when astronomers will be able to confirm the presence of an exoplanet that would resemble our own two drops of water. In this case, funding for projects to create new rocket engines would increase significantly. Extraction of minerals from asteroids should play its role in space exploration, which now sounds not as unusual as the same interstellar flights. Mankind must learn to use the resources of not only the Earth, but also the entire Solar System, experts say.

Scientists and engineers from the American space agency NASA, as well as the United States Agency for Advanced Defense Research and Development - DARPA, have joined the problem of interstellar flights. They are ready to unite their efforts in the framework of the project “100-year Starship”, while this is not even a project, but a project of the project. The 100-year Starship is a spacecraft that could perform interstellar flights. The task of the current stage of research is to create the “amount of technology” that is necessary for interstellar flights to become a reality. In addition, a business model is being created that would allow attracting investments to the project. 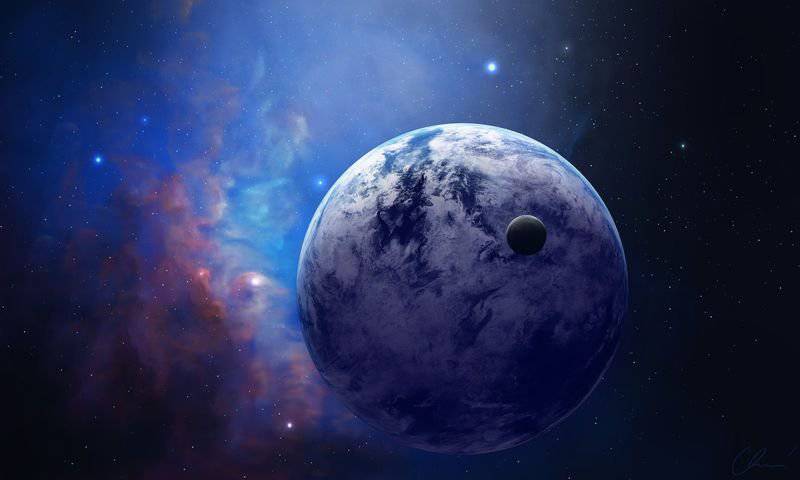 According to Pavel Eremenko, who is the press secretary of DARPA, this project will need “stable investments in financial and intellectual capital” from various sources. Eremenko also stressed that the goal of the 100-year Starship project is not only the development and subsequent construction of a starship. “We are making all possible efforts to stimulate the interest of several generations to innovate and discover breakthrough technologies in a variety of disciplines.”

DARPA specialists hope that the results obtained during the work on this project will be used by the US Department of Defense in various areas, such as life support systems, energy, computer technology.

Ctrl Enter
Noticed a mistake Highlight text and press. Ctrl + Enter
We are
Project Longshot. Reach for the starsCosmonautics has a limitless future, and its prospects are endless, like the Universe itself (S. P. Korolev)
86 comments
Information
Dear reader, to leave comments on the publication, you must to register.