Russian bear is angry for a reason ("Rebelion", Spain) 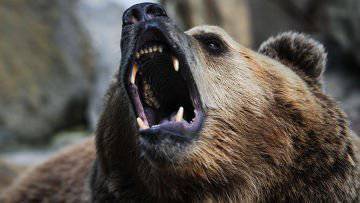 Everything indicates that Russia does not want to play the role of a balagan bear, which does not react to whistling, laughter and hooting, but at the same time it is afraid of a sharp blow of a whip. This is exactly the role that some wanted and want to take to Russia.


Perhaps, the times when the drunk who became president (George Bush, by the way, is not alone) have irrevocably sunk into oblivion, destroyed the existing state institutions with the use of military force and with the help of a coup d'état to plunder, privatize state property , stories THE USSR. This led to the fact that "Moscow stopped playing a leading role on the world stage and turned into an obedient executor of decrees from Washington, although Yeltsin sometimes allowed himself to buck, for example, during events in the former Yugoslavia," reminds us of Ihinio Polo (Higinio Polo) in the online edition of El Viejo Topo.

The West can hardly come to its senses after reports that a few days ago the Russian army conducted successful tests of an intercontinental ballistic missile that no American missile defense system can intercept.

“Neither the current nor the future American systems will be able to prevent the rocket from achieving its goal,” Deputy Prime Minister Dmitry Rogozin assured.

And this, undoubtedly, is by no means a sign of imperial ambitions, as naive people (if any) might think, but measures to ensure their own security.

Already during his first presidency (from 2000 to 2008 year), despite the heavy Yeltsin's legacy (as Ichinio Polo put it), Vladimir Putin conducted an in-depth analysis of the US imperial policy and the consequences of their belligerent course, subjecting to harsh criticism - among other unfulfilled promises - expansion NATO and the approach of its infrastructure to the borders of Russia. 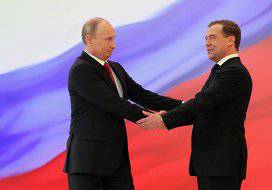 But this is not the end. After the deployment of elements of the US missile defense system in the Czech Republic and Poland, the Iskander-M complexes were deployed in the Kaliningrad region. In addition, Russia is rapidly adopting a Bulava sea-based hypersonic nuclear missiles, the flight path of which is impossible to predict, which makes it very difficult to intercept them.

Indeed, one does not need to have the special gift of providence in order to distinguish between the “vague object of desire” of the ruling elite of world capitalism, which entered its late stage.

Moscow leaders are closely following the development of the international situation. Possessing rich mineral resources, a vast territory (and therefore the opportunity to influence the development of the situation in the energy-rich eastern countries from Pakistan to the Maghreb) and acting as a counterbalancing factor in the growing rivalry with each passing day between the US and China, Russia every day plays increasingly significant role on the world stage. And this role is reinforced by its great national dignity.

No wonder the Russian bear is angry and growls. He correctly believes that two-three-toed clums like him are better than a lone buffalo on a plain. 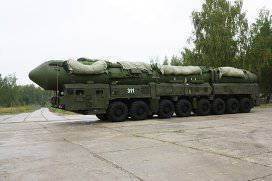 Or is it necessary to remain silent in the face of the deployment of an antimissile shield designed to deliver a disarming nuclear strike? To pretend that nothing is happening when this very antimissile shield is deployed in Europe and is being hatched for expansion to Israel and a number of Arab states with reactionary ruling regimes? Or is it nice to smile after the Pentagon declared the Asia-Pacific region a zone of its priority interests, while aggression against Iraq and Afghanistan continues, is there a dirty war in place to change the regime in Syria in the Libyan scenario?

You have to be truly insane, if not suicidal, with folded arms to observe how the new spiral of the Cold War is spinning, rooted away from where you know yourself.

Moscow did not begin to think long and in response to the growth of the US military budget, which constitutes 43% of world military spending (despite the acute economic crisis in which they were mired), 1,2 allocated a billion dollars to accelerate the modernization of Iskander-M missile systems, capable of disabling elements of the American missile defense system, stationed in Europe. At the same time, the Russian leadership does not cease to call for the prevention of a possible aggravation that could lead to a universal catastrophe. These appeals sound very convincing, if we recall the death of millions of people during the Second World War.

Ctrl Enter
Noticed oshЫbku Highlight text and press. Ctrl + Enter
We are
A tumor that threatens Europe ("Rebelion", Spain)Results of the week. “Do what you want, but in half an hour in the forest it was light, dry and bear!”
Military Reviewin Yandex News
Military Reviewin Google News
131 comment
Information
Dear reader, to leave comments on the publication, you must to register.