Aircraft carrier for the Russian Navy: a scale model and future plans

July 5 2013
154
One of the most popular topics of recent times has again come to the fore. Over the past few days, statements by officials and other “news stories” have appeared in the media regarding the possible construction of new aircraft carriers for the Russian naval fleet... Unfortunately, while in the news there was no date for the start of the construction of such ships or their commissioning, but now it is possible to make some estimates and conclusions.


In the last days of June, Deputy Defense Minister Y. Borisov spoke on a promising Russian aircraft carrier. As he told on the radio station "Echo of Moscow", in the current state armament program, providing for the re-equipment of the armed forces before 2020, the construction or even the creation of a new aircraft carrier project does not appear. At the same time, the absence of such plans within the framework of the current state program does not preclude their appearance in the future. According to Borisov, the start of work on the aircraft carrier project is worth the wait in the next state program. The probability of this event is high and in the future the Russian Navy may receive a new aircraft carrier. 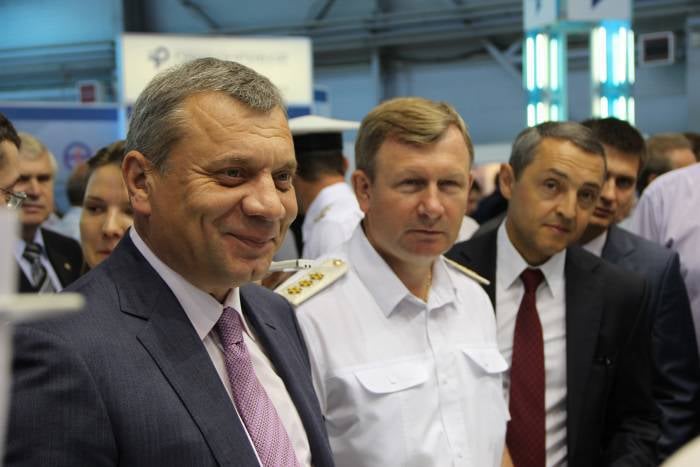 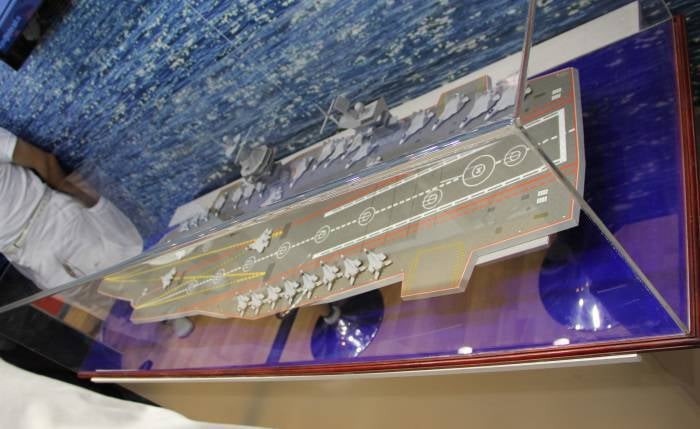 However, the carrier program has a number of characteristic controversial features. First of all, Borisov noted the high cost of such a ship. One aircraft carrier will cost tens of billions of rubles, which requires paying special attention to the financial side of the project. According to the Deputy Minister of Defense, in some cases it is more correct and more expedient to build not one aircraft carrier, but several frigates and corvettes that will strengthen a certain compound in the composition of the Navy. The aircraft carrier, in turn, itself needs to be accompanied by other ships. And yet, the Russian shipbuilding industry has the capabilities necessary for the construction of aircraft carriers. Therefore, before the start of implementation of such projects, it is necessary to evaluate financial capabilities and make an informed decision. Borisov noted that a return to aircraft-carrier topics is possible in the period from 2015 to 2025.

It is worth noting that Yu. Borisov himself is a supporter of the opinion on the need for aircraft carriers. Speaking about the potential of such ships and the reasons for their sympathy for them, he recalled the experience of the United States. The mere appearance of American aircraft carriers in the region can influence the policies of local countries. In addition, aircraft carriers can effectively carry out combat work in the context of local conflicts characteristic of recent times. Perhaps, in the future, while discussing the need to build aircraft carriers for the Russian fleet, Borisov will defend his point of view and defend a promising project. However, such disputes in the highest circles of the Ministry of Defense will begin only in the future, when preparations for a new state armament program start.

Just a couple of days after the speech of Y. Borisov, his statement about the possibilities of domestic shipbuilding was confirmed by one of the USC leaders. Director of the State Defense Order Department of the United Shipbuilding Corporation A. Shlemov assured the public that the Russian defense industry enterprises are ready for the execution of such a complex project. As evidence of their readiness, Helmets cited recent work on the repair and refurbishment of the aircraft-carrying cruiser Admiral Gorshkov, now bearing the name Vikramaditya. In the coming months, this ship will pass the remaining stages of sea trials and go to the duty station, to India.

Shlemov noted that the question of the need for aircraft carriers in the Russian Navy is conceptual in nature. Leading countries either have or are building an aircraft carrier fleet, and this clearly indicates current trends in the world. As for aircraft carriers for the Russian fleet, Shlemov referred to the numerous opinions of experts, according to which our country needs such ships, and in the amount of several units. They must serve in the Northern and Pacific Fleets. At the same time, the decision to start such a complex and expensive project should be made at the state level, but not by the fleet or the Ministry of Defense independently.

Defense ministry officials and leaders of the United Shipbuilding Corporation, who have raised the topic of aircraft carriers in recent days, agree that the aircraft carrier ships are needed by the Russian navy, but their construction should be carried out only in the foreseeable future. But despite the absence of aircraft carriers in the current state armament program, some scientific and design organizations have already dealt with the subject of promising aircraft carriers. The first results of this were shown just yesterday.

In the course of the International Naval Salon, currently operating in St. Petersburg, the FSUE Krylov State Research Center showed the representatives of the Ministry of Defense and the press their own version of a promising ship. The commander-in-chief of the Navy, Admiral V. Chirkov, and the Deputy Minister of Defense, Yu. Borisov, were shown a model of a new aircraft carrier created by the Scientific Center. For obvious reasons, this project is still of a sketchy nature and does not pretend to immediately begin the construction of the finished ship. Nevertheless, the shown model and the declared characteristics of the project look quite interesting and allow to draw some conclusions.

The model shown has a characteristic wide and long flight deck with a springboard in the bow and four take-off positions. On the starboard side of the model are two relatively small superstructures. The declared displacement of the ship is 80 thousand tons, which gives grounds for assumptions about the size of the ship. Approximately the same full displacement was supposed to have an unfinished nuclear aircraft carrier Ulyanovsk. Thus, we can conclude that a promising aircraft carrier from the Krylov State Research Center will have a length of more than 300 meters and a maximum width of the flight deck of at least 70-75 meters. The ship, allegedly, should be equipped with a conventional power plant, allowing it to accelerate to speeds around 30 nodes. Other details were not disclosed.

On the deck of the model shown were miniature copies of two types of fighters. These were the mock-ups of MiG-29K ship fighters and the model of the as yet non-existent (at least, it has not yet been officially announced) deck version of the fifth generation T-50 fighter (PAK FA). The total number of aircraft models is about 25-30 units. Based on this, we can draw some conclusions about aviation a group of a promising aircraft carrier, but its dimensions directly speak of much greater possibilities for the transportation and operation of aircraft.

It is not necessary to remind that the project of a new aircraft carrier presented on IMDS-2013 is far from construction. Before laying a promising ship, engineers and the military will have to determine the mass details of its appearance. Moreover, before the appearance of the ship will have to discuss the very fact of the need for aircraft carriers in the Russian Navy. Judging by the statements of the management of the United Shipbuilding Corporation, our industry is able to cope with the construction of aircraft carriers. But will she be assigned such a task? The final resolution of this issue is with the leadership of the Ministry of Defense and the country.

Ctrl Enter
Noticed oshЫbku Highlight text and press. Ctrl + Enter
We are
The cruisers of the 68 bis project: the Sverdlov missions in the post-war fleet of the USSR. 3 part"Svetlana". History of creation
Military Reviewin Yandex News
Military Reviewin Google News
154 comments
Information
Dear reader, to leave comments on the publication, you must to register.