Iran has not only a new president, but also new sanctions

July 8 2013
28
Iran is hoping for a change. After the presidential elections, there was talk of liberalization, modernization, democratization, openness, improving relations with the West, curtailing the course of a hard confrontation with the United States and resolving the issue of a nuclear program as soon as possible. (It suggests similarities with the Soviet "perestroika"). Meanwhile, Washington has introduced a set of new sanctions against Tehran, which should finally stifle the Iranian economy. 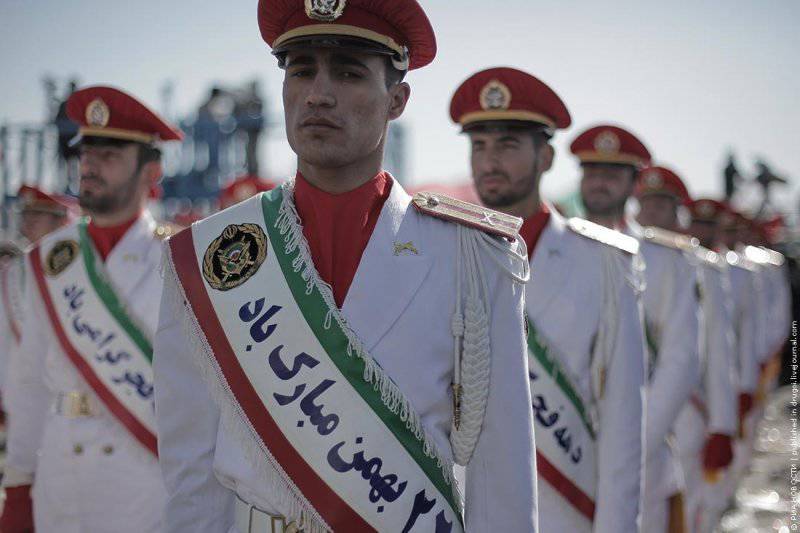 According to the results of the June elections, 64-year-old Hassan Rouhani became the president of Iran. “This great epic event (the election of the head of state) opens up new opportunities for us, and countries that advocate democracy and open dialogue should respect the Iranian people and recognize the rights of the Islamic Republic,” he said at the first speech after the victory. "This is a victory of intelligence, restraint and progress over extremism," - further quotes his words Interfax.

Congratulations on the victory were pretty friendly. The world powers seem to have forgotten about their differences.

As the BBC reported, the United States is ready for talks with the Iranian authorities on the nuclear program after Rouhani’s victory.

Director General of the Center for the Study of Modern Iran Rajab Safarov, whose opinion leads Interfax, believes that Rouhani is likely to take a course towards restoring relations with the West. “I believe that in any case, Hassan Rouhani and his team will abandon the course of a hard confrontation with the West, which was held for eight years under Ahmadinejad. Bad relations with the West largely determined the extremely difficult economic situation of Iran and the sharp decline in the standard of living of the population, ”he said.

He added that "Tehran will not be able to solve economic problems without changing its foreign policy, and therefore it should be expected that Rouhani will give the Iranian nuclear program a transparent character."

Channel "Euronews" reports the expectation of Tehranis transformations. Rouhani for Iranians has become a symbol of change, observers say. “Long live reforms!” The residents of Tehran are chanting. Breaking the dust and conservatives, Rouhani guaranteed freedom to the people, promised to “return ethics to politics”, raise the economy from his knees and improve relations with the rest of the world, the channel transmits.

The unnamed resident of Iran says: “The people voted! The support of the former presidents Rafsanjani and Khatami, especially in the last few days, and Aref’s self-withdrawal - all this inspired the country and allowed these elections to open the way for reformers. ”

Dmitry Zelenin (ITAR-TASS, Beirut) writes that a 64-year-old politician who has religious Khojatol eslama is popular with young people, who are waiting for modernization from him. As the observer Ali Badram notes, the Iranians are counting on the new president to initiate the policy of “infitah” - liberalization in the economic and domestic political sphere.

Thus, many expect the new president, firstly, something liberal and democratic, secondly, rapprochement with the West, thirdly, in general, change, because Iran is tired of pressure, tired of sanctions, exhausted from a semi-enclosed state behind the nuclear program. The West hopes for it in its own way, in the person of the USA. Words of readiness for talks on the nuclear program after the victory of Rouhani, coming from Washington, is a direct indication of what America expects from Tehran.

Well, for now the crux of the matter, the United States decided to continue the sanctions pressure on Iran.

How is the channel "RT", with 1 July, new sanctions against the republic came into force. Their package was adopted in December 2012 year. From now on, the sale of gold to any person or government institution of the Islamic Republic of Iran will entail tough measures against the merchant.

And now Turkey, one of Iran’s main partners in gold transactions, may be among the violators. US congressmen guess that Turkey buys natural gas from Iran in exchange for the precious metal, thus bypassing the previously existing prohibitions.

Also, the violator of the new rules will be recognized by any person or organization doing business with the Iranian energy sector or with those sectors of the economy that Washington considers related to the Tehran nuclear program.

Iranian-Turkish (and not only Turkish) barter, as they think in Washington, will be finished.

Vladimir Sazhin ("Voice of Russia") tried to answer the question: will the tightening of measures help resolve the Iranian nuclear problem in Rouhani?

The analyst gives some numbers. The complex of sanctions imposed by the UN Security Council, the United States, the European Union and other countries has a devastating effect on the Iranian economy. The country loses more than 50 billion of oil dollars a year. Lost business opportunities exceed the amount of $ 100 billion annually. The inflation rate over the past twelve months, according to official data, exceeded 40%.

Didn’t the White House rush to impose sanctions during the transition period? After all, the victory in the presidential election Rouhani was achieved largely due to his desire to resolve the nuclear problem.

Similar intentions of the newly elected president to ignore are strange. Rather, they need to be encouraged. And it is better to postpone the sanctions measures, the journalist believes, at least until the policy of the new government of the Islamic Republic of Iran is clarified. Sanctions will play into the hands of opponents of any compromises on the nuclear issue, the analyst believes.

Sergey Vasilenkov (Pravda.ru) reminds that the USA is waging an information war against Iran, aimed at demonizing the leadership of the state.

Recently, the broadcasting of Iranian TV channels to the West was stopped. This was done under pressure from US sanctions. A number of satellite broadcasting systems operated by European companies have stopped broadcasting Iranian channels, including Press TV. Such European satellite systems as Intelsat, Eutelsat, Hotbird and Australian Optus closed it down.

José Manuel Toscano, Director General of the International Organization of Satellite Telecommunications, called on the United States and Intelsat to suspend the disconnection of channels and enter into negotiations on the resumption of broadcasting.

The US war against Iran is also being carried out in the cybernetic field. Iran’s nuclear information systems are subject to virus attacks. The Stuxnet virus was launched in June 2010 of the year in order to disrupt the work of the Bushehr nuclear power plant and uranium enrichment facilities. At the military plant in Natanz, writes S. Vasilenkov, there were technical problems that influenced the operation of centrifuges. Tehran's nuclear development has been suspended. The next viral entry occurred in April 2011 of the year. The virus “Stars” was used against Iranian state institutions. In the third attack went the virus "Duqu", intended to steal information.

Returning to the issue of sanctions, it should be noted that in Iran itself their use is considered a failed policy.

The IRIB agency quoted the representative of the Iranian Foreign Ministry, Abbas Aragchi, correspondent "Trend" E. Tariverdiev. Comrade Aragci says: "We are surprised that the United States and some other countries apply such a failed policy."

Unilateral sanctions imposed against Iran cannot solve the issue of Tehran’s nuclear program. According to the representative of the Ministry of Foreign Affairs, the sanctions only complicate the situation. The diplomat clarified purely on an Eastern scale: “The lifting of sanctions may partially solve the issue related to the Iranian nuclear issue, but the introduction of sanctions is not a solution.”

Let's sum up. With a smile, expressing hope for negotiations on the nuclear program and wishing Comrade Rouhani success, the West, after a couple of weeks, tightened the noose around Iran’s neck. You know that, as if a neighbor, shaking hands with you on the landing, would have set fire to the door of your apartment in the evening.