Geopolitics geoparalitika, or This oak still makes some noise? 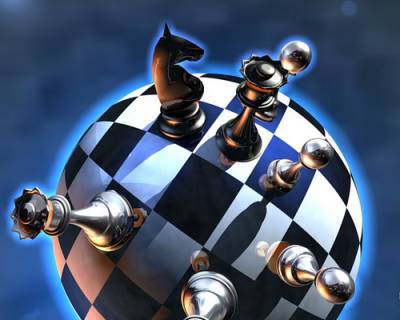 Unprecedented situation in the newest world stories, formed around Snowden, offers a slightly different look at the "great chessboard" of the political space of the Earth and the "world champion" in geopolitical chess - the United States.


Unprecedentedness is obvious. Firstly, the scale of the invasion of privacy is unprecedented, secondly, from the world-famous freedom fighter for democracy and democracy, thirdly, caught by the hand, but not even apologetic, fourthly, without looking at what any decency requiring the return of a "state criminal." But the most important thing in this is that “not only small and weak like Poland, but also such pillars of freedom as France, or such fighters against imperialists like Russia, took the“ peak ”. We can assume that the leaders of other countries thank their Gods for the fact that it did not occur to Snowden to land at their airports.

Such a touching unity behind Uncle Sam makes you think that assorted analysts and forecasters telling about the end of the American empire and its imminent inevitable collapse in the foreseeable future are wrong at least in time, and they can be mistaken on the event itself.

The collapse of the USSR made the United States the only superpower. Attempts to “brighten up” the proud loneliness of the States by the European Union, China or Russia, for all their beauty, are in vain - not a single state or bloc of states is currently capable of competing with the United States of America for the foreseeable future.

And the United States themselves firmly hold their nose in the wind, really appreciating the capabilities of their competitors. And those for them are now the Islamic states and the PRC.

Having missed the anti-Americanism of radical Islam (which, in general, it is not surprising - they themselves were brought up and burned), the Yankees made the right conclusion, developed a plan and started to implement it with their usual vigorous energy.

As a result, the Islamic world is increasingly drawn into a whole system of conflicts, the causes of which are heavily implicated in political, economic, cultural and religious differences.

The Arab Spring was made by meteorologists, who studied on the same courses as gardeners of color revolutions in Europe. Libya, Syria and Egypt demonstrate not only the growing art of these specialists, but also the fact that they themselves are all the better able to stand aside, exposing their own either too stupid, too loyal, or stupid and loyal supporters. Afghanistan also fits into this policy - in the very near future, it will become a headache for Russia, which will become an additional obstacle to its ascent to superpower. At the same time - the height of professionalism - Israel was excluded from this hot “porridge”, and all attempts to rally the Arab world against the traditional enemy are stopped.

Harder with the PRC. The Chinese civilization is so hard for the European understanding, and accordingly, counter-actions, that here it is necessary to rely on traditional tools — economics, military strength, small, invisible to the layman’s eyes, injections and bites, which undermine the enemy. And these are long-lasting instruments (and the USSR is an example of this). But the effect is - China is beginning to experience serious difficulties in a number of areas. And we can assume that they will only increase.

With the effective localization of these players, the United States is able to maintain the status quo for an almost unlimited period of time, the length of which will depend on the art of playing the geopolitical chess of the Yankees themselves. Well, the "figures" can only hope for force majeure.