At the edge of the radar 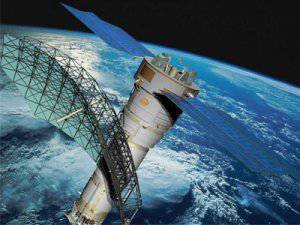 4 July 2013, Federal State Unitary Enterprise “Central Research Radio Engineering Institute named after Academician A.I. Berg ”, better known to older people as the“ 108 Institute ”, celebrates its 70 anniversary. Founded on the very eve of the Battle of Kursk, at a difficult time for the country, the institute, by the very fact of its appearance, further strengthened people in the faith by virtue of Russian weapons and in the coming victory over the Nazi invaders.


The institute was created as the leading radar institute of the country. Such outstanding scientists as academicians B.V. Vvedensky and V.A. Fock, corresponding members A.I. Berg and M.A. Leontovich, many other prominent experts.

In difficult war years, the institute gave a powerful impetus to the development of domestic radar. Then, fundamental work was done here to study the propagation of radio waves, their reception and radiation, systematic studies of electrophysical processes in radar circuits and links were carried out, gun radar systems were developed and aviation Radars for various purposes, work was carried out to improve the guidance system for enemy aircraft ("RD"), which served as the basis for the creation of unique anti-aircraft missile systems, the first work was carried out to create special radio reconnaissance equipment, which opened up the most important military-applied area, and results were obtained on reducing radio visibility objects laid the foundation for the creation of a new radioelement base. 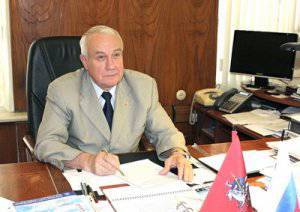 "108-y" was in many ways the determining personnel base for a number of backbone institutions of the country. From here in 1950, at KB-1, now this concern “Almaz-Antey”, was sent to the radio engineer A.A. Raspletin. He was asked to take with him any number of employees. Trying not to undermine the capabilities of the institute, which in many respects became his family, Alexander Andreevich took with him only four young specialists. But what! Very young B.V. Bunkin, later the general designer of anti-aircraft missile systems, academician and twice Hero of Socialist Labor; K.S. Alperovich, in the future chief designer of anti-aircraft missile systems, winner of the Lenin and State Prizes; Mb Zaksona - an outstanding specialist in antenna-feeder devices, winner of State Prizes; I.L. Burstein, later a major theoretical physicist. First of all, the country is obliged to these specialists to create the most reliable anti-aircraft missile systems - from C-25 to actually C-400!

The CNIRTI is at the forefront of the struggle, which, despite numerous assurances of peaceful intentions, some states are trying to wage with Russia. Despite a decade and a half lost, the institute's specialists in recent years have returned their prestige to the domestic radio engineering. This also applies to the recently launched Liana space monitoring equipment, which is far from being the last in its system, and new aviation-based EW tools, and maintaining state-of-the-art KSP equipment, and a significant increase in the frequency range of designed and manufactured products.

For the past 70 years the employees of FSUE “CNIRTI them. Academician A.I. Berg ”create samples of the latest weapons systems in the field of radio intelligence of all types, including space-based, electronic warfare, the creation of radars, opening up new opportunities.

Currently, the institute is the leading enterprise in the development of space and aviation remote sensing complexes, a leading enterprise in the development of aviation systems and electronic countermeasures to protect small-sized aircraft, developing competitive high-tech civilian products. Along with other large enterprises, developers and manufacturers of aerospace equipment, it is a member of the Federal Space Agency and is a member of the International Association for Space Activities.

In December 2008, the government commission to improve the sustainability of the development of the Russian economy included the FSUE “TsNIRTI them. Academician A.I. Berg ”on the 295 list of backbone organizations of strategic importance.

The hard work of the institute scientists is aimed at increasing the capabilities of the defense complex of Russia and strengthening its position in the international arena.

Since 2005, the company is headed by Boris Semenovich Lobanov. The organizer of science and production, a specialist in the field of special radio engineering. In 1961, he graduated from the Sverdlovsk Suvorov Military School, and then the legendary Moscow Aviation Institute. Doctor of Technical Sciences, Head of the Basic Department of Radio Electronic Systems, MGTU MIREA, Professor, Member of the Russian Academy of Natural Sciences, Member of the Presidium of the Russian Academy of Natural Sciences, Professor of the Academy of Military Sciences, author of more than 170 scientific papers and inventions.