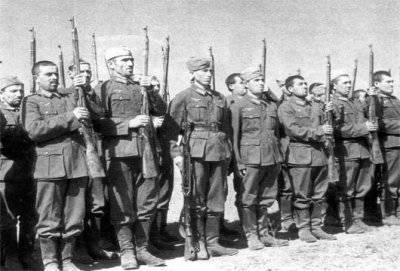 The reason for my dismissal from the publishing house was the article in the Crimea guide about the Crimean Tatars. Here is the article:

"A genuine catastrophe broke out during the years of the Great Patriotic War. A significant part of the Crimean Tatars met the fascist troops as their liberators. The commander who acted in Crimea11-th army, Erich von Manstein later recalled:
“The Tatars immediately took our side. They saw us as their liberators ... The majority of the population of the Tatar Crimea was very friendly towards us. We even managed to form from the Tatars armed self-defense companies, whose task was to protect their villages from the attacks of partisans hiding in the mountains. ” Some Tatar detachments participated in the search and destruction of partisans, combed the area with the Nazis, because, being local residents, they were perfectly oriented in the Crimean forests. Other Tatar detachments guarded the villages and met with fierce fire from the partisans who had come out of the forest for food.

In the terrible hard for partisans 1942, they lost in the battles 900 people were killed, and those who died of starvation - almost 500, which indicates a catastrophic situation with food supplies. In 1944, immediately after the liberation of the Crimea by the Soviet troops, by order of the USSR leadership, the Crimean Tatars were evicted from the Crimea - mainly to Uzbekistan. Often this resettlement is erroneously called deportation, which is wrong (deportation historically called expulsion from the country, which was not the case with the Crimean Tatars; there was a special relocation). More than 180 thousand people were evicted, including old people and children. The Tatars who fought in the ranks of the Red Army were sent to exile, such were 9 thousand people, and among them were about 500 officers. The return of the Crimean Tatars to the peninsula began only at the end of the 1980-s.

They moved spontaneously to places where no one was waiting for them: they tried to gain a foothold on the coast, where there was a large flow of tourists and there was an opportunity to feed the family, but land on the coast, of course, was not allocated to them. The so-called land squatting began when the buildings were erected without proper documentation. This has further aggravated relations with the population that has been living in Crimea for the last half century. "

I am an editor, and the text is copyright, but I left it unchanged, because there is not a word of untruth, and everything is quite ethical. The administration (the director is Tatar, but not Crimean), after the dismissal of our ambassador, so frightened this paragraph that they decided to destroy the circulation, and I was dismissed, despite the fact that I worked in the publishing house for almost 20 years. And still, I believe that people outside the Crimean peninsula should know what is happening there, even if they go there only to relax and do not read anything except guide books!