Ordinary Russians will pay for “projects of the century”

July 4 2013
138
Decrees of Russian President Vladimir Putin, which were signed on May 2012 of the year and are based on his election promises, will be implemented by reducing spending on education and health care. About this in the latest issue of 3 July 2013, the newspaper “Vedomosti” writes, the journalists of which analyzed the main provisions of the budget policy of Russia for 2014-2016 years. According to the publication, the implementation of the inaugural presidential decrees will require 2-trillion rubles over the next 3-x years. Of these, 350 billion rubles should be received by the regions of Russia, which need to finance the growth of public sector wages. More about 300 billion rubles may be needed to stimulate the late retirement of Russians, which provides for a new pension reform.


The expenses of the Russian budget in 2014-2016 will also increase due to the financing of large infrastructure projects: 363 billion rubles are to be spent on the construction of the Moscow-Kazan high-speed highway, 286 billion rubles should be allocated to the Far East development program, another 80,6 billion rubles will be needed send to prepare for the World Cup, which Russia will take in 2018 year. At the same time, the state armaments program, on transferring part of the expenses for which Vladimir Putin spoke a month ago, will be preserved in full.

Despite the increase in spending, the Ministry of Finance plans to keep the budget deficit at the level of 1% of GDP and transfer to the Reserve Fund another order of 1,6 trillion. rubles, while national debt is not planned to increase. To reduce costs, the Ministry of Finance proposes to implement a “budget maneuver”: a total of budget optimization for 3 next year should amount to 2,9 trillion. rubles. At the same time, how much the budget expenditures on education and health care will be reduced in the materials of the Izvestia newspaper. 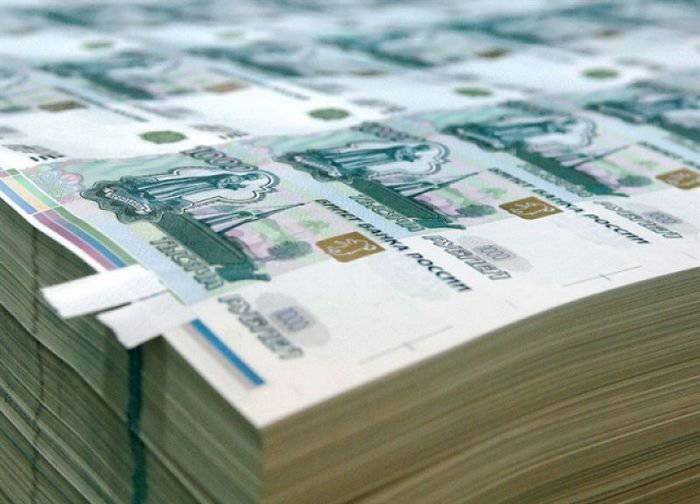 The main fighter for social justice in the Russian government - Deputy Prime Minister Olga Golodets has already criticized the draft budget prepared by the Ministry of Finance for 2014-2016 years. Golodets was unable to find in it the proposed financing of the package of measures for the maternity capital program (for 140 billion rubles), for orphans (for 40 billion rubles), for kindergartens, as well as the costs of providing programs for people with disabilities necessary technical means of rehabilitation.

Olga Golodets reproached her colleagues for exceeding their authority and promised that she would categorically strive to include in the budget positions that she considers necessary. “Do not you think that the Ministry of Finance took over the functions that are not peculiar to the Ministry of Finance? You simply have no right to submit the draft budget, which differs from the parameters adopted in Russia, ”said Olga Golodets on Tuesday at the meeting of the Russian Tripartite Commission for the Regulation of Social and Labor Relations (RTC).

True, it is worth noting that the parameters adopted (more precisely, given by Vladimir Putin) differ in so many contradictions that it is very difficult to agree with them. Last year, the president demanded that the Russian budget be deficit by 2015. But, in announcing the budget message in June 2013, Vladimir Putin did not say a single word about this goal in its previous formulations. But he demanded that the country's government support economic growth through the implementation of presidential inaugural decrees. Meanwhile, it is already more and more obvious that the revenues of the Russian budget in 2014-2015 will be significantly less than previously estimated. And long-term obligations, among which there are social ones, cannot be taken back. “If there is not enough money for everything, it is necessary to determine priorities,” Vladimir Putin advised. Here the Ministry of Finance and trying to follow the presidential council. True, the priorities of the Ministry of Finance were quite specific. 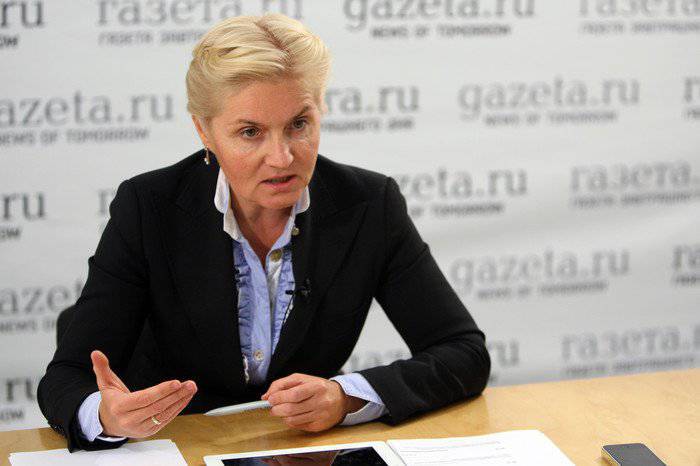 The ministry approached the formation of the Russian budget for the coming 3 of the year quite creatively, experts of the Center for Development of the National Research University Higher School of Economics (National Research University Higher School of Economics) say in their traditional economic bulletin with the saying “New KGB” (commentary on the state and business). The Ministry of Finance has proposed a “budget maneuver,” which means reducing part of the costs that have already been included in the budget, and the emergence of a number of new items in it. In 2014, the scale of such a maneuver should be 641,9 billion rubles, of which almost 3 / 4 (73%) will fall to transfers to extrabudgetary funds, and the rest to sequestration of previously issued budget promises.

Where will the released cash go? Here to observe the maneuvers of the Ministry of Finance of Russia becomes especially interesting. Once again, by the way, social costs will grow. So Olga Golodets is a sin to complain so much, although it would be better to spend money on people with disabilities and orphans. Since most of the budget expenditures will be increased for the “power block”, for the maintenance of civil servants and for a number of individual projects (contributions to the authorized capital, the World Cup, the Federal Target Program (FTP)). According to experts, the "power block", the salary increase of civil servants and the World Cup 2018 in football accounts for at least 50% of the additional expenditures of the country's budget. Another 7% falls on “other expenses”, which with a high degree of probability are also related to the costs of law enforcement or defense. Thus, as analysts say, the increase in spending on the “power block”, and at the same time on the salaries of civil servants, is the main content of the “budget maneuver” proposed by the Ministry of Finance.

The company will be composed of new Russian megaprojects, such as the Federal Target Program “Economic and Social Development of the Far East and Transbaikalia” and the construction of a high-speed railway line Moscow-Kazan. At this point in time, they have already managed to find about 80 billion rubles in 2014 for financing them, and this is solely due to a decrease in health and education costs under various plausible pretexts. “Thus, the second“ budget maneuver ”of the Russian Ministry of Finance, which has not yet been fully finalized, consists in financing the“ projects of the century ”by reducing the expenditures on human capital,” the review noted by the National Research University Higher School of Economics. 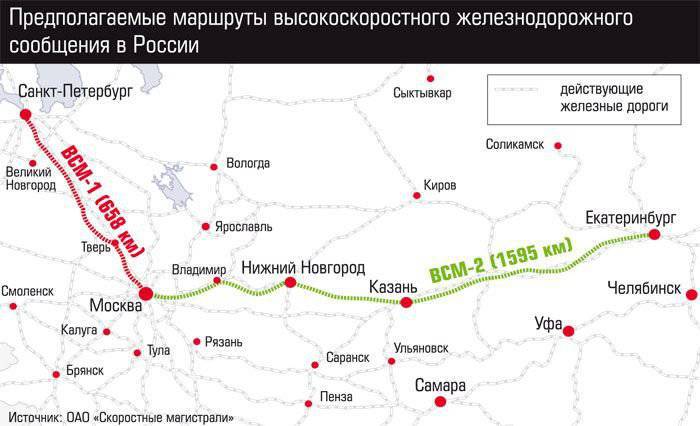 It is also noteworthy that earlier the Minister of Finance of Russia Anton Siluanov, among other things, proposed to formalize the transfer of part of defense expenditures for the period after 2016. However, in the budget structure, which was sent to the State Duma for the preparation of a “zero reading”, this item was not found. Although this item of expenditure, perhaps, is most often criticized by experts, and which is most painlessly sequestered.

Finally, there was no room in the draft budget to increase support for the budgets of the subjects of the federation, the execution of which in 2013 was significantly complicated by a sharp decline in income tax revenues (minus 20% in the first 5 months of 2013 only). Currently, there are no guarantees that the situation with the incomes of the regions will change significantly for the better, but it will be necessary to fulfill the points of Vladimir Putin’s decrees on the growth of salaries in health care, education and management of regional budgets. Obviously, in this situation, the regions of Russia will reduce other types of expenses, primarily investments, the Center for Development experts sum up.

Along with this, private capital continues to flee from Russia. According to a preliminary estimate by the Central Bank of Russia, the net outflow of capital from the Russian Federation only for the first 6 months of 2013 of the year amounted to 38,1 billion (over 1,2 trillion rubles). In order to present the amount of this amount, you can give a number of figures: the expenses of the Russian budget in 2012 amounted to 12,871 trillion. rubles, the cost of building a high-speed highway Moscow-Kazan is estimated at approximately 928 billion rubles. In the 2 quarter of 2013, 9,1 billion dollars left Russia. Compared to the 1 quarter, when 29 billion dollars were leaked out of Russia for the cordon, net capital outflow decreased immediately by 3 times. But at the same time, the semi-annual outflow has already exceeded the official forecast of the Ministry of Economic Development of the country for this year - 30-35 billion dollars. 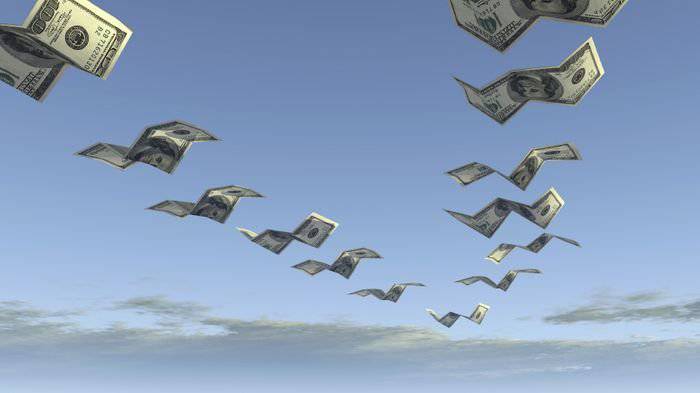 1 July 2013, the country's Minister of Economic Development, Alexei Ulyukayev, in an interview with Prime agency, noted that according to the results of 2013, the net outflow of capital from Russia could be about 50 billion. Initially, officials expected that no more than 2013 billion dollars would be withdrawn from Russia in 10, but this forecast was worsened almost 3 times already in April, but it would be exceeded.

Last time in modern Russian stories net capital inflows into the country were registered in the pre-crisis year 2007. Since then, Russia can not overcome the negative statistics for the economy. In 2011, the outflow of capital from Russia reached its maximum value for 3, the business brought 80,5 billion dollars out of the country. According to updated data from the Central Bank of Russia, in 2012, the outflow of capital slowed down, but still the Russian economy was short of an impressive amount - 62,6 billion dollars. It seems that those who really have money, do not really believe in stability and spiritual bondage of modern Russia. Given that the funds withdrawn from the country would be more than enough for the implementation of many “projects of the century”, the government should turn to face this problem.

Ctrl Enter
Noticed oshЫbku Highlight text and press. Ctrl + Enter
We are
Raising the retirement age. Forced measure for the development of the economy or a threat to the social order of the country?Active phase of Sea Breeze 2013 exercises completed
Military Reviewin Yandex News
Military Reviewin Google News
138 comments
Information
Dear reader, to leave comments on the publication, you must to register.