When the "cattle" break out 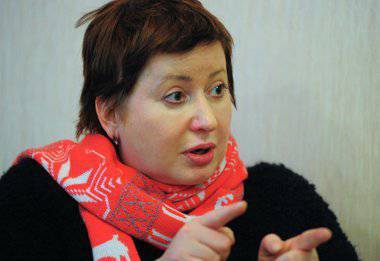 There are insults to which people have no right not to respond.


В stories with the tweet of Olga Romanova, a freezing journalist, about the “graveyard of domestic animals” (spelling corresponds to the original. - Ed.), whom she called the memorial burial in Mytishchi, fortunately, a development happened.

It was clear: the publication of the product of the moral opposition of the “oppositionist” cannot but have consequences. Where there are no such consequences, the people, together with the state, become the “omitted” status.

Recall, the statement of a member of the “KS opposition” was made not just about the war memorial, but to the place where the unknown soldier, the hero of World War II, was buried with honors.

“Chelobitevo is a great place, and the name is appropriate. Shoigu laid the first stone of the domestic animal graveyard ”. Note that in the deputy request in the word "animals" the letter "Y" is highlighted, through which it is written. Apparently, Markelov, like all normal people, was experiencing some kind of emotional shock. Specifying the request, the deputy notes that Romanova made “cynical statements about soldiers and officers who died during World War II,” and appeals to the prosecutor general: “I ask you to give a legal assessment of this statement of Romanova and take appropriate measures.”

In turn, the Deputy Chairman of the State Duma Committee on Defense, Franz Klintsevich, in connection with the written “conscience of the nation” in quotation marks, as he called the defiler, recalled a different situation. Last year in Poland, according to the parliamentarian, the well-known local blogger unflatteringly spoke about the Polish contingent in Afghanistan when the dead soldier was brought to Warsaw with honors. A big scandal arose in the blogosphere: the society rose, the prosecutor's office was forced to find a blogger, conducted an inquiry, and the court convicted and imprisoned him.

The story is unequivocal. For the fact that the “journalist Olga Romanova” allowed herself, it is necessary to answer. Note that there are moral prohibitions, the violation of which can lead to quite severe punishment within the framework of the legal field. In this case, we are talking about a speech that has no excuses (from any point of view), which is beyond the limits in its hostility. But what is even more sad is that the proclamation only reflects the in-depth attitude of the “non-systemic elite” towards the country and its people.

Ctrl Enter
Noticed oshЫbku Highlight text and press. Ctrl + Enter
We are
Four big lies about the burial of LeninGorbachev must answer for the death of the USSR
Military Reviewin Yandex News
Military Reviewin Google News
142 comments
Information
Dear reader, to leave comments on the publication, you must sign in.