Spy scandal: A military officer suspected of spying for Georgia detained in Russia 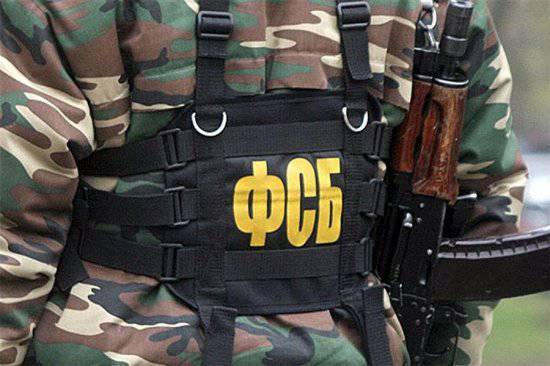 The FSB of Russia reported that “a citizen of Russia, a soldier of one of the military units of the Southern Military District, senior lieutenant David Aliyev, who was collecting secret information about the troops of the district, was detained on suspicion of high treason in the form of espionage.”

A representative of the DSP of the FSB of the Russian Federation reported on Friday that the mother of officer Irina Aliyeva was also detained, “intending to take the information collected by her son to Georgia,” Interfax reports.

The DSP noted that the detainee was charged with committing a particularly grave crime under Article.NUMX of the Criminal Code of the Russian Federation (high treason in the form of espionage) and a preventive measure in the form of detention was chosen.

A criminal case was initiated, the investigation is underway, they added to the FSB. The accusation threatens with imprisonment from 12 to 20 years with a possible additional fine of up to half a million rubles.

The Georgian Interior Ministry has not yet commented on information about the detention of David Aliev, an officer of one of the units of the Southern Military District of the Russian Defense Ministry, on suspicion of spying for Tbilisi. “There will be no comments on this issue,” the Georgian military stated.

Last year, at least two espionage cases were sensational in Georgia and Russia. On November 5, 2010, the Georgian Ministry of Internal Affairs reported the detention of 13 people on charges of “espionage and joining the intelligence of a foreign state”. Tbilisi claims that they gave secret information about military crews to the Russian GRU aviation, flight schedules of military aircraft, combat readiness, resources, exercises, the number of personnel, military equipment and more.

According to the Ministry of Internal Affairs of Georgia, among the detainees are four Russian citizens - Armen Gevorkian, Ruben Shikoyan, Petre Devrishadze and Yury Skrylnikov. Meanwhile, as Georgian media reported earlier, three of these four detainees have dual citizenship, Georgian and Russian. The Russian Foreign Ministry told 5 in November that the new “spyware история»In Tbilisi is a provocation of the regime of Mikhail Saakashvili.

25 March 2010, the North Caucasian District Military Court sentenced two former officers of the Russian army, Khvichi Imerlishvili and Marlene Bogdanov, to 13 and 15 years of a high-security colony, found guilty of treason (Article 275 of the Criminal Code of the Russian Federation). The court deprived lieutenant colonels Imerlishvili and Bogdanov of military ranks. A staff member of the Foreign Intelligence Service (SVR) of Georgia, Zaza Kherkeladze, was found guilty of espionage (Art. 276 of the Criminal Code of the Russian Federation) and sentenced to 11 years of a strict regime colony.

The court recognized the fact that the activities of Imerlishvili and Bogdanov were part of the intelligence work of the Georgian special services to provide their political leadership with information to create conditions aimed at conducting a military operation against South Ossetia. In particular, Bogdanov collected and transmitted information about the employees of the FSB and the Ministry of Defense of the Russian Federation and employees of military facilities of the Southern Federal District. For this, Bogdanov received from the services of Georgia 6 thousands of US dollars.

Over the past three years, several more Russian citizens working in the south of Russia in favor of the Georgian special services have been identified. In August, 2008 was arrested in Stavropol Territory on suspicion of espionage in favor of Georgia, Lieutenant Colonel Mikhail Khachidze was detained, collecting secret information about the Russian armed forces in a part of the North Caucasus Military District. In August, 2009, the North Caucasian District Military Court sentenced him to 6 years in prison.

In September 2009, the Supreme Court of North Ossetia, for spying for Georgia, sentenced Russian citizen Alexander Khachirov to 7 years in prison. In 2004, he was recruited on the territory of Georgia and his car was equipped with spy equipment for secretly filming the Nizhny Zamarag international automobile checkpoint, the security system of the Roki tunnel and the military facilities of the 58 Army.

In October, 2009, a serviceman of one of the military units of the North Caucasus Military District, foreman Jemal Nakaidze was sentenced to 9 years for treason, also in favor of Georgia. In December 2009 of the year, the Supreme Court of North Ossetia sentenced the native of Georgia Badri Kushashvili to 8 years of a strict regime colony, convicting him of espionage. According to the investigation, the 55-year-old native of the Kazbegi region of Georgia, being a citizen of Russia, was recruited by the foreign intelligence service of Georgia in the 2007 year and, on her instructions, collected information about military installations in the North Caucasus during the year.

Last September, the Supreme Court of North Ossetia sentenced Edward Gobozov, former head of the military and security department of the Armed Forces of the South Ossetian Defense Ministry, on charges of state treason in favor of Georgia. He was sentenced to 10 years in prison.