Rogozin will reforming the space industry

July 4 2013
73
According to officials, the recent crash of the Proton-M launch vehicle does not have serious environmental consequences. At the same time, an emergency launch of a rocket may have a different effect. From the new statements of Deputy Prime Minister D. Rogozin, it follows that the main consequences of the incident will affect the entire space industry, namely its organizational structure. 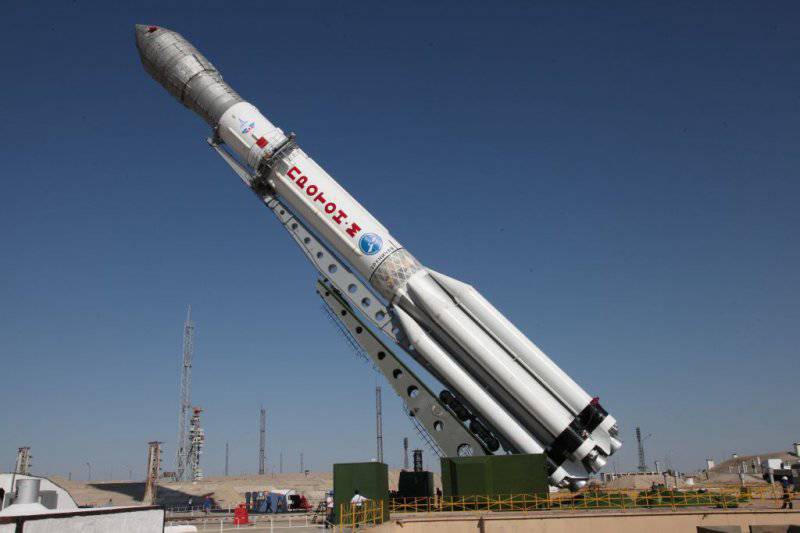 Despite the available launch statistics, which generally looks positive (this year only one launch from 16 ended in an accident), the country's leadership intends to sort out the reasons for the latest failure and take appropriate measures. Moreover, according to D. Rogozin, extremely tough conclusions and consequences will affect not only individuals whose actions led to the accident, but also the entire rocket and space industry. In the present condition, as stated by the Deputy Prime Minister, this part of the Russian industry cannot move on. It must be reformed and transformed as soon as possible.

Rogozin expressed a proposal that all enterprises of the rocket and space industry should be combined into a single structure, as was previously done with the aircraft and shipbuilding industries. It is proposed to create a certain organization, which will be transferred to all existing shares of the state employed in the space program. The type of this organization has not yet been determined and Rogozin proposed to create an open joint-stock company. In the same way, the name of the future JSC is also absent. In his speech, the Deputy Prime Minister used the code name of the Rocket and Space Corporation. Judging by the names of other integrated structures, the option proposed by Rogozin may be formalized.

At the moment, the transformation of the rocket and space industry is at the preliminary proposal stage. In the near future, a draft decision of the president will be prepared, in which all the basic principles for the transformation of the relevant industry sector should be described. At the same time, it is already claimed that a part of organizations and objects will remain under the jurisdiction of Roskosmos. So it is planned to do with the Baikonur, Plesetsk and Vostochny cosmodromes. All factories and design offices, in turn, will become part of the new unified corporation.

The first step on the path to reforming the space industry was the decree of Russian President V. Putin, according to which a special commission will be created in the near future. She will prepare all the documentation necessary for organizing and carrying out all the planned reforms. Deputy Prime Minister D. Rogozin was appointed head of the commission. Specific details of the future transformation of the industry have not yet been named, but the first details should be expected in the near future.

Speaking with journalists, D. Rogozin paid much attention to the recent accident of the Proton-M launch vehicle. According to the official, the investigation is underway and the first conclusions will be made soon. So, by the evening of Wednesday (the conversation with the press took place on Tuesday, July 2) the telemetry data should have come, which can serve as the basis for the first versions. Also requires a complete analysis of all the remaining elements of the rocket. As Rogozin told, the Proton-M rocket that exploded was manufactured back in the 2011 year and then sent to prepare for launch at the Baikonur cosmodrome.

As for the environmental consequences, the explosion of the rocket, according to the deputy prime minister, did not cause serious damage to the environment. The official explained that the most dangerous substance - heptyl rocket fuel (asymmetric dimethylhydrazine) - burned down in the first seconds, after which a cloud of oxidant (nitric acid) remained. Due to precipitation, the cloud fell to the ground and probably did not have a serious impact on the ecological situation.

It should be noted that the current proposal to reform the rocket and space industry is not an impulsive decision provoked by a missile accident. Back in November last year, Prime Minister D. Medvedev demanded that ways be determined for the further development of Russian cosmonautics. In particular, he proposed to reorganize the entire control system of cosmonautics. Shortly thereafter, the head of Roscosmos V. Popovkin told about the upcoming creation of five or six large holdings, which would include most of the enterprises involved in the space program. In the future, the possibility of creating a state corporation was not excluded.

Thus, the creation of a commission to transform the rocket and space industry is part of the plan created several months ago. Considering last year's statements by the responsible persons, we can draw the appropriate conclusions. It is quite possible that the last words of Rogozin and the actions of the country's leadership regarding the reform simply coincided with the accident at Baikonur. However, we cannot exclude another version, according to which the unsuccessful launch of Proton-M made the government and the president raise the priority of changes in the space industry and speed up the planned work. However, regardless of the reasons, the current plans for restructuring should be carefully worked out and fully implemented. If in time there is no improvement in the work of all enterprises involved in the space program, then in the future the ratio of successful and emergency launches may change in favor of the latter, and this cannot be allowed.

Ctrl Enter
Noticed oshЫbku Highlight text and press. Ctrl + Enter
We are
One army and three opinionsDmitry Rogozin on the development prospects of the country's defense industry
73 comments
Information
Dear reader, to leave comments on the publication, you must to register.