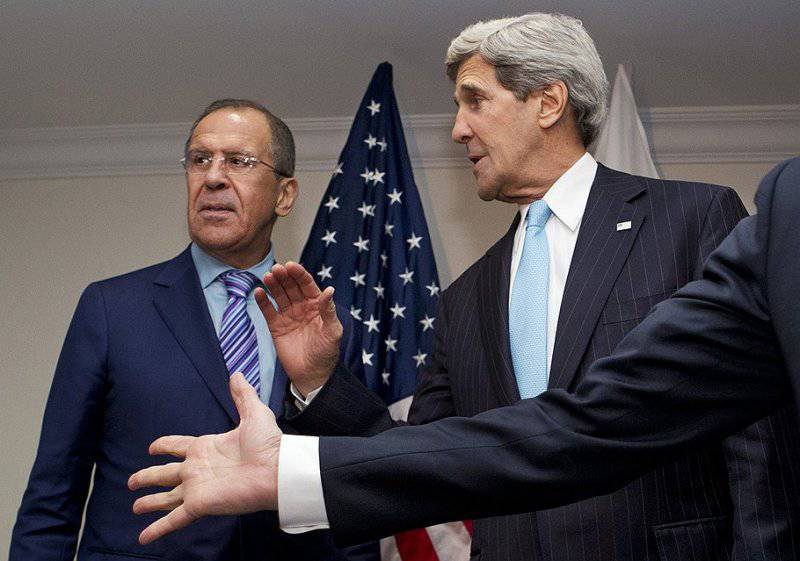 Yesterday’s talks between Russian Foreign Minister Sergei Lavrov and US Secretary of State John Kerry in Brunei clarified the key issues in Russian-American relations. As Kommersant found out, Moscow and Washington have already come to terms with the failure of the initiative to hold an international conference on Syria — Geneva-2 — and now they decide who will announce this. In addition, the Russian authorities decided on the attitude to the recent proposal by US President Barack Obama to radically reduce the nuclear arsenals of the two countries: Moscow considers this initiative ostentatious and, in fact, rejects it. With details from Brunei - the correspondent of "b" PAVEL b-Tarasenko.


Sergei Lavrov’s seventh meeting with John Kerry (after he took up the post of US Secretary of State in February) was devoted mainly to Syria, as well as most of the previous ones. However, if earlier the heads of diplomacy of the two countries expressed optimism about the prospects for a diplomatic resolution of the Syrian conflict, now the mood has changed. The reason is the difficulties encountered in preparing the international conference on Syria: so far, neither the date of the “Geneva-2” nor the composition of the participants has been agreed upon.

Following the talks with Mr. Kerry on the margins of the meeting of ministers of the countries of the East Asian Summit in Brunei, Sergey Lavrov said that the Americans are not refusing to "consolidate the Syrian opposition on the platform of the Geneva communique." At the same time, according to a source from Kommersant close to the Russian delegation, "the United States just keeps this idea afloat, but in fact it is no longer going to hold a conference." “One of the proofs of this is Washington’s decision to start supplying Syrian opposition members weapons. Another negotiator, Saudi Arabia, is also opposed to Geneva-2, the source explained to Kommersant and summed up: “Now there is a diplomatic game about who will be the first to publicly announce the failure of the initiative."

It was assumed that the second topic for discussion at the Lavrov-Kerry meeting would be the scandal surrounding the ex-CIA officer Edward Snowden. For American journalists, this was the main topic. One of them, under the guise of a tourist, spent all morning waiting for Mr. Lavrov at the exit of the hotel and tried to ask him a question about the ex-CIA analyst, but without success. Then, at the very beginning of negotiations about the possibility of providing political refuge in the Russian Federation to Edward Snowden, the Washington Post journalist asked. "Don't shout at me!" - the Russian minister threw her into irritation in English. After the completion of the talks, Sergey Lavrov said that he had not discussed the topic of Snowden with John Kerry. “Our president has already said everything. They (the Americans. -“ Kommersant ”) understand this,” the minister explained.

To the above disagreements, one more was added - the relatively recent initiative of Barack Obama to increase the level of trust between the US and the Russian Federation by drastically reducing the nuclear arsenals of the two countries (see Kommersant on June 20). Earlier, Deputy Foreign Minister Sergei Ryabkov assured Kommersant that Moscow intends to "thoroughly" analyze the proposal of Washington. By the meeting in Brunei, the Russian authorities seem to have decided on their position.

As Kommersant was told by a Russian diplomatic source, the initiative of Barack Obama is mostly of an ostentatious nature, "given that the United States is developing other types of weapons in parallel, do not want to ratify the Comprehensive Nuclear-Test-Ban Treaty and discuss the possibility of putting weapons into space."

This, in essence, means that Moscow has rejected the proposal of Barack Obama.