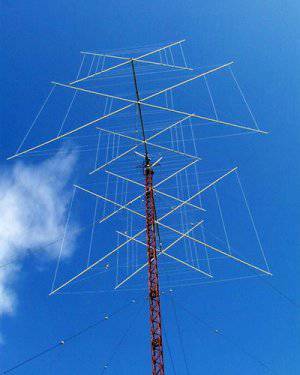 With the start of the 1990-ies, the nationwide network of short-wave (HF) communications began to decline and has now almost ceased to exist. In fact, the resource is fully developed, the network infrastructure is destroyed. Only departmental HF communications are actively used (the Russian Ministry of Defense, special services, and border guards). Institutions that are interested in developing reliable radio communications equipment have been forced to solve their problems independently in recent decades. As a result of this interdepartmental disunity, some of them create their own HF networks that do not interact with each other.


In the Soviet Union, HF communications, having a national purpose, were actively developed. By 1938, the network of communications enterprises has increased 1913 times in comparison with 5,5. “Starting from 1927, the backbone network of shortwave transmitters is being created. In addition to the Narkomsvyaz network, a significant network of radio stations serving the internal needs of individual departments (the Main Directorate of the Northern Sea Route, Narkomles, Glavzoloto, etc.) was created. The first shortwave radio links began to function. For example, internal - Moscow - Tashkent, international - Moscow - New York, Moscow - Paris.

From the first days of the Great Patriotic War, the efforts of specialists were aimed at ensuring uninterrupted communication of the Headquarters of the Supreme Command with the front headquarters, supplying the army with the necessary radio equipment, and developing new types of military radio stations. At the final stage of the war, the technical level of the main communications equipment of the Red Army and the equipping of troops with them were quite high, which ensured stable command and control of troops at all levels.

By the beginning of 1990, shortwave radio is used to transmit telephone messages, telegrams, digital information streams and facsimiles. According to their purpose and range, international and intra-all-state HF communication lines were distinguished. The intra-union lines were divided into mainline (between the capital of the USSR and the capitals of the union republics, regional and regional centers) and zonal (intraregional and intradistrict).

Unfortunately, at the present time, everything that was created by the work of our people for decades in the field of the nationwide TF communications has been almost completely lost, which cannot be said about the western countries, where it has been preserved and actively developed. In leading foreign countries, primarily in the United States, and now much attention is paid to creating and maintaining high availability of centralized control and communication systems in emergencies and in a special period using the latest advances in digital radio technology. This is due to the transition to digital format and the emergence of new opportunities for creating a national wireless HF network by type of cellular communication. It should be noted that the full use of satellite, mobile, LTE, wired communication in emergency conditions and in a special period, despite all the measures taken, does not seem to be sufficiently reliable due to its low survivability.

According to the chairman of the consortium “Digital broadcasting technological platform” of reserve officer Andrei Bryksenkov, it is necessary to discuss at the federal level and create an enterprise - operator of a short-wave network with the provision of paid services to interested organizations and departments.

This network will enable the creation of stable communication for state needs with all subjects of the Russian Federation, the reservation of documentary communication flows, especially in emergency situations and a special period. The development of this system will make it possible to bring the documentary connection to distant municipal entities of the subjects. In the updated form, the system can be used to provide radio communications, interact with any interested country or organization, even if it is significantly remote from the territory of Russia. The upgraded HF communication system can also be successfully used as a backup communication system of the Ministry of Communications and Mass Media of Russia.

For the Far North of Russia and its Arctic coast, at high latitudes, shortwave radio is often the only way to communicate with the mainland. In addition, in cases of emergency situations, HF communication is the most important tool for maintaining the management systems of state structures in the Far North.

On the initiative of the FSUE "Russian Television and Radio Broadcasting Network" (FSUE "RTRS") in the Far North, new digital equipment for shortwave communication is being tested.

In Arkhangelsk, there are two types of short-wave transmitters - the Russian PIRS system (developed by the Russian Institute of Powerful Radio Engineering - RIMR) and equipment (4000-series) by Rohde & Schwarz. In terms of its technical indicators, PIRS has no analogues in Russia and surpasses foreign analogues in a number of important consumer properties.

As we see, HF communication in the Far North is located on the border of two spheres of activity: communication and development of the North. Therefore, the test results will also be reported at the Polar Commission of the Russian Geographical Society.

"Spare patron" (HF connection in our case) protect to the last, and then he will not fail.