The presence of more powerful and reliable on helmet displays and sights became one of the main and low-light revolutions of air combat. This allows the pilot to “watch and shoot”, as well as gives more confidence in himself and allows him to make decisions faster in air combat. The reason that such dramatic changes have not received wide publicity is that over the past few decades there have been almost no air battles. However, in training air battles, this did not remain unnoticed, since, starting from 1970, in the USA all movements of the aircraft and the actions of the pilot, even on training flights, are recorded in detail (and become secret). This provides professionals with all kinds of information on the development of pilots actions and aircraft characteristics for many decades. New helmets were the biggest innovation in air battles. 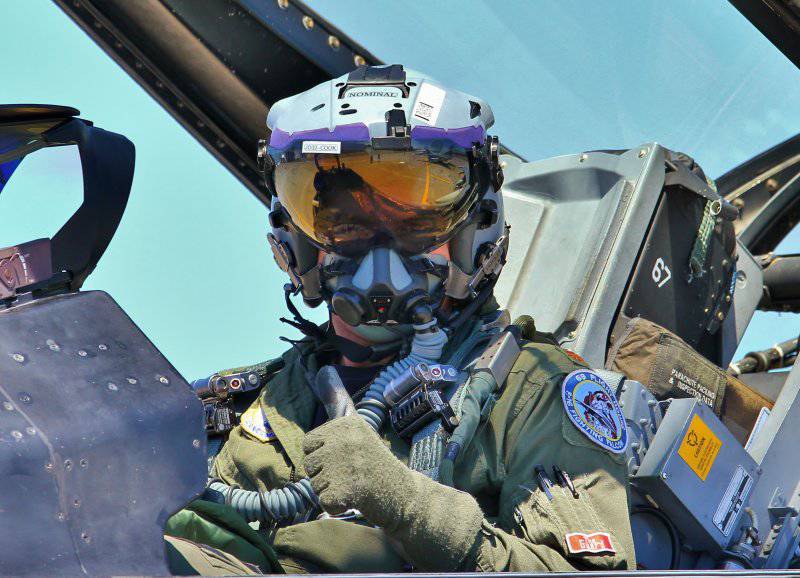 One of the best examples of this is the new (introduced last year) version of the JHMCS (Joint Helmet Mounted Cueing System) US Removable Helmet Detection System. JHMCS II allows the pilot to shoot wherever his gaze is directed regardless of the direction of the helmet. This new version uses the best equipment and software to track the movements of the pilot's eyes. The new JHMCS helmet is better balanced and much more comfortable to wear and use. The new version is more reliable as well as cheaper. However, JHMCS II costs about a million dollars. This is an expensive headdress. The cost of JHMCS includes additional equipment installed in the cockpit, training and technical support. 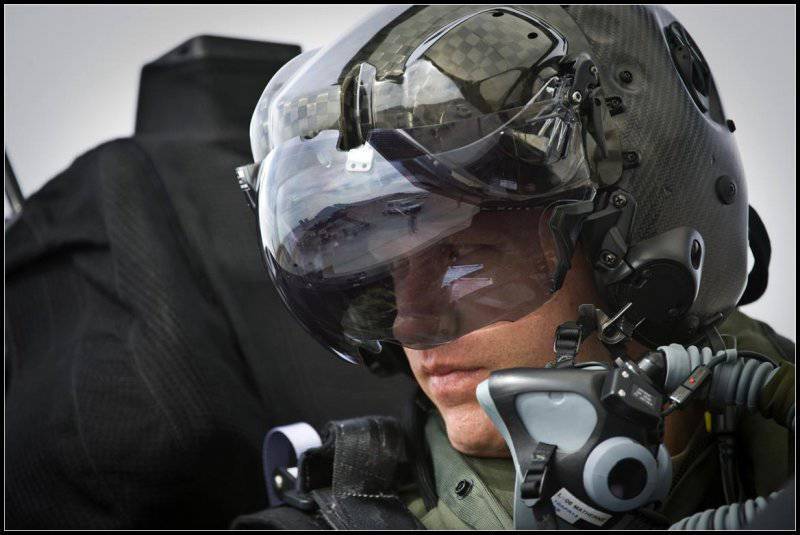 JHMCS also allows the pilot to see the necessary flight and navigation information displayed on the helmet visor. This is something like a transparent computer monitor or indicator displaying information on the background of the windshield of the aircraft. This allows the pilot to look around more often without having to look down at the cockpit displays or directly at the indicator against the background of the windshield. Such freedom gives an experienced pilot additional advantages in finding enemy aircraft or targets, as well as in maneuvering to take a more advantageous position to attack. JHMCS are also useful for air strikes on ground targets. 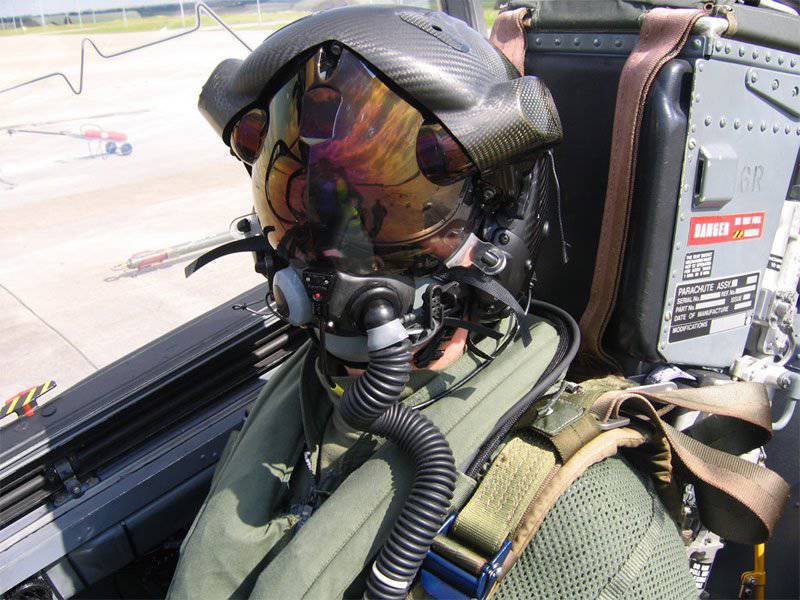 Systems like the JHMCS were very efficient, but the JHMCS II is lighter in weight and more comfortable to wear (weight was a serious problem in the past), it is easier to use and more reliable (if you don’t knock on the cockpit light). The Israeli firm Elbit has taken the lead in developing this technology and has made many technical breakthroughs on their previous DASH systems (Display and Sight Helmet). Elbit has worked with American firms to develop and market JHMCS, which is largely an advanced DASH system.

The first sighting devices mounted on helmets were developed in South Africa in the 1970s. Soviet specialists immediately noted this development when they lost several jet fighters in Angola shot down by South African pilots using these helmets. The USSR engaged in the development and five years later had its own helmet with a sight. It turned out to be very effective and frightened the NATO air force when the Soviet helmet was demonstrated by German pilots from the former East Germany (before the unification of Germany in the 1991 year) against experienced American F-16 pilots. The Israeli Air Force was the first in the West to create one of these helmets and is still leading in this area. 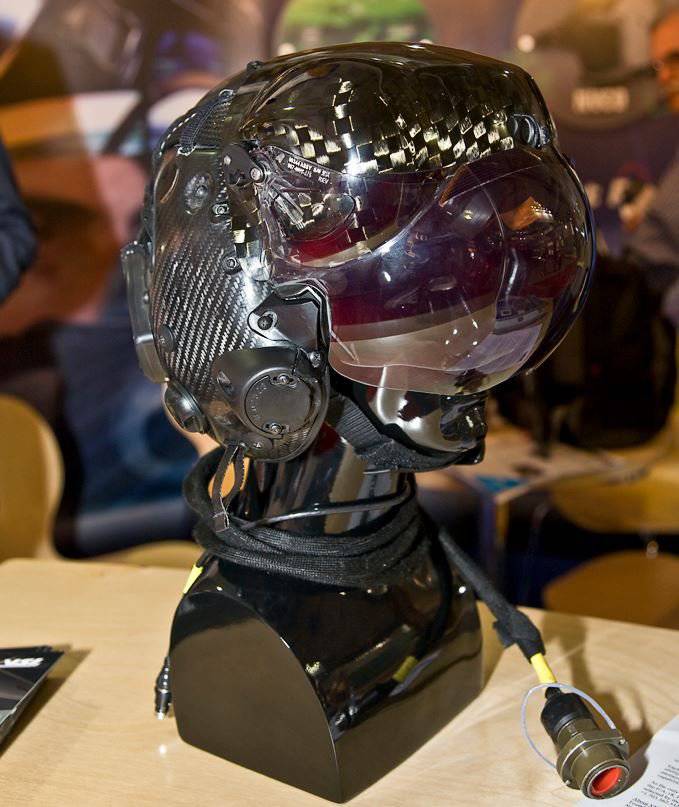 Over the past three decades, these helmets have learned to process more information and perform more operations, and it has also become easier to wear them. However, these helmets are still heavy. This is why better balancing of JHMCS II is essential. Nevertheless, six years ago, the US Air Force presented a new simulator to strengthen the neck muscles that equipped the athletic halls frequented by the Air Force fighter pilots. The reason for this is that new helmets weigh 2 kg, which is about fifty percent more than a plain old helmet. This extra weight may not seem so significant, but when the plane performs a sharp turn overload (or “G”) it makes the helmet look like it weighs 17.3 kg. The pilot needs strong neck muscles to cope with it. For decades, fighter pilots have been forced to spend a lot of time strengthening their upper body in the gyms, in order to be able to cope with overloads. Otherwise, pilots can get dizzy and even lose consciousness in flight, as well as land with overstretched muscles.

Before helmet-mounted displays and aiming devices appeared, pilots had to constantly monitor instruments in the cockpit and use fixed aiming systems. The absence of the need to monitor the cockpit devices saves precious seconds in air combat, which often ends in less than ten seconds. Multiple training battles (and real combat operations) between pilots equipped with such helmets and without them made this difference unambiguous. This was the revolutionary development of air combat.

Fighting aviation the community appreciated this innovation, and those who are unable to use it see it as a deadly flaw. To maximize the benefits of such technologies, it is necessary to allow pilots to spend hundreds of hours in the air for training with helmets. This is one of the reasons why China and Russia have adopted a more expensive western pilot training system over the past few decades.

Ctrl Enter
Noticed oshЫbku Highlight text and press. Ctrl + Enter
We are
The tragedy of the American army ("The Atlantic", USA)Situational analysis of the death of the MH17 flight (Malaysian Boeing 777), made on the basis of engineering analysis from 15.08.2014
Military Reviewin Yandex News
Military Reviewin Google News
56 comments
Information
Dear reader, to leave comments on the publication, you must sign in.