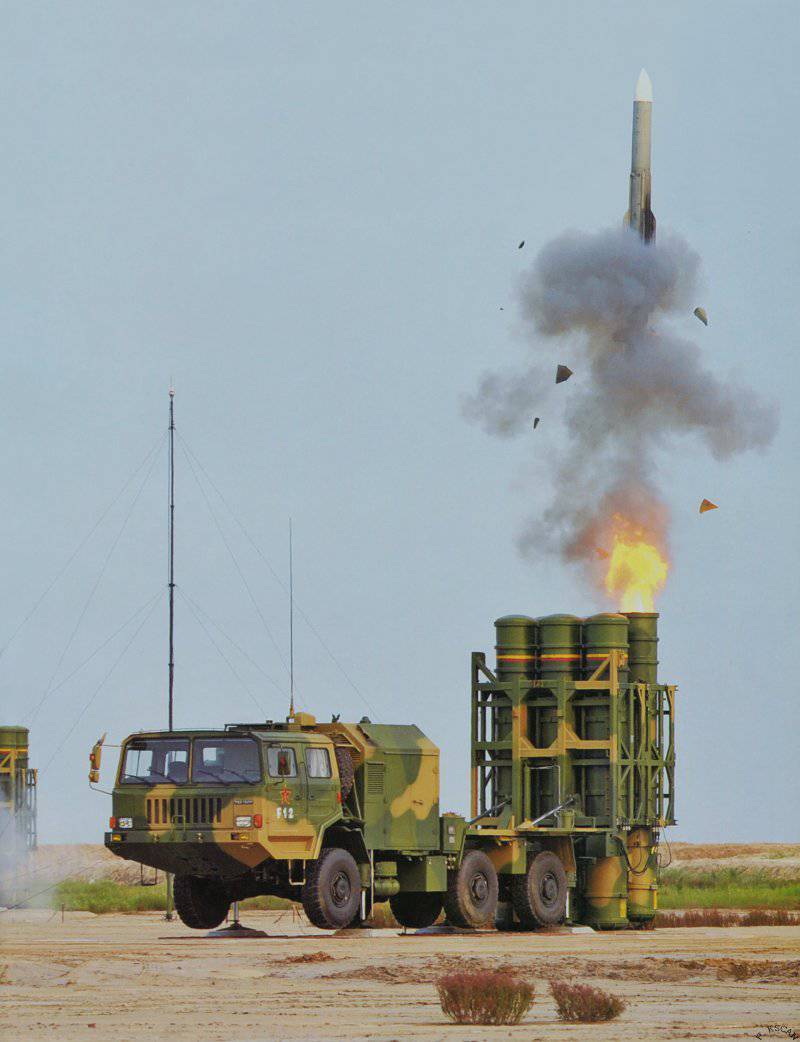 The Chinese approach to the creation of modern military equipment is widely known. Not being able to make any combat vehicle or system on its own, China turns to other countries with the goal of acquiring and copying the necessary equipment or initiating the start of a joint project. The results of one of such joint projects, in which Russia acted as a partner of China, appeared in the troops at the beginning of the last decade. Since then, the new HQ-16 anti-aircraft missile system (HongQi-16 - “Red flag-16”) has added to the composition of several large anti-aircraft defense units.

As stated in some sources at the time of the first information about HQ-16, when creating this air defense system, China used Russian help. As a result, the Chinese-made missile system is a modified and seriously modified anti-aircraft system Buk-М1 or Buk-М2. It is noteworthy that some elements of the new ground-based anti-aircraft missile system HQ-16 were also used in the ship’s air defense systems. So, one of the first carrier ships of such an air defense missile system was the frigates of the 054 project, being built from the middle of the two thousandth. For some reason, China first equipped its ships with new anti-aircraft missiles and only then completed the construction of the ground version of this complex.

All combat vehicles of the HQ-16 complex are mounted on the same six-wheel all-wheel drive car chassis. The complex includes a combat vehicle with a launcher for missiles and two vehicles with radar detection and guidance. To ensure the interaction of machines of the complex there is a separate command post. In addition, transport-charging machines, trucks, etc. are required to complete the operation of the anti-aircraft battery. auxiliary equipment. 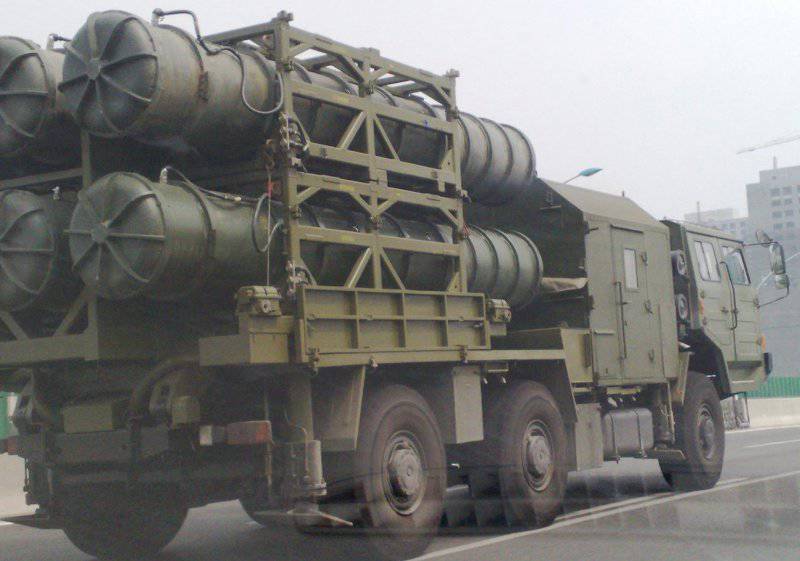 A three-way radar complex with a passive phased antenna array can find targets at a distance of up to 140 kilometers and at altitudes up to 20. Radar electronics is able to simultaneously find up to 144 targets and accompany 48 of them. The radar of illumination and guidance placed on a separate machine provides guidance for missiles at a distance of up to 85 kilometers and, using its own equipment, can “see” six targets and take four of them to accompany. In this case, the illumination station can simultaneously work with eight missiles.

A combat vehicle with a launcher, which is part of the HQ-16 complex, carries a lifting structure with mounts for six missile transport and launch containers. The combat vehicle is equipped with its own hardware compartment, located just behind the cabin. The container lifting unit, in turn, is located at the rear of the machine. The purpose of the complex HQ-16 - anti-aircraft defense of stationary objects - allowed the use of the stabilization system of the machine during launch. In a combat position, she stands on outriggers. 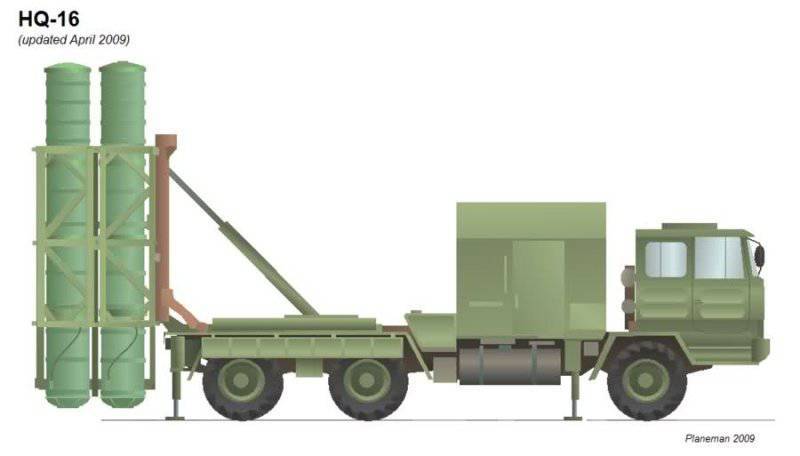 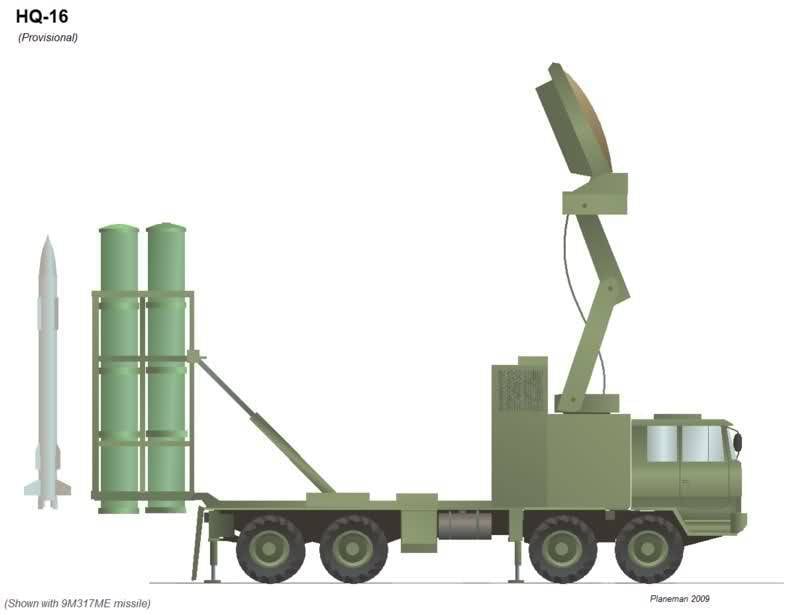 The HQ-16 anti-aircraft complex uses a joint Russian-Chinese development missile, which is a further development of, presumably, 9X38 munition from the Buk air defense system. During the update significantly increased the capabilities of the rocket. Thus, the maximum launch range increased to 40 kilometers. The maximum flight altitude of the target has not changed. In this case, these figures are valid only for the attack of aircraft. If the HQ-16 ADMS is forced to fire a cruise missile, then the maximum strike range is significantly reduced and amounts to 10-12 kilometers. The stated probability of hitting a target with a missile such as an aircraft is 85%. For cruise missiles, this figure is 60%.

Anti-aircraft guided missile complex HQ-16 equipped with a combined guidance system. So, during the first moments of the flight, after exiting the transport and launch container, the rocket is controlled by an inertial system. The task of the latter is to bring the rocket to the right direction. Next, a semi-active radar homing head is activated, which leads the missile to the target, receiving a reflected radio signal. The target light is provided by a separate radar. According to reports, the HQ-16 air defense missile system should simultaneously launch no more than two rockets. This is due to the fact that for four cars with a launcher in the anti-aircraft battery, there is only one radar for illumination and targeting. 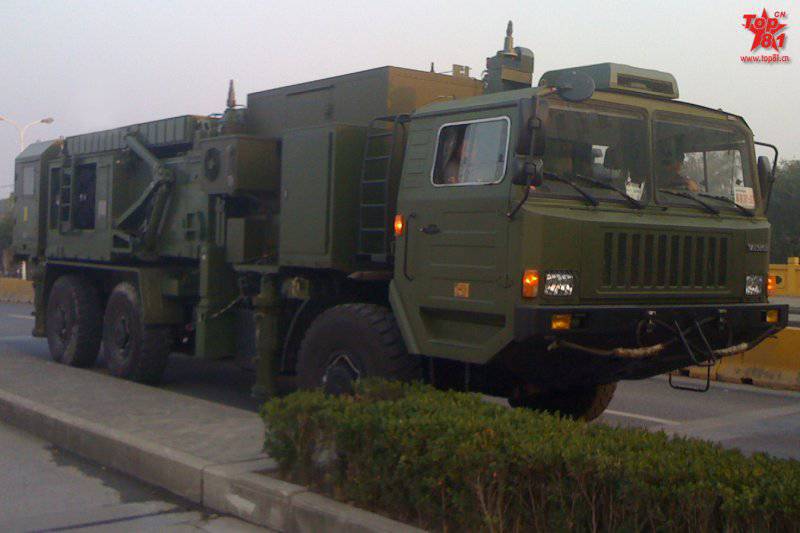 According to some sources, the delivery of HQ-16 anti-aircraft missile systems to the Chinese army began in the middle of the last decade, but only a few years later became widespread. In the structure of the echelon air defense of China, the new air defense missile systems occupy a tactical niche between the HQ-7 short range and HQ-9 long range complexes. With the joint operation of all three anti-aircraft complexes, a reliable echeloned cover of objects within a radius of several tens of kilometers is ensured. Since 2011, China has offered to purchase the export version of the HQ-16 SAM system, called the LY-80.