Heydar Mirza: “Baku is categorically against attempts to solve the issue by force ...” 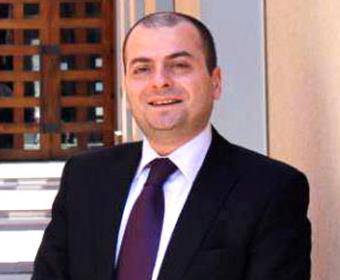 Heydar Mirza, a well-known Azerbaijani expert, a leading researcher at the Foreign Policy Analysis Department of the Center for Strategic Studies under the President of Azerbaijan, commented on Vesti.Az on the possible outcome of the Syrian conflict and the Iranian issue with the possible involvement of Azerbaijan.


Syrian conflict and its outcome

The outcome of the Syrian conflict in the near future should not be expected. The rebels ’success in the early stages of the confrontation is now very unlikely. The rebels, i.e. The West, could achieve quick and decisive success in only one case. If Bashar Assad could be physically eliminated, a serious split (rather than the desertion of one or two generals or ministers) in the country's military-political leadership, in society, and to establish control over at least 50% of the country before the key global and regional Assad's allies would have time to react.

The West decided to follow a scheme with minimal direct intervention in Libya: a blockade + a no-fly zone + airstrikes + insurgent fighting + the physical elimination of the leader = success. In the case of Libya, this worked due to a number of factors; in the case of Syria, the alignment was different. And now the moment is missed. Information advantage of opponents of Bashar Assad is minimized.

The support of Russia and Iran is becoming quite visible in a military sense, which a) minimizes the effect of the blockade on Syria (financial assistance from Iran in the amount of 1 billion US dollars in January of this year, a decision on further financial assistance in the amount of 3 billion US dollars) , b) negates the potential likelihood of the allies of the rebels gaining air superiority (supply of C-300 air defense systems from Russia, the decision to supply advanced models of MIG-29 aircraft) and c) reduces the effectiveness of an asymmetrical rebel war against the Syrian armed forces (Hezbollah effective intervention and counter-guerrilla actions on the side of the Syrian armed forces).

In this regard, interesting is the recent statement by the chairman of the Joint Chiefs of Staff of the US Armed Forces, Martin Dempsey. Commenting on the possibility of establishing a no-fly zone over Syria, and noting that any US decision to introduce a no-fly zone in Syria would require tough decisions regarding US military priorities in the context of budget cuts and other obligations, including the ongoing war in Afghanistan, he said: we want to introduce a no-fly zone, and this is essentially an act of war, I would like to know a plan for achieving peace before we start a war. We are already experiencing some lack of readiness. We have forces that are on high alert in the Korean Peninsula region, in the Persian Gulf because of potential provocations from Iran. We are still actively involved in the fighting in Afghanistan. " Now think what it means in the language of the average person ...

However, the fact that the rebels and their allies are faced with problems does not mean that the conflict will soon be resolved in favor of supporters of Bashar Assad. The conflict in Syria is having an increasing influence on the domestic and foreign policies of the countries of the entire Middle East. Its influence on the balance of power in global terms is great. Released by someone from the bottle of genies of the People's Islam, multiplied by the formula of controlled chaos by “democracy here, now and at any cost”, will lead to completely uncontrollable consequences. From the very beginning of the conflict, there was a high probability that it would be transferred to other neighboring countries. Today this probability has increased even more.

Iran and the possible participation of Azerbaijan in Western operations

The issue of confrontation in Syria is directly related to the so-called. "Iranian issue." Tehran is well aware of this, and Iran’s support for Bashar Assad is not sentiment, but an awareness of the threat to the vital interests of the Iranian state.

Regarding your question about what role the West has given Azerbaijan in a possible war against Iran, I will give a hard answer: Azerbaijan is an independent player in regional geopolitics, and in terms of geopolitics of the South Caucasus, it is the key and only truly independent player with its own interests. Regardless of whether we are interested in other geopolitical initiatives or not, we ourselves define our role and do not need extraneous definitions.

Discussions on this matter among the Azerbaijani public, in the expert community, on the pages of the media, the statements of a number of representatives of the deputies may be different, but the spokesman for the official position of the Republic of Azerbaijan is the head of state and foreign ministry. And their position on the subject matter is extremely pragmatic, it has been repeatedly expressed and known: Baku is categorically against attempts to solve the issue by force, and using the territory of Azerbaijan as an element of the force scenario in any form is considered totally unacceptable. Even with the amendment to the existence of a number of existential contradictions between Baku and Tehran, these problems are not insoluble, and will be resolved as the experience of the coexistence of two different systems increases.

I can also note that in view of everything noted by me above on the situation in Syria, the probability of a force scenario in the so-called. The “Iranian issue” has declined substantially.