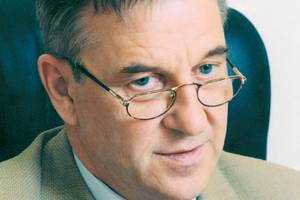 Mechanical engineering of Russia faces the task of not modernization, but a fundamental structural reorganization. Its implementation should consolidate the division of labor as the basic principle of the economy and create conditions for the application of high-performance technologies.


The reason for the collapse of the USSR economy is not the subjective factors of the “negative” internal and external influence, but the technological lag behind the industrialized countries due to the lack of proper division of labor. What has changed in the domestic industry in the post-Soviet period? Almost nothing. The structure of the industry from the standpoint of engineering technology is still inefficient and unviable. Therefore, the challenge facing the Russian industry today is not modernization, but a fundamental structural reorganization. This task should be solved by business professionals. And government officials are called upon to create conditions for this.

Mass as a single

Even during the USSR, centralized management of industry, which resulted in the consolidation of enterprises and the fall in the level of the division of labor, proved ineffective. According to the fundamentals of engineering technology, labor productivity primarily depends on the type of production. The quantitative characteristic is the coefficient of assignment of operations to a specific workplace during the month. During Soviet times and to this day, the current standard regulates types of production from mass to single and the corresponding coefficients from 1 to 40 and more.

Trying to understand the reasons for the unsatisfactory work of the machine shops of a large machine-building plant, the author of these lines, even in 80-ies, established: the rate of consolidation of operations there everywhere exceeded 70. That is, the type of production was single, the changeover of equipment was carried out more than twice a day. The result: a huge loss of time; disproportion of loading of machines and workers; mass defectiveness; the use of mainly universal equipment (high-performance machines, automatic machines, means of mechanization and automation are unclaimed); the need for highly skilled workers and service engineers; large waste materials of uneconomical blanks; a high proportion of manual labor in finishing operations; irregularity; high cost; large volume of work in progress and warehouse stocks. This list can be continued.

Now let's look at the development of the industry in the economically prosperous countries of North America, Europe and Asia, which do not know the revolutionary changes in production relations. In the 20th century, these countries advanced significantly in the division of labor and technological specialization, making the most of the advantages of mass and large-scale types of production. The exploded technological specialization of enterprises was especially widely developed: from 60 of the last century to the present, the share of sales of unified parts and assemblies in the total foreign trade of industrialized countries increased from 20 to 40%.

This experience shows that the optimal number of employees at most machine-building enterprises (taking into account the limitations in controllability and the market demand for the same type of parts and assemblies) is within 200 - 400 people. Of course, there are enterprises with a significantly larger staff, but this is also due to technological feasibility (these are either plants for the primary processing of metallurgical and chemical raw materials, or assembly plants whose products in large volumes are in demand by the market). And they are completed by hundreds and thousands of specialized firms, usually not bound by the common owner, especially a single administration. Finally, there are holdings that unite dozens and hundreds of machine-building enterprises, but they all have their own specialization and function independently, delivering products not only within the holding, but also to all those in need. The division of labor according to the technological principle takes place in these countries and in the defense industry, for example, for the American 37-millimeter cannon GUN MH, the barrel group is made in the Waterwlit arsenal, and the carriage is on Rock Island.

The machine-building plants that survived in Russia have basically not changed structurally since the 80-s: they represent a jumble of vast amounts of diverse equipment that is not involved in any production processes and is not able to execute orders for reasonable money and in real time when orders appear. (For the sake of fairness, we note: in 90s, effective enterprises appeared in the industry in the minimum number. The organization was based not on public investment, but on initiative and knowledge, as well as on the availability of leasing of unused production capacity and small funds allocated by mistake oil companies in the form of loans and prepayments. Several factories remained in working condition, including two or three in the segment of the machine tool industry and press-forging equipment, where Ali are former professional leaders, not the party-nomenklatura elite. They were able to organize nodal cooperation with specialized foreign firms. However, such examples are rare.)

The active creation of state corporations, which, from 2007, have included enterprises voluntarily or forcibly, as well as the declared modernization programs, very much resemble a return to the former command-administrative management system.

Judging by the public statements of the country's leaders and high-ranking officials, the problems of enterprises and industries will be resolved through investment (probably, they will not be given government investments in the Russian engineering industry) for the purchase of technologies and equipment. But nothing good will come of it. There is no production environment where these technologies and equipment could be applied.

We are convinced that before modernizing in the Russian engineering industry, it is necessary to carry out a fundamental structural reorganization, which will provide the conditions for the application of high-performance technologies. Only profile specialists and businessmen are able to solve this problem if officials create conditions for this.

Look at the root

Today there are practically no opportunities for the development of private business in the industry. It is impossible to organize at least a small engineering enterprise. Banks will not give a budding entrepreneur even the minimum necessary money (100 - 150 million rubles) for the purchase of equipment, the construction of industrial premises, the replenishment of working capital. And if they had, in the current conditions of lending and taxation such loans are very heavy. Rental of production space, and even with the appropriate technological equipment, under acceptable conditions is unrealistic. Investors in engineering projects in Russia and abroad are not visible.

The structural and economic state of the processing industries, the lack of demand for technological personnel has destroyed the vocational education system, and led to the degradation of higher education. In the place of educational and research laboratories, universities create advertising and marketing centers for non-first-class imported equipment, and instead of engineers, they train management specialists who do not know what they are or masters for teaching what they do not know.

Customs policy also strongly interferes. The state supports the metallurgical segment of the economy to the detriment of mechanical engineering. If finished parts (products) are imported, the customs duty is usually zero. But the import of blanks of these parts is taxed on average 15%. Meanwhile, a significant range of semi-finished metal products in Russia is not produced at all or is difficult to access, most of the procurement industries remained in the composition of giant plants, significantly reduced capacity or closed.

I'm not even talking about how awkwardly large the material and time costs of servicing the supervising and supervising bodies, which often turned state activity into business.

To create conditions for the development of domestic engineering, it is necessary not declaratively, but really do the following:

Ctrl Enter
Noticed oshЫbku Highlight text and press. Ctrl + Enter
We are
List of destroyed the largest and most high-tech enterprisesMilitary reform as an integral part of the security concept of the Russian Federation: Systematic dynamic assessment
Military Reviewin Yandex News
Military Reviewin Google News
42 comments
Information
Dear reader, to leave comments on the publication, you must sign in.