Big Brother is watching you: the scandal between the US and the EU 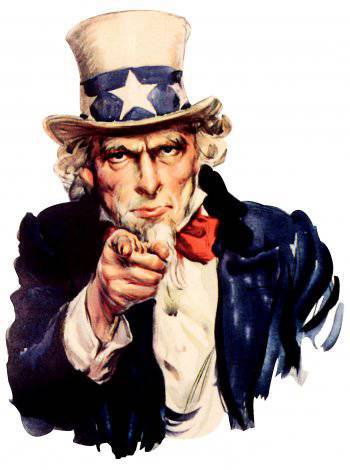 The press got excited from the new scandal that powerfully shook the space of the planet that lies between Europe and the United States. Recently it became known that the US NSA intercepted 38 foreign embassies and diplomatic missions, including the embassies of NATO allies. European media resent. Viviane Reding, the European Commissioner for Luxembourg, said: "Allies do not follow each other." The Germans compared the American intelligence services with the Stasi. Western Europe sounded calls for the rejection of the creation of the so-called "economic NATO". In fact, a cold war began between the United States and the European Union. The reasons for exposing the "Big Brother" was another piece of information from Comrade Snowden.


The Guardian newspaper wrote about the NSA wiretapping at thirty-eight foreign embassies and diplomatic missions. As transmits RIA News", a document to the British edition provided by E. Snowden. The text, dated September 2010, lists the 38 institutions designated as “targets”. With the help of technical means, secret services got access to electronic communications and telephone lines in the representative offices. Among the "goals", in particular, are: the representative offices of the EU, France, Italy, Greece, Japan, Mexico, South Korea, India, Turkey.

The European Union cannot negotiate a transatlantic free trade zone if the United States listens to European negotiators. The European Commissioner for Justice, Fundamental Rights and Citizenship, Viviane Reding, commented on the publication of Spiegel about electronic espionage of the American special services in the EU mission in Washington and in the Brussels offices of the EU institutions, reported correspondent ITAR-TASS Denis Dubrovin.

Another European commissioner, the Belgian Karel de Gucht, who is responsible for foreign trade issues and, accordingly, for negotiations on a free trade zone with the United States, said earlier that this matter is "very serious."

French European Commissioner Michel Barnier, dealing with domestic market issues, said: “Clarity, truth and transparency are what we can and should expect from our friends and allies. Urgent explanations of Americans are needed. ”

Negotiations on the transatlantic free trade zone, or "economic NATO", should be stopped immediately. This was stated by one of the leaders of the Green faction in the European Parliament, Daniel Cohn-Bendit. This idea was picked up by dozens of his colleagues, reports correspondent ITAR-TASS Denis Dubrovin.

“Not everything is allowed to do, hiding behind a special strategy to fight terrorism. I think the US partners in the European Union are not the people who need to be monitored first. It is impossible to violate the basic rights and freedoms of people ", - quotes Anastasia Popova ("Vesti") the words of Jean Asselborn, Minister of Foreign Affairs of Luxembourg.

Managed the process of interception, according to German magazine "Spiegel", at NATO headquarters in Brussels. The main target of US intelligence in Europe was Germany, notes A. Popova. It is curious that Berlin, one of its main allies in Europe, was called by Americans "a partner of the third grade."

Martin Schulz, President of the European Parliament, is outraged: “If this is true, then I’m just shocked. Why does the United States treat us like enemies? Do democracies need to watch each other? I will appeal to the US ambassador for an explanation of what it took to follow us. ”

As reported from Berlin correspondent ITAR-TASS Anton Dolgunovreferring to the weekly Spiegel, which reviewed the secret documents of the special services, the scale of electronic surveillance of the Federal Republic of Germany is comparable to the extent of espionage of Iraq, China or Saudi Arabia. On the day, the NSA monitors up to 20 million telephone conversations in Germany and about 10 million network connections.

Natalia Meden ("Fund of Strategic Culture"), referring to the leading German newspapers, describes the reaction of the German public to the espionage scandal. In short, the publicist characterizes her (reaction) as a “surge of anti-American sentiment.”

Here are quotes from the Frankfurter Allgemeine online forum:

“In America, there is so much dirt that the stench reaches Europe.” Scandals, unjust wars, war crimes, arrogance towards trading partners are all signs of a world dictatorship ... we are involved in the maelstrom of evil. " "Americans still behave like cowboys."

There are also calls to freeze the negotiations that began on the creation of an “economic NATO” (free trade zone between the EU and the United States).

Germany was struck by the scale of surveillance: millions of telephone connections, electronic correspondence, the content of the pages on Facebook — everything is stored for a month. The Germans still have the dictatorship of the former GDR ("Stasi") state of the German security. In the German network write:

“America makes charges against Snowden. Let him put himself against himself for violating elementary freedom in the private sphere and in defense of this freedom. The Stasi service opened up personal letters, violating the privacy of correspondence. The CIA does the same with personal details and emails. No difference. In the GDR was a dictatorship. And in the USA? "

In German social networks, American and British intelligence agencies are compared with the Gestapo:

“If everything goes on like this, the Gestapo will seem like a boys chorus. Then, too, “good Germans” and “Aryans” for years believed that nothing would happen to them. What happened to their infantile hopes? And with good Aryans? ”

Berlin and Paris, notes Maria Efimova (Kommersant), appealed to the United States for clarification. The practice of shadowing reminded the Cold War to the Minister of Justice of the Federal Republic of Germany Sabine Leuthäuser-Schnarenberger.

“During the Cold War, warring countries followed each other. This is beyond me - our friends in the United States see us as enemies, ”she said.

French Foreign Minister Laurent Fabius asked the US authorities to comment on the information published by the German newspaper.

And the founder of "WikiLeaks" Julian Assange promised that the publication of data on the activities of the largest US intelligence services will continue - regardless of the outcome stories with the provision of E. Snowden political asylum.

As for the famous informant, the media is overwhelmed with notes on the fact that the former CIA officer chose not Russia, but Ecuador, as a refuge.

According to Interfax The duty consul of the consular post of the Ministry of Foreign Affairs of the Russian Federation at Sheremetyevo Airport, Kim Shevchenko, Edward Snowden filed a petition for political asylum in Russia.

“Yesterday, in 22: 30 (Sundays. - Approx. Observer), British citizen Sarah Harrison addressed the consular office of the Russian Foreign Ministry at Sheremetyevo Airport, who introduced herself as a lawyer and trustee of US citizen Edward Snowden. She conveyed his request for political asylum in Russia, ”comrade Shevchenko explained. According to the Russian diplomat, he accepted the package of documents, contacted the Ministry of Foreign Affairs of Russia and handed the documents to the courier.

In the evening of July 1, at a press conference in Moscow, the Russian president said that Edward Snowden would be able to stay in Russia, provided he refused to engage in activities detrimental to the United States: “If he wants to stay here, there is one condition: he must stop his work aimed at , to cause damage to our American partners, strange as it may sound from my mouth. " In addition, Putin stressed that the Russian special services do not work with an informant: "I repeat once again: Snowden is not our agent, does not cooperate with us, does not cooperate today, and we do not work with him." The President of Russia added: “Russia will never give anyone away and is not going to extradite. Nobody ever betrayed anyone to us, probably, you also know this well. At best, we exchanged our foreign intelligence officers for those who were detained and arrested and sentenced by a court in the Russian Federation. ”

Secretary of the Security Council of the Russian Federation Nikolai Patrushev, Interfax reports, said that, on behalf of the presidents of the Russian Federation and the United States, the leaders of the relevant special services are looking for acceptable options. “There is no solution that would suit each of the parties. Therefore, the presidents instructed FSB director Alexander Bortnikov and FBI director Robert Muller to be in constant contact and find solutions, ”comrade Patrushev told Russia 24. - They have a rather difficult task, because they have to find a solution within the framework of international law. Today, it’s impossible to take and say that such a rule is and is a ready-made recipe. ”

President Obama, while on a visit to Tanzania, on the same day confirmed that the United States and Russia are conducting “high-level talks” on the fate of Snowden, notes "BBC".

The material from 2 July is the same "BBC" quotes the informant himself that the US president is putting pressure on those countries from which he (Snowden) has sought asylum. “The president ordered the vice-president to press on the leaders of the countries from whom I asked for protection so that I could not be granted asylum applications,” the website Wikileaks quotes Snowden.

“This deception, which one of the world leaders resorts to, is not justice at all, nor is the punishment in the form of exile not stipulated by law. Their goal is to intimidate, but not me, but those who can follow me, ”comrade Snowden believes.

In a statement, the BBC notes, E. Snowden calls himself a “stateless person” and accuses the US authorities of trying to prevent him from realizing his “fundamental right ... to asylum.”

As for the scandal that led to the “cold war” between the United States and the European Union, then, according to Alexei Pushkov, head of the Duma’s international affairs committee, Europe will sympathize with Snowden. In his microblogging on Twitter, Comrade Pushkov wrote: “With their desire for total control of the United States, they have flown into the most acute crisis of confidence since the days of Bush. Sympathy in Europe for Snowden will increase. Snowden - the second after Bush, who dealt a powerful blow to the image of the United States. Bush lied to the world about Iraq, Snowden told the truth about world surveillance. ”

To this we must add that we should at the same time increase the sympathies of the Europeans and towards Russia, the long-time US "partner" in the Cold War. They must grow, the more so since Snowden is likely to receive political asylum in Russia. Consideration of the request and paperwork may take some time, during which the comrade whistleblower will just lay out the remnants of secrets that are stored in his computer. After all, Assange explained everything popularly: the publications will continue, regardless of the final story about providing an asylum to the informant. The President of Russia can be calm: when receiving documents, Snowden will be as pure as a child.

Observed and commented on Oleg Chuvakin
- especially for topwar.ru
Ctrl Enter
Noticed oshЫbku Highlight text and press. Ctrl + Enter
We are
Results of the week. “You do not know what to do? Fell - wrung out! "Edward Snowden vs Big Brother
Military Reviewin Yandex News
Military Reviewin Google News
101 comment
Information
Dear reader, to leave comments on the publication, you must to register.