July 2 2013
5
In July, 1918, an uprising of the Left Social Revolutionaries against the Bolsheviks occurred. The Left Social Revolutionaries opposed the policy of the Bolsheviks, condemning the Brest Peace, the surplus and combats. The July 6 uprising began with the assassination of the Cheka officers Yakov Blumkin and Nikolai Andreyev by the German ambassador, Count Wilhelm von Mirbach.


On the way to rebellion

In the fall of 1917, the Bolsheviks were not yet able to hold power alone. They were forced to share power with other leftists. But later, as their position was strengthened, the Bolsheviks headed for the establishment of a one-party regime.

A new reason for the conflict with the Bolsheviks was the Decree of the Central Executive Committee of 9 in May 1918, which confirmed the state grain monopoly. The organization of food detachments for the forced collection of bread began. The surplus system was negatively perceived by the Left Socialist-Revolutionaries, whose social base was predominantly the well-to-do and middle strata of the peasantry, who suffered the most from the "food dictatorship" of the Bolsheviks. The two parties finally came to a break when the committees of the poor (commanders), which were oriented toward the Bolsheviks, more and more began to force out the representatives of the Left Socialist-Revolutionary Party from the rural Soviets.

The Third Congress of the Left Socialist-Revolutionary Party, which took place in early July, adopted a resolution that condemned the policy of the Bolshevik Party. The Left SRs condemned excessive centralization, which led to the dictatorship; the use of food detachments operating outside the control and leadership of local councils; support for the committees of the poor. In the opinion of the Left Social Revolutionaries, the measures of the Bolsheviks create a "disastrous front of the city and the country." The congress adopted a resolution “to break the Brest Treaty, which was disastrous for the Russian and world revolution, in a revolutionary way.” The implementation of this decision was entrusted by the Central Committee of the Party 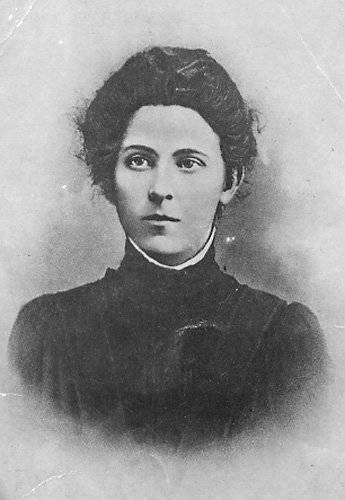 One of the leaders of the Left Social Revolutionaries M. Spiridonov.

The rebellion itself did not last long and on July 7 ended in complete defeat of the Left Socialist Revolutionary Party. 6 July, Jacob Blumkin and Nikolai Andreev, having produced a fake letter on behalf of the Cheka, penetrated the German embassy in Money Street. Around 14: 50 they were received by Count Wilhelm von Mirbach. During the conversation, Andreev fired at the ambassador. Blumkin and Andreev were able to get out of the embassy, ​​got into the car waiting for them and hid in the headquarters of the command of the Cheka under the command of the left Social Revolutionary Dmitry Popov, which was located in the center of Moscow (Trekhsvyatitelsky Lane). There were already other leaders of the Social Revolutionaries - Spiridonov, Sablin, Kamkov, Karelin, Proshian and Aleksandrovich. The rebels, arrested (detained) the chairman of the Cheka, F. E. Dzerzhinsky, who arrived there demanding to extradite the killers of the German ambassador. Then 27 of Bolshevik leaders were taken hostage, including the deputy chairman of the Cheka, Latsis, the chairman of the Moscow Soviet, Smidovich, and others.

On the night of July 7, the rebels began to take more active steps: they occupied the central telegraph and began to spread anti-Bolshevik appeals, where they declared the Bolsheviks "agents of German imperialism." However, the Left SRs did not arrest the Soviet government, did not arrest the Bolshevik delegates of the 5th Congress of Soviets, and behaved passively. And despite the fact that most of the parts of the Moscow garrison, except Latvian riflemen, either went over to the side of the rebels, or declared their neutrality, or had low combat effectiveness.

Lenin and the direct military leaders of the Bolsheviks, N. I. Podvoisky, Chairman of the Supreme Military Inspectorate, and I. I. Vatsetis, head of the Latvian Infantry Division, quickly found their bearings and began to take measures to suppress the insurrection. The workers of Moscow were mobilized, Latvian units were brought to combat readiness. Early in the morning of July 7, units loyal to the Bolshevik government went on the offensive and defeated the rebels for several hours. Left Cusher delegates of the 5th Congress arrested. Some of the most active participants in the rebellion were immediately shot. 11 July left Social Revolutionaries were outlawed.

10-11 July, the commander of the Eastern Front of the Red Army, left SR, Mikhail Muravyov, raised a rebellion in Simbirsk. Muravyov, on behalf of the Eastern Front, declared a break in the Brest Peace, declared war on Germany and called everyone under his banner to fight the German army. MN Tukhachevsky and other front-line officers were arrested. However, the rebellion quickly suppressed. At a meeting of the executive committee of the provincial Council, Muravyev was killed.

It must be said that Lenin voiced an opinion regarding the revolt of the Left Socialist-Revolutionaries, which became dominant in Soviet historiography: he called the uprising "a meaningless and criminal adventure", "an insane attempt" to involve Russia in the war with Germany. He described the leaders of the uprising as "headless" hysterical intellectuals (there is a fair amount of truth in this description). 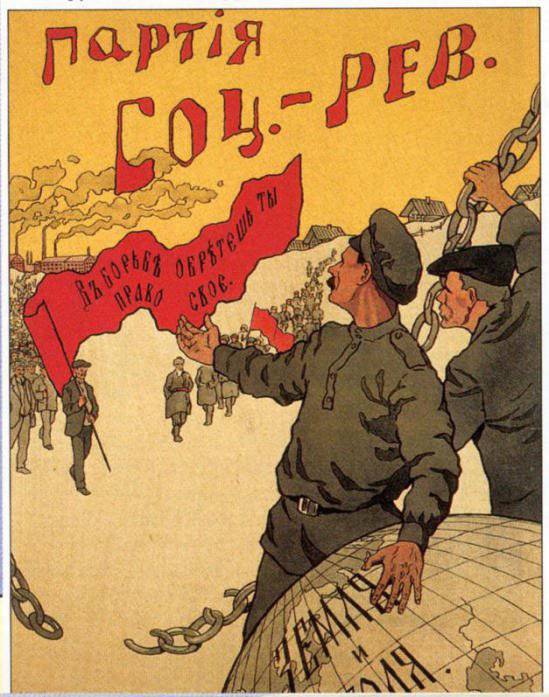 First of all, the passivity of the "rebels" is striking. At the beginning of the uprising, they had superior forces — part of the regiment joined them in the Popov detachment. On March 1, the forces of the rebels increased to 1800 bayonets, 80 sabers, 4 armored vehicles and 8 guns. And the Bolsheviks had 720 bayonets, 4 armored cars and 12 guns in Moscow at that time. The leadership of the Bolsheviks was partly arrested, others hesitated. In particular, Lenin doubted the loyalty of the commander of the main shock unit - the Latvian riflemen, Vatsetisa and the head of the Cheka - Dzerzhinsky. The rebels had the opportunity to arrest the delegates of the congress and members of the Soviet government, but did not. A detachment of the Cheka under the command of Popov did not take any active actions until its defeat and "rebelled" in the barracks. Even in the appeal that was sent around the country, there were no calls to overthrow the Bolsheviks, or to go to the aid of the rebels in Moscow. The Left Social Revolutionaries called for a rebellion only against "German imperialism", and not the Bolsheviks.

An interesting fact is that the punishment of the Left Socialist-Revolutionaries was mild, especially in the context of the Civil War and the gravity of the crime - the attempted coup d'état. Only deputy chairman of the Cheka Aleksandrovich Alexandrovich, and 12 people from the Popov Cheka squad were shot. Others received a short time. The leader of the Left Social Revolutionaries, Maria Spiridonova, was sentenced to a year in prison, and then, taking into account her “special services to the revolution,” was amnestied and released. The direct participants in the attempt on the German ambassador, Blumkin and Andreev, were sentenced to imprisonment for three years. Blumkin generally became the closest employee of Dzerzhinsky and Trotsky.

In addition, it is believed that the uprising was initiated by part of the Bolshevik leadership, which wanted to overthrow Lenin. So, in December 1923, Zinoviev and Stalin reported that the head of the “Left Communists” Bukharin received a proposal from the Left Socialist-Revolutionaries to overthrow Lenin by force, establishing a new composition of the SNK. We must not forget that the so-called. “Left Communists”, including Dzerzhinsky (head of the Cheka), N. Bukharin (the main ideologue of the party) and other prominent representatives of the Bolshevik Party, advocated a revolutionary war with Germany. Only the threat of Lenin to leave the Central Committee and turn directly to the masses made them give up on this issue. In the autonomous Moscow regional government, right up until the dissolution of 1918 in May of the year, left-wing communists and left-wing SRs prevailed. Similar alliances existed in other cities.

Dzerzhinsky’s behavior, which came to the rebel headquarters, also raises questions. With this he violated the management of the Cheka and at the same time created an alibi for himself, in case of failure of the plan. And the instigator of the rebellion - Blumkin, after the mission in Persia and the fight against Ungern, became the favorite of Dzerzhinsky in the Cheka and, on his personal recommendation, joined the RKP (b). In addition, it is precisely in the environment of the "iron Felix" that the Anglo-French trace is clearly visible, and the Entente was interested in continuing the war between Russia and Germany. In the spring of 1918, during a trip to the northern capital of Russia, Dzerzhinsky established a close relationship with M. Orlinsky (Orlov). Orlinsky was the head of the Central Criminal Investigation Commission of the Northern Region and before the revolution, he worked in the investigative agencies, developing the “German trace.” He was a supporter of the orientation of Russia in England and France. Orlinsky established links with the British and French intelligence services. He passed on valuable information to Western intelligence agencies. In particular, the British intelligence officer S. Reilly received a significant part of his data from Orlinsky. Dzerzhinsky tried to transfer Orlinsky to Moscow and put the Cheka as the head of the counterintelligence department being formed. But the Petrograd authorities came against, not wanting to lose such a valuable shot. The counter-intelligence structure of the VChK will be headed by Blumkin. In August 1918, Orlinsky will run away from the Bolsheviks and will appear in the ranks of the white movement.

Another person surrounded by Dzerzhinsky, associated with the West, was A. Filippov. Before the revolution, he was associated with publishing, participating in the publication of various publications of the liberal persuasion, which focused on England and France. After the revolution, he actively collaborated with the Cheka, became a secret agent of Dzerzhinsky, while he was accepted into the Socialist Revolutionary and Cadet circles.

Vatsetis in the 1935 year called the Left Socialist-Revolutionary insurrection a "dramatization" of Trotsky. This version is very interesting, especially if we consider Trotsky’s special role in the Russian revolution and its relationship with the United States (or rather, the financial structures of the United States). During the controversy over peace with Germany, Trotsky took a frankly provocative position - speaking against peace and against war. At the same time, Trotsky had close contacts with representatives of the Entente. Meeting 5 in March with the British and American representatives B. Lockhart and R. Robinson, Trotsky expressed readiness to accept military aid from the Entente against Germany. Trotsky, being a representative of the "financial international" in Russia, actively promoted the idea of ​​a military-political alliance with the Entente. But Lenin in this struggle won up.

As a result, it can be said that the Left Social Revolutionaries were only a “tool” of a grandiose conspiracy, in which the “Left Communists” and Trotskyist internationalists took part, as well as the special services of the Entente camp. The true customers of the July 6 insurgency were in England and the USA. The Entente wanted to “return” Russia and again pit it with Germany. However, the “headless” hysterical intellectuals failed the idea. Lenin was able to push his line.

Ctrl Enter
Noticed oshЫbku Highlight text and press. Ctrl + Enter
We are
"Popovtsy." How the Cheka Detachment of the Cheka became the main force of the uprising of the Left Socialist Revolutionaries and who was its commander Dmitry Popov
Military Reviewin Yandex News
Military Reviewin Google News
5 comments
Information
Dear reader, to leave comments on the publication, you must to register.