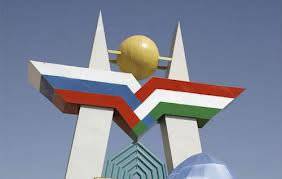 In November of this year, presidential elections will be held in Tajikistan. The reports from this country are alarming - the authorities have stepped up pressure on the opposition, and in fact deprive the current President Emomali Rakhmon of real competitors. At the same time, Tajikistan’s relations with Russia are deteriorating. To the extent that assumptions about a change in foreign policy orientation of Dushanbe began to acquire an affirmative character.


The New Tajikistan party, still unregistered in the country, came under repression. The leader of the initiative to create a party, the chairman of the Coordinating Council of the Association of Entrepreneurs, the former Minister of Industry of the Republic, Zayed Saidov, was under investigation and accused of corruption, extortion and polygamy. The project to create this party turned out to be so good that the authorities even in their infancy saw him as a serious threat.

Two other opposition parties - the Social Democratic Party of Tajikistan (SDPT) and the Islamic Renaissance Party of Tajikistan (IRPT) are under strong pressure. The IRPT is the most influential party. The candidate, who will be supported by the Islamic party, will have significant chances of winning the elections. This is the second largest political party of the republic.

Attacking opposition parties today, the authorities are hitting their own positions, on stability and on the interests of citizens, polarizing society and strengthening the positions of the radicals. And this is Hizbut Tahrir and the Salafis, who more and more successfully find their way to the hearts of young people who are disillusioned with legal opposition parties, accusing them of flirting with power and the inability to resist the arbitrariness of the administrative machinery with its corruption.

The current head of state, Emomali Rakhmon, has not yet announced his intention to run for another seven-year presidential term. Since November 1992, he has been the permanent leader of Tajikistan. In 2003, a referendum was held on amending the Constitution. According to the amendments, the term of office of the president increased from 5 to 7 years and was limited to two terms. In addition, in one of the points it was stipulated that the previous presidential terms were nullified and so he went to the polls in the 2006 year for the first time.

Given the certain closeness of the Tajik political society, familiarization with the positions of the parties - the SDPT and the IRPT is of undoubted interest, especially since this state has traditionally been a strategic ally of Russia. 201-I Russian military base is deployed in the republic. And in Russia there are about two million citizens of Tajikistan who are directly or indirectly involved in the life of our society. However, relations between countries have recently cooled. Experts see the reason for this as E. Rakhmon’s intractability regarding the extension of the lease dates for the Russian base and the transfer of the Aini military airfield located near Gissar to Moscow. Behind this object is a backstage geopolitical dispute, since India was involved in its modernization. Dushanbe is not averse to leasing Aini to Americans when they leave Afghanistan.

About what is happening in the republic, with which tensions in the Russian-Tajik relations can be connected, the chairman of the Islamic Renaissance Party of Tajikistan Muhiddin Kabiri says:

- Russia and Tajikistan are strategic partners, and this status is enshrined in many interstate documents. Representatives of both states are constantly talking about this and, most importantly, the population supports the line of their government in this direction. At least in Tajikistan there is no political force that would not consider strategic partnership with Russia a priority. In Russia, on the contrary, there are a lot of politicians and political forces who have an alternative opinion, but praise be to Allah, they are in the minority. But why then there are difficulties in the relationship? Most likely, we have a different approach to the issue of strategic partnership. We have different expectations from each other, sometimes not always real. I do not know the level of relations between the presidents of Russia and Tajikistan, and I cannot appreciate them, but it seems that they understand the essence of last year’s agreements in different ways. It is about extending the lease of the base, supplying fuel and other issues.

As for the change of the vector of Tajikistan in the direction of the United States, I do not think it is worth sounding the alarm. However, the United States made it clear that they want to see Uzbekistan rather than Tajikistan as their strategic partner in the region. Without going into details, it is safe to say that both states are doomed to cooperate. And we must proceed from this. Who needs someone more is another question.

- Moscow has already ratified the agreement on the 201 military base deployed in Tajikistan. Dushanbe delays. What is the reason?

- It is necessary to understand whether this question was initially attached to others or was discussed separately. For example, were the conditions for the stay of the base in relation to the abolition of duties on petroleum products from Russia not considered: you are duty-free fuels and lubricants for us, and we have a base for 49 years. Unfortunately, the negotiations were closed and there was very little information. And in general, the Tajik public was misled by our own officials and experts. There was a lot of pathos around this subject matter and it was stated too loudly that in the future there would be a charge for any foreign military base. On the basis of the duration of stay of the base, they were silent. And there is no specifics. I think that our diplomacy is again in an awkward position. Many experts say that the Tajik side has made big enough concessions in this matter. For example, that Russia will not pay for the base, that the length of stay is extended by 49 years. And all this in exchange for Russia's support of a high-level presidential candidate from the ruling party. But so far this has not happened and is unlikely to happen. Because the question is very delicate. And Russia is no longer the same.

Sooner or later the Parliament of Tajikistan ratifies the agreement on the military base. To say that the process is delayed is somewhat premature, time is still there. Moreover, there are other interstate agreements that Tajikistan ratified, while Russia, on the contrary, has postponed. For example, an agreement on dual citizenship between Russia and Tajikistan. Of course, this does not mean that we should link these two agreements and bargain.

- In Russia there are a large number of migrants from Tajikistan. It is no secret that if the policy of Dushanbe does not change, they can be expelled to their homeland. How realistic is this scenario and what does Tajikistan expect in this case?

“We all know that our migrants are our strength, on the one hand, they are supported by the economy, and our weakness, on the other. They are the first to feel all the changes in relations between Russia and Tajikistan. The task of any state is to take care of the welfare of its citizens, wherever they are. For any government, caring for its citizens abroad is not only a matter of politics or economics, it is also a matter of honor. Our migrants should not become a bargaining chip or lever of pressure when resolving disagreements between the governments of the two states. I don’t think that it will be the expulsion of our migrants. Probably, there will be demonstrative deportations, as was the case with Russian pilots detained in Dushanbe. There may also be stricter rules for the stay of migrants in Russia. Mass deportations will lead to increased social tensions in Tajikistan. And neither Moscow nor Dushanbe wants this. Russia is interested in stable Tajikistan, in a stable region, and the stability of the region as a whole depends on the stability of Tajikistan.

- This year presidential elections will be held in Tajikistan. What is the pre-election situation? According to media reports, pressure is being put on you and your party; has the situation changed now?

- Naturally, with the upcoming elections, the situation will get hot. It occurs in all countries with similar conditions. Attitudes toward our party changed long before the presidential election. Since the end of last year, we have begun to feel pressure at all levels and everywhere. Very rude and sometimes provocatively behave representatives of the authorities. Definitely this will not add transparency to the elections. Over the years of the existence of the IRPT, we have faced harassment and obstacles. But they always came out stronger and more united. Survive and the current pressure. But what the other side will gain from this is the question. The IRPT decided to participate in these elections. But the candidate has not yet decided. There is still time, and we will proceed exclusively from the interests of the state and the people. Even if our decision does not really please someone.

Ctrl Enter
Noticed oshЫbku Highlight text and press. Ctrl + Enter
We are
Tajikistan in the shadow of ChinaZafar Suleymani: Tajikistan turns into a wick for the "Central Asian spring"
15 comments
Information
Dear reader, to leave comments on the publication, you must to register.