Contrpost.com: How Putin Will Buy America 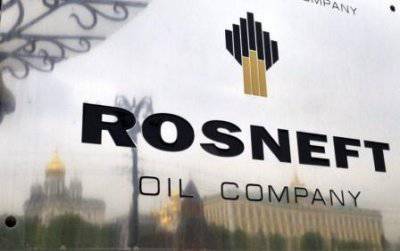 6 March Online Rosneft it was reported that its indirect independent subsidiary (Naftogaz America Shelf LP) acquired 30% interest for exploration at the ExxonMobil sites in the Gulf of Mexico. Twenty blocks with a total area of ​​about 450 square. km located in the water area with depths from 640 to 2070 m. At the same time, ExxonMobil retains 70% share in the blocks and remains an operator.


The deal means continuing the implementation of the Strategic Cooperation Agreement signed by Rosneft and ExxonMobil in 2011, according to which both companies and their subsidiaries are planning joint exploration and development of hydrocarbon resources in Russia and other countries, as well as technology exchange.

21 Jun Office of Information Policy Rosneft reported on the further strengthening of strategic cooperation between Rosneft and ExxonMobil. This strengthening was expressed: a) in the completion of the formation of the structure of cooperation in the implementation of projects in the Kara and Black seas; b) the signing of basic agreements on seven license areas in the Chukchi Sea, Laptev Sea and the Kara Sea; c) laying the foundations for creating a joint venture for the implementation of a pilot production project for hard-to-recover oil reserves in Western Siberia; d) in the transition to the next stage of planning the construction of an LNG plant in the Russian Far East.

The agreements were signed within the framework of the St. Petersburg International Economic Forum.

The company-operator in the joint venture for the Black Sea project is Tuapssemorneftegaz LLC, for the Kara Sea, Karmorneftegaz LLC. The share of Rosneft in both projects is 66,67%, and ExxonMobil - 33,33%. The costs in the initial exploration period in both regions are estimated at over $ 3,2 billion. Exxon will finance most of the amount.

The Rosneft Information Policy Department recalls that earlier, on June 11, Rosneft and ExxonMobil signed final agreements on the establishment of an Arctic Research and Design Center in Russia and an agreement on the joint use of technologies in various regions of the world. Exxon will provide funding for the initial research of the Arctic Center ($ 200 million). Another 250 million dollars for the continuation of the research will be equally made by Rosneft and Exxon. Shares of partners: Rosneft - 66,67%; ExxonMobil - 33,33%. The Arctic Center will use the existing practices of companies to create environmentally friendly and more efficient technologies.

Neftegaz.ru notes that the partnership is beneficial to both companies. If Exxon bit off a large piece of oil and gas pie on the Arctic shelf, Rosneft gained access to technologies that it does not possess, but without which it is impossible to talk about launching difficult shelf projects.

So, mutually beneficial, so technologically, so strategically.

However, on the US portal Contrpost.com the strategic partnership Exxon and Rosneft saw in a different light.

The observer writes that Russian oligarchs, who know how to cram money in their pockets, do not really know how to produce their own oil. Therefore, they need Western companies that have experience in mining in difficult regions, such as the Kara Sea shelf. The author of the material asks a question: what does Russia get in exchange?

Like what - participating in mining projects in Texas. It is also announced that Russia is entering the American oil and gas market. Tax privileges, notes the journalist, "Rosneft" was not offered there. Is the project attractive from a commercial point of view? More likely no, than yes, the browser believes.

Firstly, Rosneft in the US market will get “super-tough” competition. Secondly, there are no benefits, but there are risks associated with deep-sea drilling.

“Can someone imagine how much Russian companies would cost an oil spill, similar to a leak in the Gulf of Mexico during the accident at the BP platform Deepwater Horizon? There would be no shy in fines. The Russians would pay for all their sins in one bill. For everything from the flight of Gagarin to the deployment of missiles in Cuba ... "

It is quite another thing to extract oil in the Black Sea during shallow and safe drilling, the author writes.

Hm What then does the Exxon do there? And, the author repeats the question, what is the benefit of Russia?

Oh, there is a benefit, only "it lies a little deeper than oil in the Gulf of Mexico." True, the risks of obtaining such benefits are no less, but she, the benefit, the journalist writes with enthusiasm, is so great that ... "Putin decided to take the risk."

Here the plot of the article on the portal Contrpost.com suddenly turns - as in an exciting thriller with an overwhelming share of suspense.

The journalist calls the expected results of this big game huge. This strategic move by Comrade Putin is a way of insuring Russia through influence on American lobbyists.

How can you influence them, after all, the journalist notes, “they have done a lot of bad things for Russia and other countries of the world”? You can influence. The fact is that these people are "omnivores, they only need money," and, therefore, "their time has come to work for Russia."

Working for Russia in the name of stability and peace is better than working for the US military-industrial complex to unleash another war, the author claims.

If we consider what voluminous task the “friend Vladimir” has set for himself, the American writes further, then he will probably need two presidential terms to solve it.

Thus, we add, from Russia, Russia’s secret conquest of America will begin from the Gulf of Mexico. If the Russians dig in somewhere, you can’t smoke them out. And if you also consider that the state of Texas has long been supposed to become an independent republic ...