Ulyukayev advises to abandon the currency 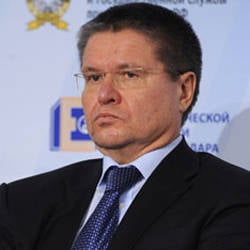 Despite the continuing growth of the rate of the main world currencies against the Russian ruble, the financial authorities of the Russian Federation convince the population and business that there is no need to transfer funds into foreign currency. “It seems to me that my colleagues in the central bank are rather efficiently moving towards inflationary charging, towards a freely floating ruble regime. The current level of fluctuation is not lower than it was several years ago. That is, there is no sense for the population or business to switch from rubles in foreign currency and back, "- said the head of the Ministry of economic development of Russia Alexei Ulyukayev.


Recall that the Bank of Russia plans to switch to pure inflationary pricing from 2015, when the inflation target will be an unconditional priority in monetary policy.

"This is a game in which the population always loses and the one who receives the conversion fee wins. I am deeply convinced that there will not be a high rate volatility and it will be moderate," Ulyukayev said on the air of the Final NTV program.

According to the minister, the level of world oil prices in the foreseeable future will remain stable, which, in turn, will protect the ruble from significant fluctuations. "Oil prices are a serious matter, as global changes have occurred in the commodity market. It seems to me that the forecast values ​​that we are appealing with now are $ 101 per barrel, which we now have for the near future, is reasonable and very “Very worthy", - summed up the head of the Ministry of Economic Development.

Meanwhile, confidence in the inviolability of world oil prices has recently been called into question because of sharply increased economic risks in China. One by one, experts talked about the danger of a liquidity crisis and the collapse of the PRC banking system due to the extremely low quality of loans. If such a crisis does occur, the status quo prevailing in the oil market may well be destroyed and the price of black gold, largely supported by China, will go down.

But the main threat to the position of the ruble remains concerns related to the imminent collapse of the US Federal Reserve program of quantitative easing, or in fact, reducing the dollar supply in the market. The slowdown of the American printing press will increase the attractiveness of the dollar on the market. In this case, the appreciation of the US currency against the ruble will be almost guaranteed, regardless of the situation around oil.

The head of the Federal Reserve has more than once opaquely hinted at the imminent curtailment of the program, which seems to start sooner or later. If this all adds up to a reduction in the cost of oil and the inevitable increase in capital outflows, the weakening of the ruble can be very significant.

It is worthwhile for people and businesses to create their own foreign exchange reserves with such prospects - it is up to them to decide.

Ctrl Enter
Noticed oshЫbku Highlight text and press. Ctrl + Enter
We are
Experiments costing sovereigntyWhat you didn't want to know about England
51 comment
Information
Dear reader, to leave comments on the publication, you must to register.