Yevgeny Pozhidaev: For Russia, the reduction of the nuclear arsenal, rather than reduction, is relevant 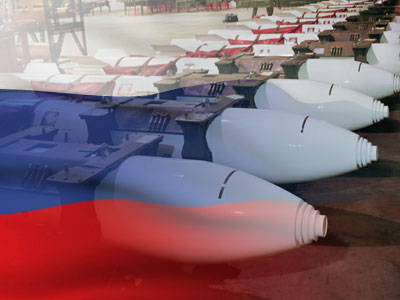 So, the United States once again offered to reduce nuclear arsenals - by more than a third, to 900 warheads, of which only half will be on duty (thus, the number of deployed warheads will be more than tripled). Theoretically, this is quite a lot. So, it is assumed that 500 charges on 550 kilotons (the power of the Topol-M warhead - 500 kt) and 300 on 100 can deprive the US of 65% of the population. In the USSR, it was assumed that the threat of delivery of 150-200 charges is sufficient for reliable deterrence.


However, Russia is clearly not eager to disarm, and Putin, during a meeting on the development of aerospace defense forces, explicitly mentioned the threat of a disarming strike. Moreover, such a threat objectively does exist.

Regarding the disarming scenario, there is a rather impressive set of myths. Thus, it is often assumed that it should be strictly non-nuclear because of the possible environmental consequences for the United States and the subsequent unsuitability of the “unarmed” territory for development and residence. In fact, it is not. In practice, the zone of radioactive fallout will hardly even touch Europe, a global increase in the background radiation by any appreciable amount will not occur either. Even directly in the impact zone, radioactivity will very quickly fall to acceptable values ​​— due to the predominance of short-lived isotopes, the infection level created by an explosion of a nuclear charge decreases about a thousand times faster than in the case of an explosion of an NPP unit. As for the notorious nuclear winter - this is nothing more than a propaganda fake. In other words, the actual restrictions of an “environmental” nature on the use of atomic weapons on a very large scale does not exist - and the disarming strike will be unconditionally nuclear.

What can be a disarming strike for the USA? First, it’s the submarine-launched ballistic missiles Trident 2. Starting off the coast of the Russian Federation (at a distance of no more than 1000 km), they are able to achieve goals in Central Russia in 8-10 minutes. Taking into account the fact that the preparation time of the missiles for the launch is at least 2 minutes, 6-8 minutes remain for checking information about the impact and making a decision, which is frankly not enough. At the same time, the high accuracy of the Trident allows it to destroy highly protected targets, such as silo launchers (silo) and recessed bunkers. It is assumed that two W88 warheads (475 kt) are enough to destroy silos with a probability of 95%, two W76 - 84%.

At a time, at least six American SSBNs are in the sea - which potentially means 144 missiles and up to 2016 warheads. At the same time, the domestic anti-submarine defense did not shine with special successes even at the peak of Soviet military power. Now the Russian PLO - shrunk at times compared with the Soviet period - the archaic reserve. ESONPO (surface and underwater lighting system) is one of the most famous long-term construction projects of the domestic military-industrial complex. The more or less systematic control of the 1000 km zone near the coast is not even on paper - it was planned to cover the 2012% exclusive economic zone (30 km) by 370,4. In other words, it is not able to track the movements of American submarines in the threatened zone of the Russian Navy.

The second likely participant in the disarming strike is long-range, sea-based and air-based cruise missiles (the famous Tomogawk and AGM-86, respectively). The United States has about 5 thousand. Formally, in contrast to the Tridents, it is a “slow” weapon, the estimated time is hours. However, the low altitude (10-30 m in the latest modification of Tactical Tomahawk) and low radar visibility (EPR - effective scattering surface - 0,05 m in the same modification) lead to the fact that such missiles are detected extremely poorly. In fact, the only means of detecting them at a considerable distance are airborne early warning aircraft raised in the air. About how bad air defense is capable of fighting with similar, though much less problematic targets, says, for example, impunity for flying over the Minsk Swedish light-engine aircraft last year. The Belarusian air defense system built on Soviet patterns had all the chances to remain in the dark about this visit - don’t throw the landing party out of teddy bears.

At the same time, a strike on several targets can be clearly synchronized, and the Tactical Tomahawk warhead, even in conventional equipment, is able to penetrate 2,5 m of armor steel with a circular deflection of 3-5 m (the thickness of the cover of the missile shaft is about 2 m, and basically this not armor steel).

As for the carriers, 83 US surface ships and 39 submarines can use Tomahawks. So, only 4 converted into "Ohio" ships-arsenals are capable of carrying up to 616 missiles. In total, the American submarine fleet is capable of carrying the Tomahawks to 1150. Potentially, a platform capable of participating in a sudden strike are also three Zamvolt destroyers under construction with reduced radar and acoustic visibility.

Other carriers of cruise missiles are strategic bombers (58 B-52 Stratofortress, 66 B-1 Lancer, 20 B-2 Spirit). Formally, only B-2 and B-52 are carriers of nuclear weapons, but the Lancers were transformed into a non-nuclear version by extremely cosmetic methods. However, only B-1 can potentially carry 1584 cruise missiles.

Such is the shock potential of the United States. What does the list of potential targets look like? On 1 March, 2013 RF had 1480 nuclear warheads. Their distribution between the "nuclear triad" looks like this. 395 intercontinental ballistic missiles are located on land, of which 207 are Topol, Topol-M and Yars mobile complexes (PGRK). Potentially, they can carry up to 1303 nuclear charges, of which on mobile complexes 261-279. It is easy to calculate that in order to disable 95% silos, Americans only need 376 warheads - I remind you that on one SSBN it can be placed up to 192 W88.

As for mobile systems, in 2012-m the duration of PGRK on combat duty was 18 days (five times less than in 80-x) - from which it is sufficient to simply conclude that at one time the combat patrols were about 20 machines. At the same time, the remaining 187, placed in lightweight shelters, in many respects represent a much easier target than silos. Americans, apparently, will spend for each 1-2 stokilotonny warheads (up to 336 on each SSBN).

The elusiveness of the 126-ton PGRC on the patrol route is also greatly exaggerated. With a formally large area of ​​patrol areas, not a brilliant permeability, especially in autumn and spring, sharply narrows the actual size of the territory where the machine can be located. More than 60% of the patrol route inevitably falls on well-viewed roads. At the same time, the overwhelming majority of the time of the PGRK are not in motion, but in positions. As a result, during the exercise, the vehicles were detected during the 1-2 day by the domestic satellite constellation, the capabilities of which are hardly comparable with the American one. Alas, but to extrapolate the experience of the not-so-successful American hunt for the Scuds into a three-fold heavier system is not too witty.

At the same time, the Americans are actively expanding their monitoring capabilities — for example, until 2015, it is planned to create an all-weather radar reconnaissance system (based on small spacecraft) to track PGRK movements.

Let's look at the Air Force. The assets of the Russian Federation include 48 strategic bombers capable of carrying 508 cruise missiles in total (another 60 units are in reserve). Of these, 16 are supersonic Tu-160s capable of carrying 192 cruise missiles, the rest are subsonic T-95 turboprops, whose chances of overcoming air defense are vanishingly small. At the same time, bombers were on air only in the 1980s - now most of the time there is not a single aircraft in the air - and are concentrated at three airfields. Obviously, in the event of a sudden strike, the strategic aviation The Russian Federation will cease to exist in the first minutes at the cost of "spending" just a few warheads.

The Russian Navy has 8 combat-ready submarines with 16 ballistic missiles (SSBNs) each (plus Dmitry Donskoy remaining in combat fleetbut used more like an experimental ship). Total - 128 missiles - basically modifications of the R-29, capable of carrying either 8 combat warheads of low power, or four - medium (now - the main option). According to the most common data, we are talking about 512 warheads. The number of ballistic missile submarines that are simultaneously in the sea is classified - however, it is known that during the Soviet era there were 25-30% of strategic submarines there. Thus, "standard" in the sea should be 2 submarines. In fact, according to American data, last year, as a rule, one SSBN was on duty at a time, and sometimes not a single one.

There is no doubt that the submarines standing in the bases will be destroyed in the very first minutes of the war. In this case, the Americans - total domination of the sea. Meanwhile, the SSBN without a “cover” is not so invulnerable, as is commonly believed, and are not weapons ready for immediate use. Communication with submarines in a submerged position is possible only in the range of very low (VLF) and extremely low frequencies (ELF). To receive the submarine, it is necessary to podskplyvat to a depth of no more than 30 m and use a towed antenna with a length of 300-900 m, limiting the speed of the boat to three nodes. In other words, the SSBN is not constantly in touch, leaving the enemy plenty of time for his search and drowning - which is more than fraught with his absolute domination of the sea. No less vulnerable in this situation, it turns out during the shooting of missiles. Meanwhile, if you do not take one-time and risky experiments on their "volley" start-up, this is not a quick process.

In other words, the fact that the United States is on permanent duty is more than enough to reduce the number of Russian missiles capable, more or less guaranteed, to launch a retaliatory strike, to less than fifty. Theoretically, this is enough for quite reliable deterrence. However, in practice, the active development of missile defense, space intelligence and anti-submarine defense technologies makes the situation more and more risky. Almost threefold reduction of deployed warheads will make it risky tomorrow. At the same time, it is hardly worth repeating the fact that for Russia atomic weapons are the only way to compensate for the weakness of conventional armed forces, unconditionally and radically inferior to the American ones both quantitatively and qualitatively.

For Moscow, taking into account the context, the reduction, rather than reduction, of the nuclear arsenal is relevant.

Ctrl Enter
Noticed a mistake Highlight text and press. Ctrl + Enter
We are
What you didn't want to know about EnglandStrategic Stability in the 21st Century
44 comments
Information
Dear reader, to leave comments on the publication, you must to register.