Alexander Storm: Poland in Afghanistan: the price of war and the promises of the United States 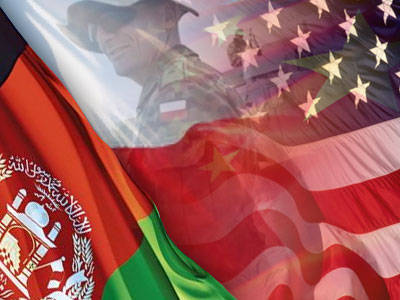 10 June in Afghanistan killed the fortieth Polish soldier, and 5 June NATO adopted a vague concept of further action in this country after the withdrawal of its troops in 2014 year. Taking into account the enormous expenses of Poland on the overseas mission in Afghanistan, it is difficult to find any rational justification for the Polish military presence in this country. The only explanation may be the desire of the Polish authorities to once again prove that Poland is the "most faithful of the faithful" allies of the United States.


Poland quickly decided to participate in the Afghan operation, as soon as the Americans asked her to do so. 22 November 2001, Warsaw, officially confirmed its participation in this mission, and in March 2002, the first subunit, consisting of sappers and special forces, was transferred to Afghanistan. Now there are thousands of people in the Polish contingent in this country, 2,5, but the record period in terms of the activity of the Polish military presence was the 2010-2012 period, when the contingent numbered thousands of troops in the 2,6.

In April of this year, Polish President Bronislaw Komorowski, at the suggestion of the government, once again continued the stay of the Polish contingent in Afghanistan until October October 13. In accordance with this decision, the number of contingents will be 2013 thousand people in place and 1,8 people in reserve in Poland. At the same time, the National Security Bureau reminded that this would be the last change in the contingent of such a large number, this fall its dynamic reduction will begin, and by the end of next year Poland will end its military operation in Afghanistan.

However, the process of withdrawal of Polish troops from Afghanistan has already begun. For example, in April, the Poles handed over to the Afghan army one of their bases, located off the strategically important highway Kabul-Kandahar. In May, the largest consignment of military equipment returned to Poland - in particular, the “Wolomak” armored personnel carriers (translated into Russian as “Wolverine”).

However, as noted by the officers of the Polish General Staff, this is only the beginning of a "large withdrawal of troops." It is planned that by the end of June of this year, 20% equipment will return to Poland. Military property will be divided into three groups. Of course, the most modern equipment is of priority for the army, and all of it will return from Afghanistan. Outdated weapon will be destroyed on the spot, and property associated with the household operation of the bases (which is 15% of what was brought from Poland as part of the equipment of the contingent) will be transferred to Afghans and non-governmental humanitarian organizations.

As General Mechislav Gotsul, the head of the Polish General Staff, recently emphasized in the pages of the Polish press, the military this time will not repeat the "Iraqi mistake" when the military equipment was removed too early and the character of the mission was changed. This led to an increase in attacks on coalition soldiers, and towards the end of the foreign military presence in this country, the number of casualties among the personnel increased significantly.

- Undoubtedly, the war in Afghanistan is, firstly, the war is just, and secondly, the war is necessary. Just because after the September 11 attacks, after the massacres in Bosnia and Rwanda, after the thousands of innocent victims in Somalia, we already know that the world cannot calmly look at the bankrupt states. Such countries - without the current government, without economic and political ties with the world - at best turn into hotbeds of civil war, and at worst - fall into the hands of terrorists - so 10 years ago justified the Afghan adventure "politically correct" Polish publicists.

This approach to the problem of Afghanistan and the participation of Poland in the NATO military operation in Afghanistan was the canon of all the leading Polish media. The critics of the “overseas mission” in which Poland participated, and those who doubt its expediency in the then public debate were marginalized and deprived of the right to vote.

What assessments of this mission do we hear today? - At least risky and poorly motivated was the decision on the simultaneous participation of Polish soldiers in Iraq and Afghanistan on such a large scale. Sending Polish soldiers to two wars, to the antipodes of peace - this is a kind of world record - this is not what some underground critic of the official policy of Warsaw or an indignant Internet discussion participant says today, but ... President of Poland Bronislaw Komorowski. He presented this assessment of his country's policy at a recent meeting with journalists in the Sejm on the occasion of the 10 anniversary of the military operation in Iraq.

During this meeting, the Polish president also stressed that there was a need "to make far-reaching conclusions and change the Polish expeditionary policy." “Once, one of the Polish foreign ministers announced such a policy and for many years forces were created under this policy, with damage to the real possibilities of a more effective defense of one’s own territory,” continued Bronislav Komorowski.

Even less diplomatic and at the same time unpleasant for ideologists of the Afghan war, questions are asked by Aimal Faizi, press secretary of the president of Afghanistan Hamid Karzai: - Why, in terms of achieving the goals of this war after more than 10 years, it suffered a fiasco and ended with the death of thousands of innocent people and the destruction of their homes? Why this war, as before, continues in Afghan villages and houses, if it is already known that the bases of terrorists are outside the territory of Afghanistan ?!

From the very beginning, Polish society was critical of the Afghan adventurism of the authorities, although it still has not invoiced its initiators. And the score will be considerable - in terms of human tragedies, and in terms of financial costs.

According to the official data of the Polish Ministry of National Defense, which all officials repeat (for example, Deputy Foreign Minister Bohuslav Vinid during a recent speech before the relevant Seimas commission), only in the period from 2007 to 2011 year did the operation in Afghanistan cost Poland 4,3 billion zlotys (1 billion euros). Last year, these costs amounted to more than 500 million zlotys, and this year it is planned to spend the next 531 million zlotys.

For comparison: the budget of the Polish State Fire Service for this year is 2 billion zlotys, and in Poland (recall: 38 million population) its tasks correspond to the tasks that the whole ministry (Emergencies) fulfills in Russia - in particular, assistance to victims of natural disasters disasters and all sorts of tragic events. The costs in the initial period of the operation (from 2002-th to 2007 year) in these data no mention.

The last Polish soldier, the fortieth in a row, died in Afghanistan 10 June of this year. Blown up on a mine. In March, under similar circumstances, another soldier was killed. In January, it became known about the death of the captain of the special forces. December 2011 was the most tragic year when 5 Poles died after an explosion under an armored personnel carrier. It is characteristic that with such a regularity of deaths in Afghanistan, information about the next victims as the term of the Afghan operation expired ceased to be for the main Polish media. news day.

- So much cry was in the world after the Russians entered Afghanistan, the West armed and helped those whom the Polish soldier must kill today. Where is the logic here ?! Who remembers those who died in Iraq today ?! It will be like this in a few years, when the next Polish contingent will go to the other end of the world - said Tadeusz Polyak, a scientist, a member of the Catholic intelligentsia club.

American official representatives are distinguished by their duty optimism regarding the military operation in Afghanistan and vague discussions about the significance for Poland of participation in such operations. 10 May Stefan Mull, US Ambassador to Poland, in his speech at the 6th Euro-Atlantic Security Forum "NATO after the ISAF mission. Collective defense or operational missions - partners and changes", which took place in Krakow, said: - I think that the concepts of collective defense and Expeditionary missions should not be mutually excluded, I see them rather as integral parts of a whole. Expeditionary operations are needed because of readiness.

The American diplomat took the opportunity to shower Poland as his faithful ally with compliments, and at the same time to fix future expectations from her.

- Participation in expeditionary missions gives Poland a place at the most important table in NATO. In order to take on the role of a true leader in NATO, Poland must be prepared to assume responsibility and be actively responsible for the full scope of NATO operations, including operations conducted outside the territories of member countries, the ambassador stressed.

After the recent statements by the Polish president regarding the critical assessment of the “overseas mission at the antipodes”, Polish officials no longer so warmly welcome every US “peacekeeping” idea. At the above-mentioned Krakow forum, Stanislav Kozei, head of the National Security Bureau of Poland, gave a rather sharp rebuff to the American ambassador. He stressed that NATO is already very tired of Afghanistan and the fact is clear that among allies there is a diminished interest in conducting operations outside the territories of the member countries of the Covenant. "It appears that post-Afghan NATO will - must be - an alliance consolidating around its core function, which is the immediate security of member countries, so as to create an opportunity for the alliance’s shared political will to participate in the pact outside its borders in order to defend and support others interests of its members, "- said Stanislav Kozey. Misty plans and old promises

About what to do with Afghanistan after the withdrawal of the NATO troops from that country in 2014, 5 of June was consulted by the alliance’s defense ministers. All they managed to do was agree on the name of the next mission (Resolute Support) and, poetically, assure that - as the NATO secretary general Anders Fogh Rasmussen said - "the Afghans will not be left alone" and that "2014 will be a new beginning for this country. " Concrete was not enough. What is obvious is that the occupying troops of the United States (in the east and south of the country), Germany (in the north), Italy (in the west) and, possibly, Turkey in the region of Kabul will be engaged in training the Afghan armed forces.

In turn, the Polish Foreign Minister Radoslaw Sikorski (by the way, during the Soviet intervention in Afghanistan was among the Mujakhetdins), who visited Washington in early June, once again tried to show that Poland is the "most faithful of all" US allies . And once again (in Poland, no one considers what time it is), he heard that the US administration is in favor of abolishing visas for Poles. Such assurances are repeated during each official visit of Polish delegations overseas and at all levels. Although everyone knows that this issue is within the purview of the US Congress, this fun has been going on for many years.

And for every Pole, the issue of visas is both a matter of prestige and an indicator of America’s real attitude towards their country. Recall: Poland is now the only Schengen country and one of only three EU countries (along with Bulgaria and Romania), whose citizens, as before, travel to the USA with visas. Neighboring Canada and Mexico have long been canceled visas for Poles.