Hackers can kill people at a distance

July 1 2013
8
The situation around cybersecurity in recent years has excited not only world governments, but also doctors. Doctors seriously fear a possible wave of hacker attacks aimed at breaking into various implanted devices in the body - from insulin pumps to pacemakers. Today, more and more medical clinics offer their patients implantation under the skin of various medical devices to reduce the risk of a fatal outcome in a critical situation. First of all, we are talking about people who have serious problems with the cardiovascular system, as well as people with diabetes.


Some physicians believe that the implantation of various health-monitoring chips into the human body can acquire a global scale over time. Doctors are seriously concerned about the possibility of the opposite effect of this therapy. For clarity, you can give an example from the film industry, namely an episode from the TV series Homeland, in which the US Vice President is killed by a successful hacker attack on his pacemaker. The hackers broke into a pacemaker and sent a discharge of electricity from him into the vice-president’s body.

"Good news lies in the fact that these things happen today only on television. But from the actual implementation of this scenario in practice, humanity is separated only by one small step. Personally, I’m having a random malware hit on an implanted device that causes even more fear than a deliberate hacker attack, ”said Kevin Fu, who is a professor of health security at the University of Michigan. 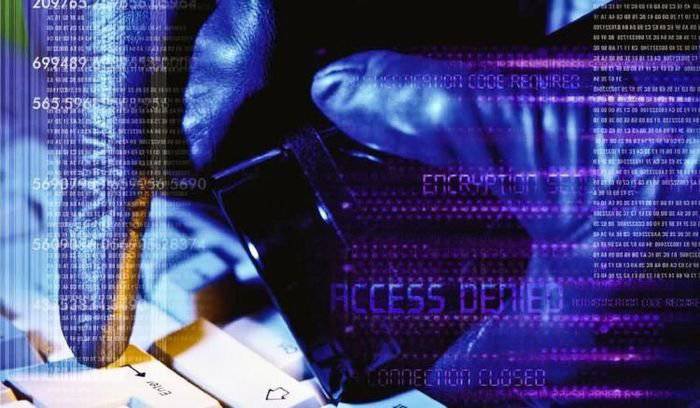 Scientists fear shared by Barnaby Jack employee IOActive, which specializes in issues of network security. According to the latter, the scenario of the film Homeland is quite real, he is personally going to demonstrate the possibility of such an attack at the upcoming meeting of US hackers. Jack Barnaby studied the security system of modern implantable medical devices and concluded that they are very vulnerable to hacker attacks. Many of these devices are running Windows 95 and Windows XP, hacking which is not difficult for most hackers.

A similar opinion is shared by specialists working for McAfee. They believe that the attacks of modern hackers are likely to be fatal, as they are capable of striking various medical equipment. In the event that a person’s life depends on a particular device, hackers have the ability to make changes to its mode of operation, which in the end result can lead to the most negative consequences for a person.

To date, vulnerabilities have been found in individual pacemakers and insulin pumps, which are already implanted in patients of clinics. As part of the study, scientists were able to change the mode of operation of the insulin pump, which contained 300 doses of insulin through a radio channel, so that the patient received all the doses that were calculated for the course in the month 1,5 at a time. Such an overdose would be the cause of guaranteed death. Although such devices are equipped with some protection systems, hackers could disable it. 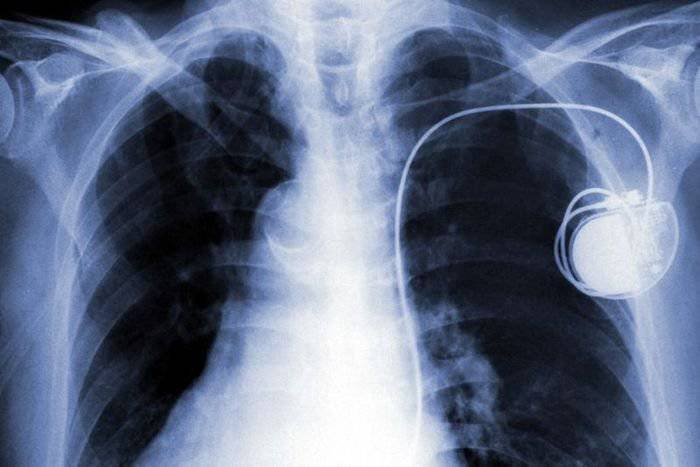 We have to admit that this method of murder today is quite limited. Since it can be directed only to those people who are not able to live without embedded medical devices. In addition, this is a rather complicated type of hacking, since for its implementation it is not enough for a hacker to simply connect to the Internet from the nearest available point. With high probability we can say that for people who have decided to kill, it will be easier and cheaper to buy a gun or a bomb. To date, this way of killing a person looks like a Hollywood, not because it is impossible in principle, but because it is not sufficiently effective.

Another 4 way hackers can kill you now

The possibility of hijacking an aircraft in our time can become quite an urgent problem. Especially if we take into account the fact that modern airplanes and helicopters themselves are able to carry out almost everything that pilots can do. And all this is achieved through the use of computer electronics, which they literally crammed with. In this case, the hacker in general does not even have to be on board of that plane, whose control computer he is ready to hack. At the same time, it is the large airliners of commercial companies that are subject to a higher threat of hacking. Since through their consoles, you can get full access to the internal systems of aircraft. In the event that direct control of the aircraft cannot be broken, a hacker can get into the air traffic control system and send false commands to the pilots. Needless to say that the pilots themselves will not know about the falsity of the commands and information received. 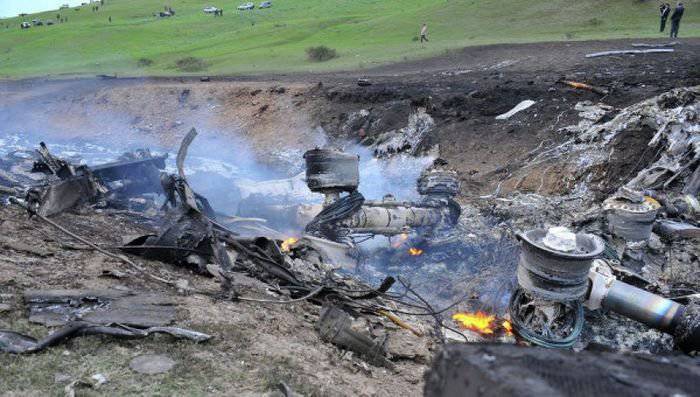 Despite existing technical holes, airliners were not such a popular target for carrying out terrorist attacks from the 2001 year. However, we should not forget that hackers really do have this opportunity, and if they do not use it, this does not mean that this is an impossible task for them. It's just that today's terrorists prefer to use quite ordinary bombs when conducting their attacks.

Few people know, but today, power outages are killing more people than you could imagine. Failing air conditioners, closed hospitals and idle pharmacies and shops, disruption of cellular and telephone communications can all have fatal consequences for people whose life directly depends on the benefits of modern technical civilization. For example, according to a report from 2003, in New York, 90 people died in a major energy accident. The power outage occurred due to the relatively small error that the regional energy management company made. But the consequences of this error led to the fact that almost 55 million people experienced power outages for 3-x days.

What about targeted attacks? In the summer of 2012, hackers managed to crack the security of a Canadian power supply company and gain access to its control system. It did not lead to serious consequences, but the fact is alarming. Today, complex energy systems that have access to the Internet are especially vulnerable to hackers, as they connect to the same worldwide network as you and we, therefore, are very vulnerable to cyber attacks. 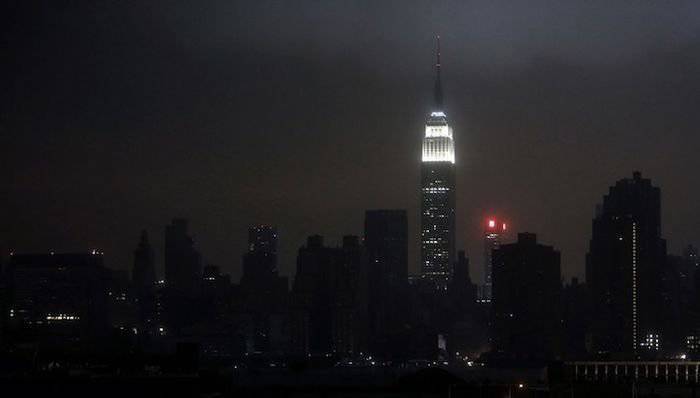 In the past, even breaking into one relatively small power supply line could cause a whole chain of problems that would ultimately affect much larger power grids. However, companies today spend a large amount of money and energy so that small failures do not become the cause of failure of all power systems. Since 2003, their safety has increased significantly. In order to eliminate a specific victim, power outages are not the most accurate means. Most likely, this failure will simply be attributed to the failure of any sensor than to a targeted terrorist attack.

In addition, the growth of security, which does not allow a relatively small local hacking to "put" the entire energy network, is a rather serious obstacle. To carry out a large-scale attack, it is necessary to crack not one, but several energy lines at once, which are combined into a common network, but function independently. This is a fairly time consuming, long and expensive process.

Modern alarm systems, which are designed to protect your car from theft, in fact, can be a very good tool for hacking. Back in 2010, a group of engineers from one security systems company for vehicles, using a compact special device mounted in the car, showed how a hacker could get access to a car with it. Since that time, hacking tools have only been improved. In 2011, the same company demonstrated several wireless methods of remote hacking and access to the car. In this case, the hacking was carried out through a system that initially allowed the car owner to find him if he was hijacked using cellular communication. How can a hacker attacker use this? The scope for fantasies is wide enough: from brake system failure to engine failure. 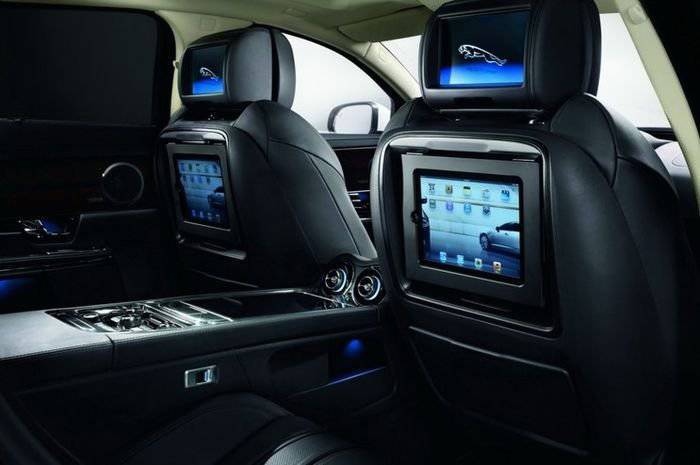 As well as a sufficiently large number of variants of cyber attacks, this attack is quite time-consuming. Since before making it, a hacker will have to gather a large amount of information in order to find the car of interest to the victim, after which the potential victim will be in the car. It is worth noting that it is quite realistic.

Modern military UAVs, which often flash on web pages and news, can really be hacked. Or at least reprogram it. For example, in the summer of 2012, students from the University of Texas at Austin in a dispute that was proposed by the Department of Homeland Security, were able to crack a government drone. Despite this, in the West on 2015 year, a fairly broad program is planned to expand the use of UAVs. At the same time, today the practice of using drones in Russia is not very common. 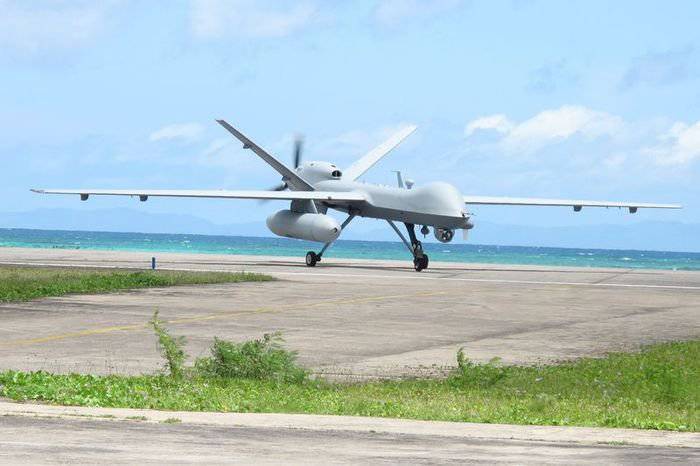 Only one hacked military drone UAV is able to kill quite a large number of people. However, even relatively small commercial samples, like the Parrot AR.Drone 2.0, are able to kill a person or even 2's. Here it is just appropriate to remember history about Aeschiel, which tells us that the ancient Greek was the victim of a tortoise fallen from the sky, which the eagle that caught it dropped. This story suggests that the death of even a small drone is not impossible, although it seems very unlikely.