"Armata": silence that has no analogues

July 1 2013
396
Over the last time, various kinds of images regularly appear, which show the alleged appearance of a promising tank based on the Armata platform. However, all such drawings and three-dimensional models have one characteristic feature - among them there is not a single official image of the new combat vehicle. The authors of the project have not yet spoiled the public with information, which is why a variety of speculations on this topic appear. The declared dates for adopting "Almaty" into service are approaching, but, nevertheless, responsible persons are still limited only to general statements and are in no hurry to publish any technical information. 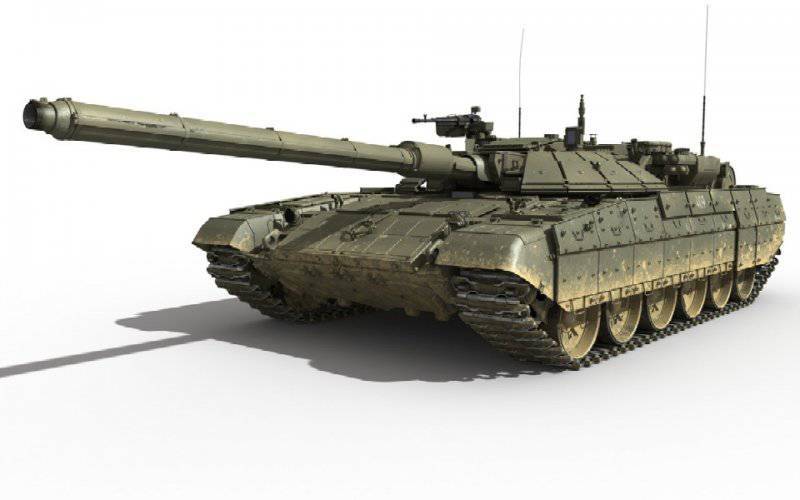 Last week, 27 of June, the Deputy Minister of Defense Y. Borisov once again touched upon the creation of a new armored platform, which attracted the attention of the entire public interested in this topic. To the chagrin of armored amateurs and experts, the deputy minister again managed to use common words, without specifics. Y. Borisov said that the promising main battle tank “Armata”, which is being created now, will surpass all existing foreign vehicles of this class in its combat characteristics. Moreover, the Deputy Minister of Defense said that the characteristics and capabilities of “Almaty” will be higher than those of similar foreign cars being developed at present.

The same, according to Borisov, applies to other weapons systems that are being built in our country now. So, at the stage of completing the design work, any new types of weapons and military equipment are at least as good as their foreign counterparts. The deputy minister noted that in some cases the characteristics of domestic developments are even higher than those of corresponding foreign samples. Otherwise, there is no point in running such projects.

Thus, the conversation about a promising tank on the basis of an armored platform "Armata" once again ended on the most common words. Of course, the statements of the Deputy Minister of Defense about the superiority of the new domestic technology over foreign please the ear, but do not add any new information to the existing one. The technical details of the project are still unknown, which can be interpreted in the broadest possible manner, including in a negative way.

The reason for the specific reaction of the public, among other things, may be plans of Uralvagonzavod regarding the display of a new tank. A few weeks ago, the company's general director, I. Sienko, stated that the Armata tank would not be on display at the Russian Arms Expo military equipment exhibition in September in Nizhny Tagil. The reason for this is the secrecy of the project. Earlier, some sources claimed that the future exhibition will be held "premiere" promising tank. Now, it seems, the public will have to suffer several months before they show her a new combat vehicle.

In the context of the display of the new tank, the third version is also mentioned. Thus, expert A. Khlopotov, citing rumors circulating in certain circles, writes that the first show of Almaty will take place this fall. However, at first the tank will be shown to a narrow circle of persons from the leadership of the country and the military department. What will happen after this - while no one can say. The hassle suggests that the upcoming show may turn out to be a trivial blow of dust in the eyes of the high authorities. For these purposes, they can assemble a model of a promising combat vehicle at a single tank-building enterprise, which they will show to the president, the minister of defense and other officials.

So far, for obvious reasons, it is impossible to say how much Hlopote is right. Perhaps the assembly of the first prototype of the Armata tank will begin soon, but another development scenario cannot be ruled out, in which the design bureau of Uralvagonzavod will not have time to complete the design work by the fall. In view of the secrecy of the project, it remains only to guess what its actual state is. Naturally, this can be the cause of the emergence of various kinds of speculations, including negative ones. Probably, to correct the situation with a large number of rumors and the almost complete absence of verified information could timely announcement of information about the progress of work.

However, until now, only the most general facts are known about “Armata”, and more accurate information concerns only the approximate terms of development and adoption. Naturally, this serves as an excellent ground for the emergence of various rumors. Most likely, in the future, the industry and the Ministry of Defense will continue the current policy of announcing information about the project, which does not imply the publication of any details. Therefore, until a full-fledged demonstration of the prototype of a promising tank — and now we can assume that this will not happen next autumn — the Armat program will remain secret and therefore provoking controversy.

Ctrl Enter
Noticed oshЫbku Highlight text and press. Ctrl + Enter
We are
"Armata": reflections in anticipation of an open showWunderwaffe for Pantservaffe. Description of the design of the tank "Mouse"
Military Reviewin Yandex News
Military Reviewin Google News
396 comments
Information
Dear reader, to leave comments on the publication, you must to register.