July 1 2013
6
The year is 1923. The first steps of the Soviet Union on the geopolitical platform of the planet. Safety comes first. That is why, by order of the command of the Workers 'and Peasants' Red Air fleet on Voronezh land, one of the country's first flying military schools is being created for specialists who in a short time should master the skills of managing the aircraft available at that time.


At the same time, a cadet appears at the school, whose name she will be named after some time. This, if you will, the real Columbus Russian aviation Valery Pavlovich Chkalov is a legendary man, a professional to the bone.

Year 2013. Voronezh region. The provincial 65-thousandth town - Borisoglebsk. A city that does not have the title of a city of military glory, or anything like that. However, this is the city where exactly the foundations of the Soviet military air fleet began to be forged exactly 90 years ago. It was Borisoglebsky flight school at the very beginning of his professional career and he graduated from the legendary Chkalov, whose meaning for the national aviation is comparable to that of Yuri Gagarin for cosmonautics. 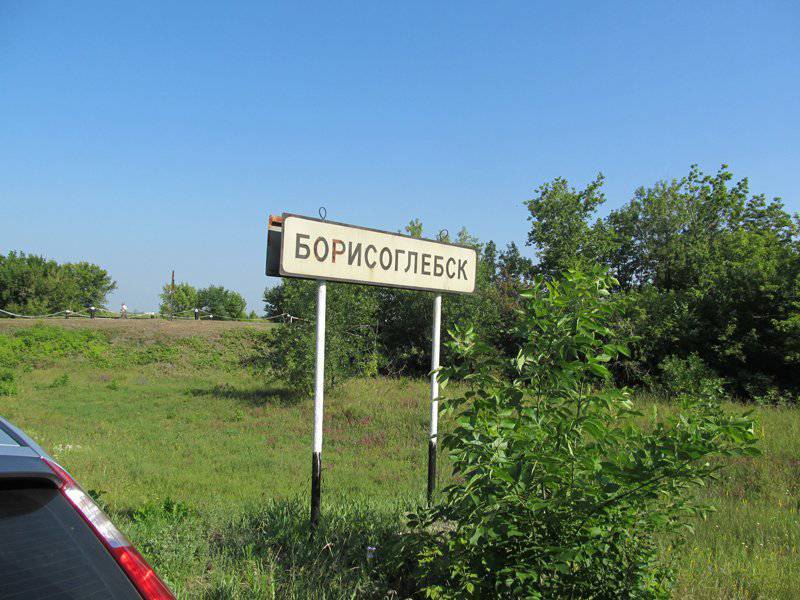 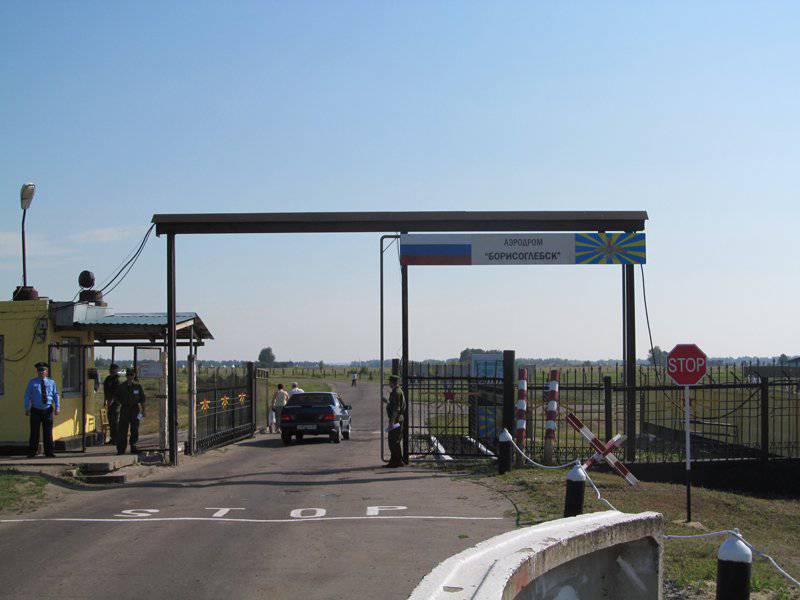 Entrance to the airfield "Borisoglebsk"

90 years ago, the school began its epoch-making journey under the leadership of Vasily Remezyuk. Over the years of its existence, the school (and then the Higher Military Aviation Pilot School) released a whole galaxy of conquerors of the heavens, including the legendary test-pilots, cosmonauts, Heroes and twice Heroes of the Soviet Union, pilots participating in air battles over the expanses of not only Russia but also a number of foreign countries. Graduates of the Borisoglebsk flight school (military school) performed their duty during World War II, carried out non-stop flights between the continents, fought in the sky of Afghanistan, performed their duty in the Caucasus. V.P. Chkalov, V. G. Ryazanov, I. M. Sukhomlin, N. V. Chelnokov, A. V. Aleleukhin, N. P. Kamanin, S. V. Zaletin, A. N. Prokhorov. This list goes on and on. 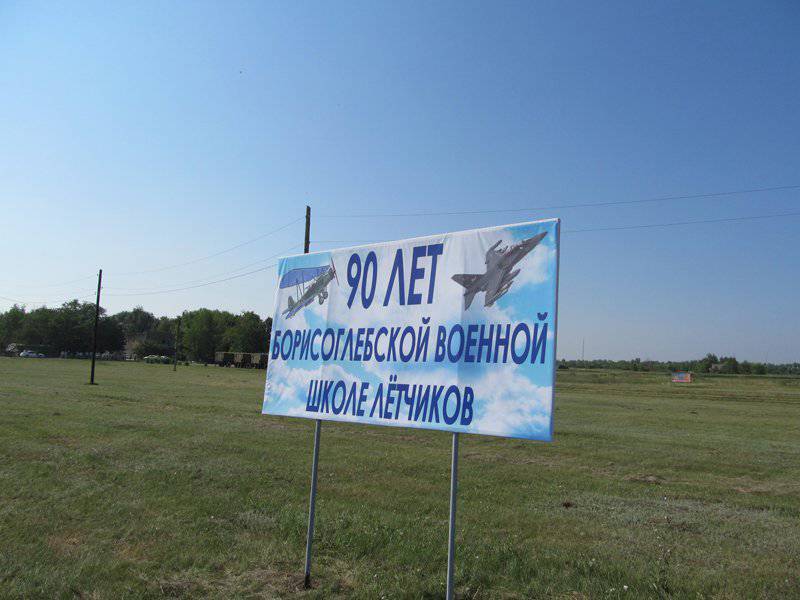 29 June 2013, Borisoglebsky Aviation School (BVVAUL), which, after the collapse of the USSR, experienced years of total underfunding and outright ruin, celebrates its 90 anniversary. Today it is not an aviation school and not a BVVAUL, but a Borisoglebsky aviation training base of the Military Air Academy. 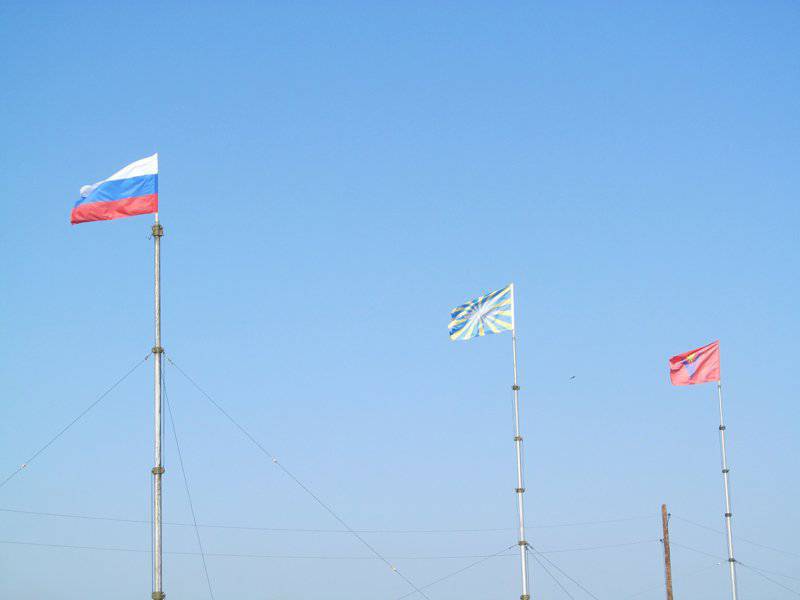 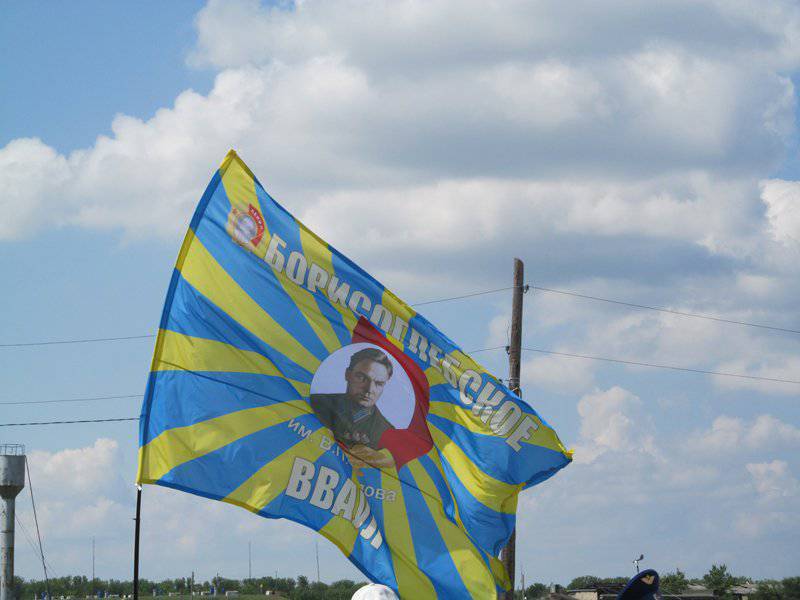 This is a big date not only for Borisoglebsk itself, but also for the entire Russian military aviation, which historical retrospectively connected in the legendary names of the first military pilots of the Soviet Union, conquering and conquering the sky. 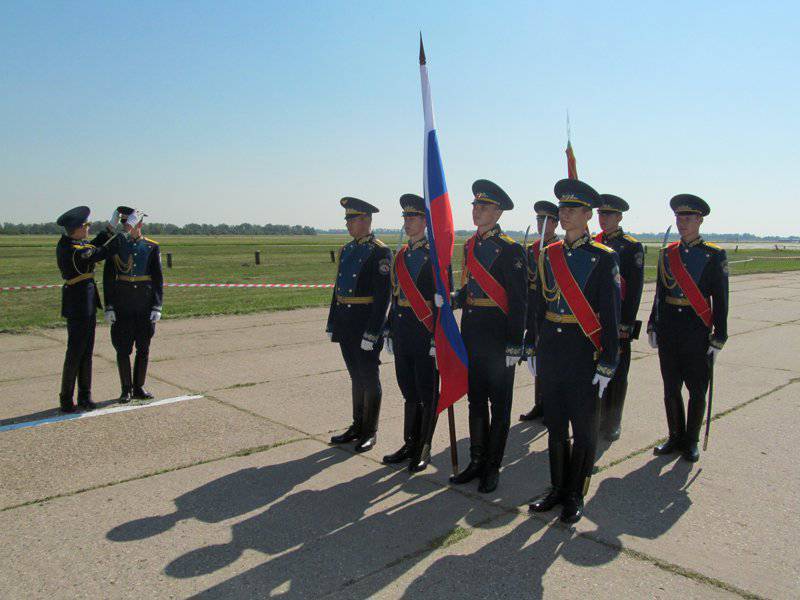 Pupils of the cadet corps before the opening ceremony

Lieutenant-General Bondarev, Commander-in-Chief of the Russian Air Force, arrived at the celebration of the anniversary of the Borisoglebsk Aviation School, expressing the hope that the military school of pilots in Borisoglebsk will be recreated. Viktor Bondarev (by the way, a native of the Voronezh Region) presented state awards to acting officers and veterans of the Russian Air Force. 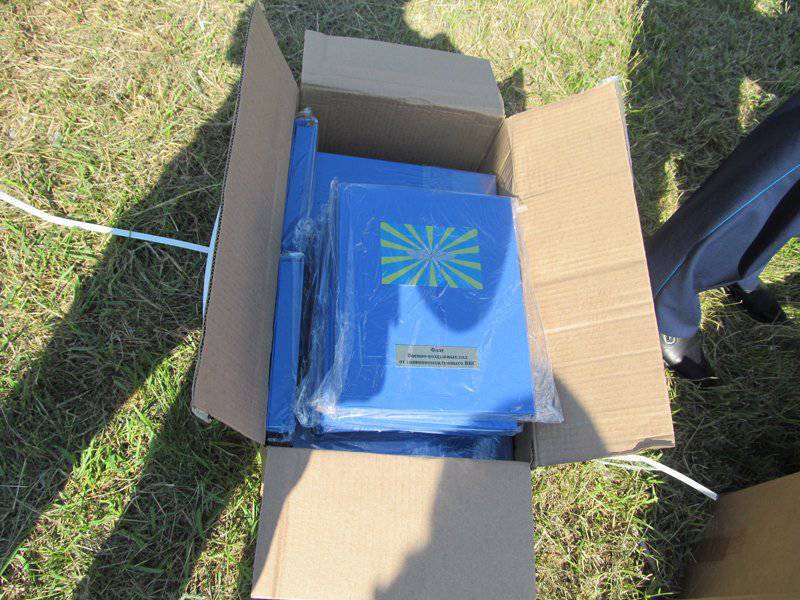 Banners of the RF Air Force before handing 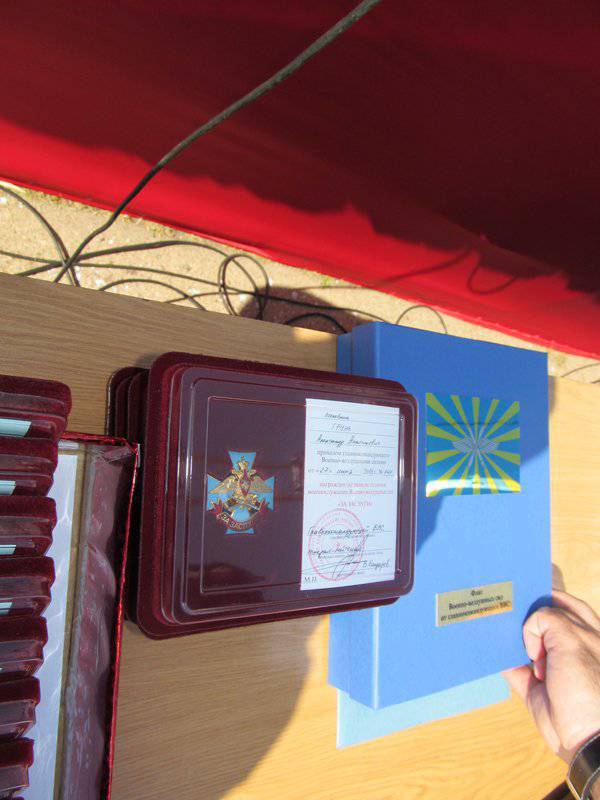 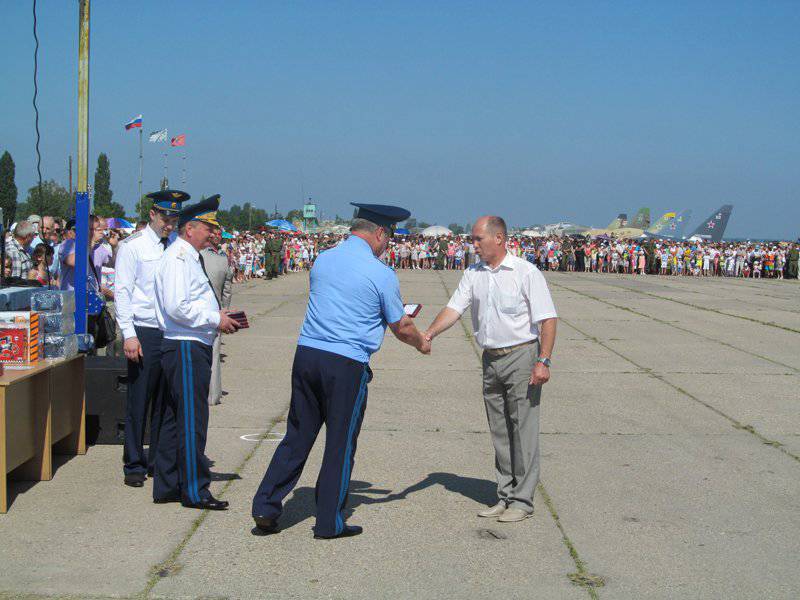 In addition to the Commander-in-Chief of the Air Force, Gennady Zibrov, who is currently the head of the NE Zhukovsky and Air Force Academy named after NE Zhukovsky and Yu.A. Gagarin, arrived at the celebrations to mark the 90 anniversary of the Borisoglebsky aviation school. Just recently, Gennady Vasilyevich (by the way, also a native of the land of Voronezh), on the basis of a presidential decree, was promoted to lieutenant general. He handed over certificates of honor, banners of the Air Force and memorable gifts to those who conquer the skies of countries today and those who gave all their work for the benefit of Soviet and Russian military aviation.

The touching moment of the ceremony was the presentation of the icon to the representative of the Voronezh and Borisoglebsk Diocese by Father Vasily, who for a long time was engaged, if one may say so, in supervising the Borisoglebsk aviation base with all of its personnel headed by Colonel A.A. Grun. 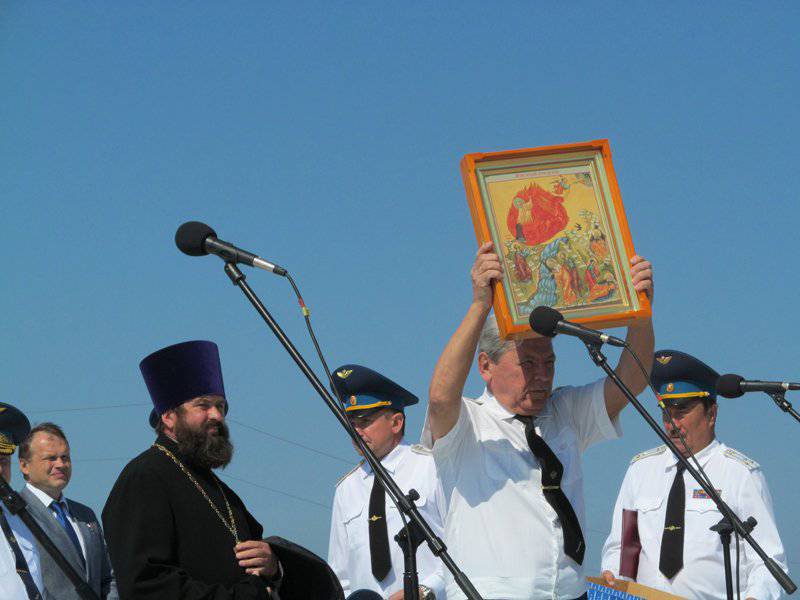 After the official part of the festival was over, a truly enchanting performance awaited - an air-parachute show, which was opened by the aerobatic team Falcons of Russia. The Falcons arrived at the Borisoglebsk airfield from the Lipetsk Air Center, whose history is also closely linked to the military school named after Chkalov. The head of the aerobatic team is Major General Kharchevsky. 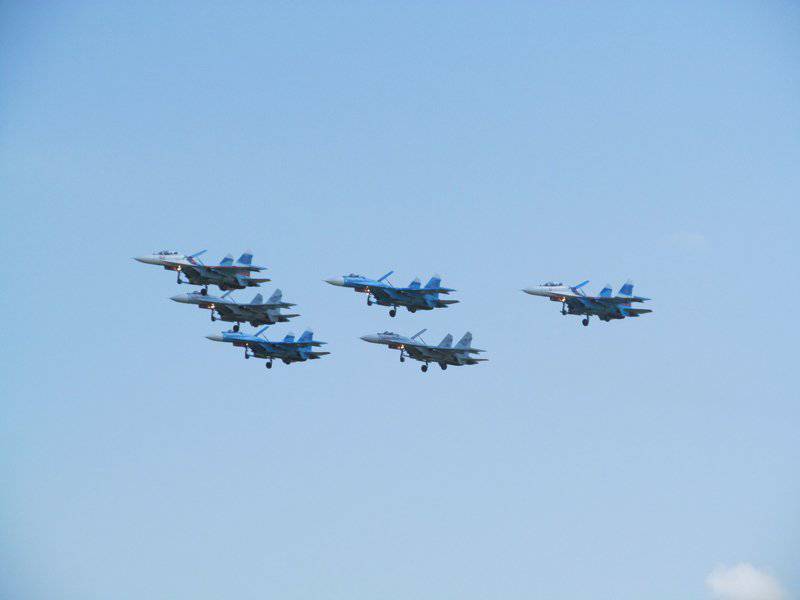 Those elements of the aerial performance that were shown by the Falcons of Russia, first at the six, and then at the four Su-27, threw the audience into real delight. Cascades of aerobatics, among which, in addition to the “barrels” and “knives”, were “Nesterov’s loops”, “bells” and the “dissolving tulips” causing special emotions with shooting heat traps - what caused real pride in the professionalism of domestic masters of combat aviation control . 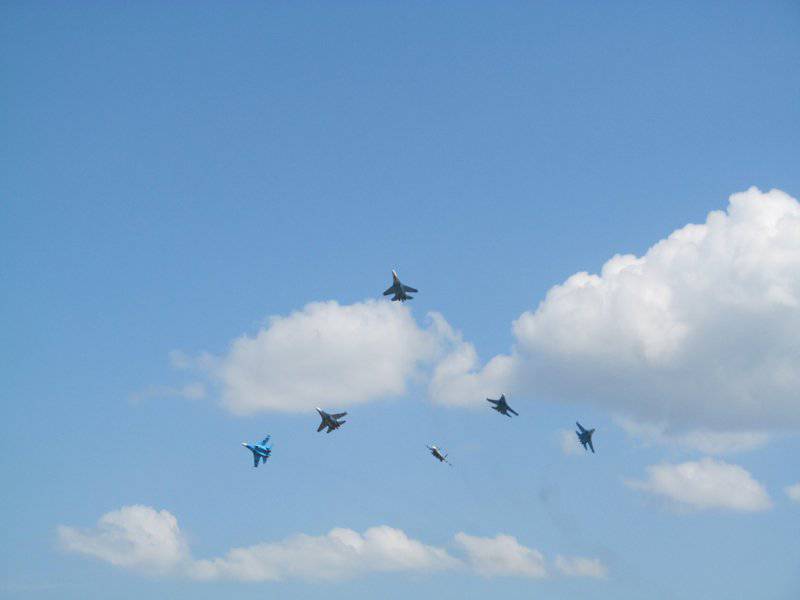 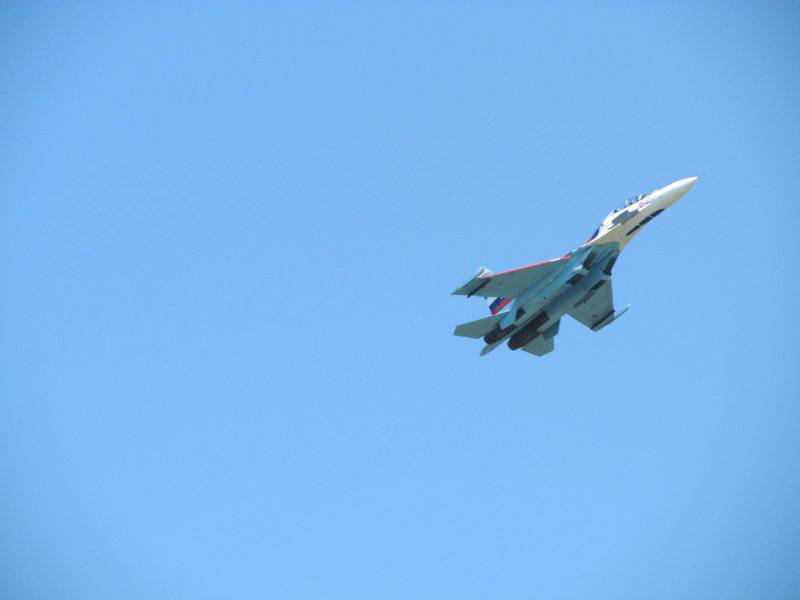 If somewhere and the younger generation need to instill a sense of patriotism, then it is at such events. And nothing artificial - this feeling penetrates the soul itself, without any pressure, without unnecessary words about the search for a national idea. Just look at the sky, look at how people who are truly in love with their profession, with the profession that has become life for each of them, work.

An imitation of the air combat of two pairs of “sushka” in the clear sky of Borisoglebsk is a special spectacle that, like all other elements of the air show, made thousands of spectators forget about the sizzling heat. 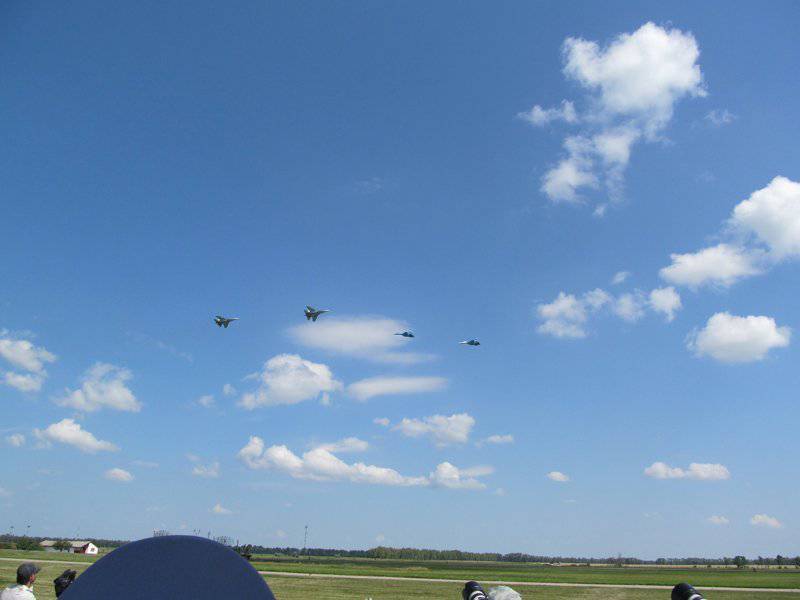 Imitation of air combat from "Falcons of Russia"

In addition to Sokolov of Russia, representatives of the Russian national air force team in parachuting showed their skills. The women's troika demonstrated the skill of landing on the so-called "absolute zero" - a tiny 3-centimeter patch, on which each of the parachutists descending should step on the landing. Jewelry accuracy. 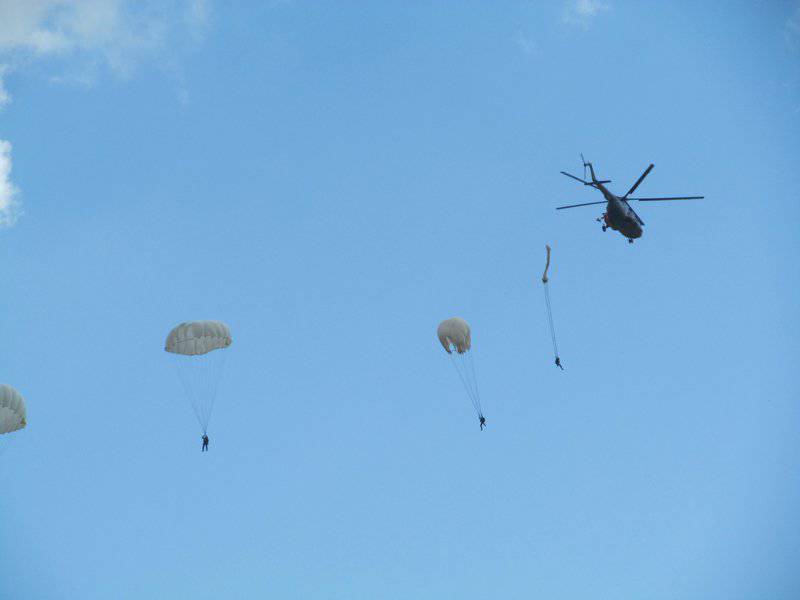 Jump from height to 200 meters

The festive program continued with a brass band, vocal and dance groups. Especially here you need to highlight the performance in the city of Alexandrov Choir.

“Military Review” wishes the Borisoglebsky Aviation School (whatever its name) to recover, to feel support and start giving Russia new explorers of the skies who will be faithful to the feats of Chkalov and Kamanin, Alelyukhin and Chelnokov. Happy 90 anniversary, BVVAUL! Thanks to those who continue to stand in positions related to the objective, for Russia, necessity of restoring the famed flying school. There is an incentive - ahead 100 anniversary! 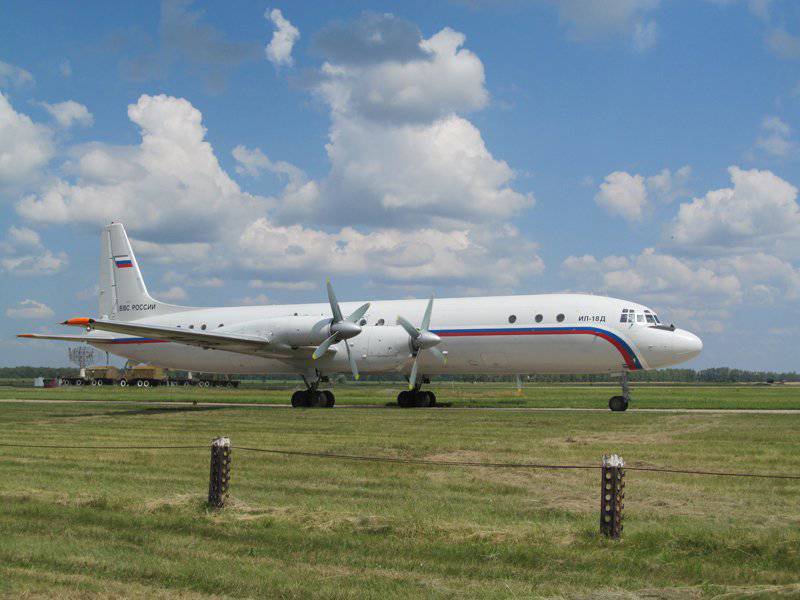 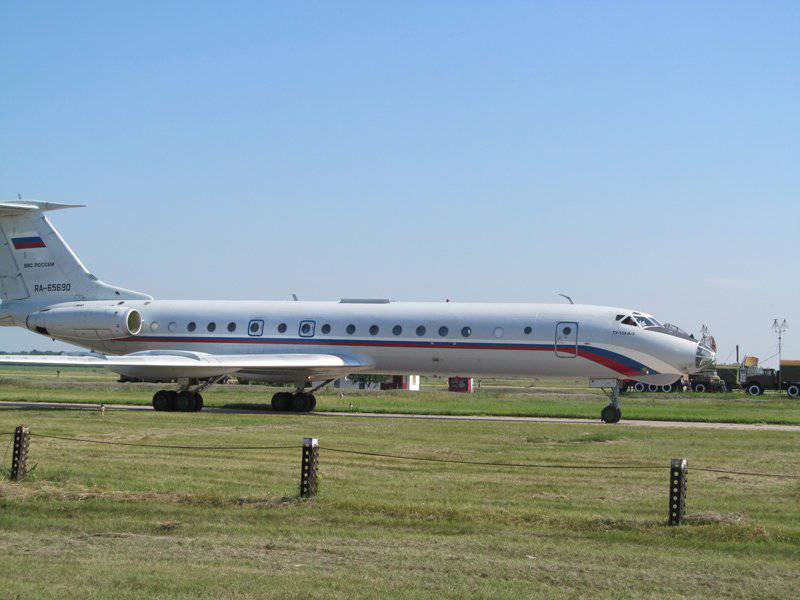 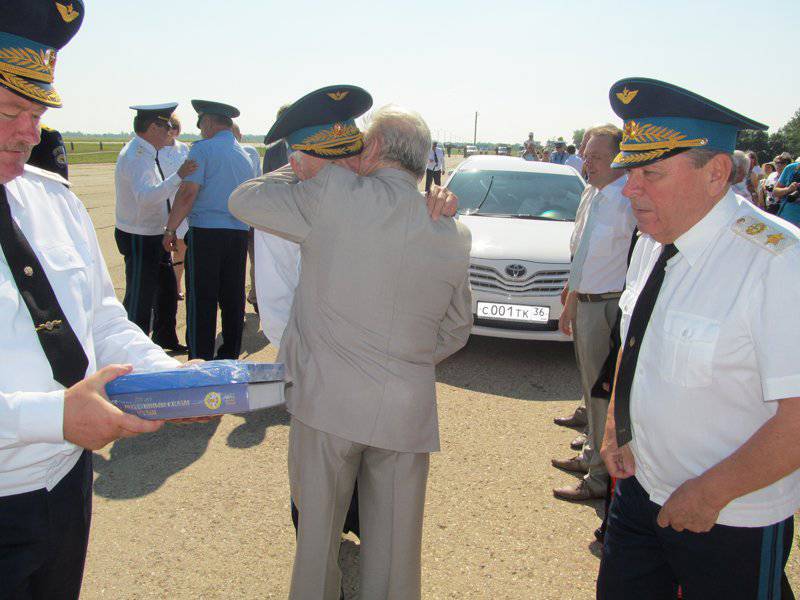 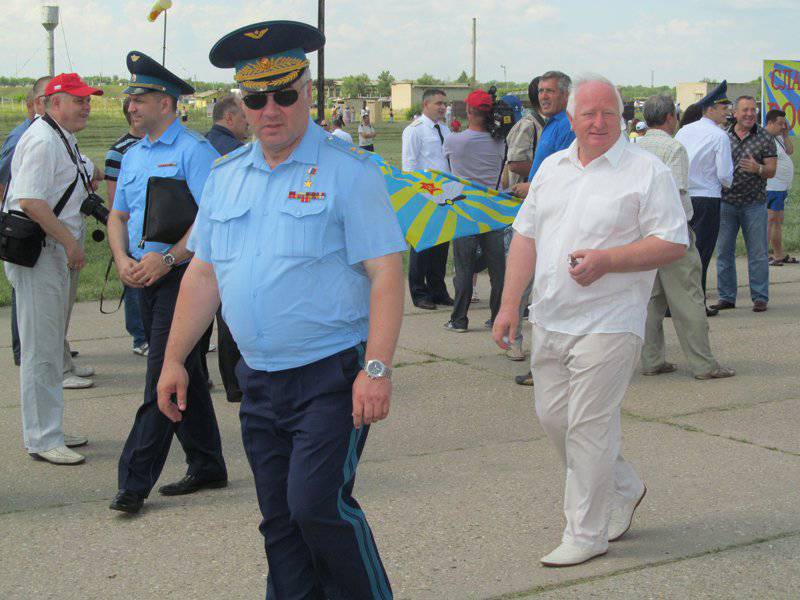