30 2013 June
51
Four newest anti-aircraft radar stations, Vsevysotnyy Detector, arrived at the Aerospace Defense Forces, which, after being deployed, will cover the sky of the Russian capital from four directions, said Deputy Commander of the EKR for Air Defense, Major General Kirill Makarov. 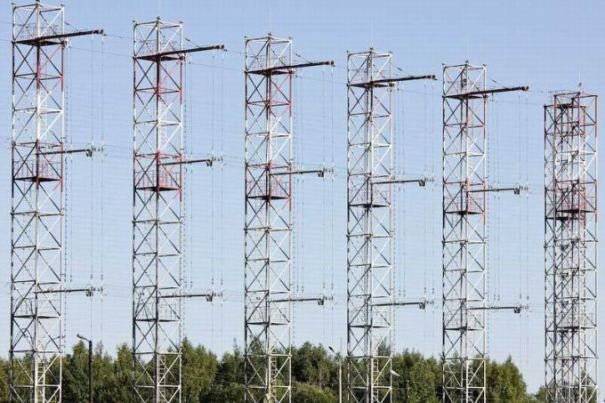 “These reconnaissance assets make it possible to detect airborne targets, including long-range cruise missiles. Their use will allow for timely detection and repulse of an enemy air strike if necessary, ”said Makarov at the celebration of the 60 anniversary of the 5 Brigade of the Air Defense Forces of the East Kazakhstani Army, ITAR-TASS reports.

According to him, within the next five years, all units of the Air Defense and Missile Defense Command will be equipped with new radars. He also noted that the main task of the command is to protect Moscow and the Central Industrial Region of the country, to cover the highest level objects of state and military control, industry and energy, groups of armed forces and transport communications from strikes from aerospace.

Earlier it was reported that the Ministry of Defense plans to create on the territory of Russia a network of over-the-horizon radar stations (ZGRLS) of the long-range detection Container, which will work in the interests of the Russian Air Force.

Such a network in a short time will cover the entire territory of Russia with a radar field and will allow reconnaissance of airspace even beyond its borders. Creating an inseparable radar field will allow the Air Force Command to quickly receive information about enemy aircraft in the event of an air attack or in preparation for it.

The uniqueness of Container stations lies in the fact that they can, in the direct sense of the word, “look” beyond the horizon. For the air defense system, this possibility plays a key role.

Ctrl Enter
Noticed oshЫbku Highlight text and press. Ctrl + Enter
We are
The advantages of the “Nebo-M” complexes in the anti-missile link of the Russian Aerospace Force of the Russian Federation: irreplaceable assistants of “Voronezh” and “Podletov”PO-900 radar detector
Military Reviewin Yandex News
Military Reviewin Google News
51 comment
Information
Dear reader, to leave comments on the publication, you must sign in.