War is real and informational 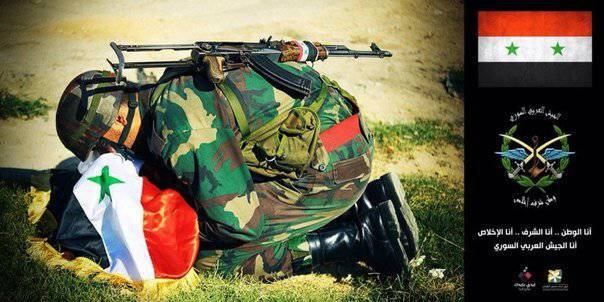 Listening at night to the cannonade that comes from the suburbs of Damascus, passing by buildings destroyed by terrorist attacks, passing by villages where piles of stone lie on the ground, which were recently houses, involuntarily you begin to think that there is practically no border between war and peace. And the war goes on in every soul, where good fights against evil, and honor with temptation ...

On the day of June 28, I recall Serbia, the country where the US and NATO tested the technology of “color revolutions”. The very “Orange” scenario, which at first was declared “non-violent”, but was modified, until, finally, Orangeism began a bloody wave in the Middle East ... In Serbia, June 28 is the holy day of Vidovdan. Great anniversary historical battle on the Kosovo Field. Anniversary of the shot of Gavrila Principle, which marked the beginning of World War I. And the anniversary of the monstrous betrayal, when 1 years ago the legitimate president of Yugoslavia - not broken either by NATO bombs or by the monstrous slander of Slobodan Milosevic - was issued for the execution of false Hague "justice". I dare say that this act of betrayal marked the beginning of a new world war - the “warm war”, which continues to this day, which has no end in sight and edge, which shoots and detonates in Syrian cities.

Syria, like any country, has its own memorable dates. One of them - June 26, 39-th anniversary of the liberation of Kuneitra from the Israeli occupation. On this day in 1974, Syrian President Hafez Al-Asad personally hoisted the Syrian national flag over the city destroyed by the Israeli aggressors.

Kuneitra was previously subjected to barbaric Israeli bombing and occupation. When, by decision of the UN, the Zionists were ordered to get out of its territory, they staged a monstrous massacre over a city that they did not get. Houses, temples, mosques, hospitals, schools - everything was destroyed aviation and bulldozers. No one answered for this crime, for this barbarism. But this long-suffering land was returned to Syria, and the state flag was hoisted over it.

And, just as Serbian Judas fumed up the holy day of June 28, having committed a monstrous betrayal on this holy anniversary, so did the Syrian blasphemers desecrated the anniversary of the historic day of the SAR. They attacked one of the most important power plants in Syria, located on the outskirts of Damascus, in the Kabun area. One of its employees, operator on duty Adel Mleh, was killed by gangsters, while others in the workplace were injured. A major sabotage was committed, as a result of which the fuel supply system to the power plant was disabled. This left the entire south of Syria without electricity. And Damascus was in darkness, like Belgrade as a result of NATO attacks. As the Minister of Electricity of the SAR, Imad Khamis, said, this sabotage against the Syrian infrastructure is the largest since the beginning of the crisis.

Unfortunately, such a power outage leads to deaths, especially among the elderly. Here in Damascus - the summer heat, from which only conditioners save. When the electricity is disconnected, there is virtually no escape for the residents from the heat.

Repair crews worked in emergency mode, and the power supply was resumed in almost two days. But someone, especially in the West, continues to believe that the Syrian "opposition" stands for the interests of the people. Apparently, to sit during the day, in the midst of heat, without air conditioning, and in the dark southern evenings without light - these are democratic people's aspirations ...

The crimes of the bandits continue. 27 June was a suicide bombing in the Christian district of Damascus Bab Ash-Sharqi - near the Temple of the Blessed Virgin Mary. There is also a building of the Charity Center, where, in particular, wounded as a result of previous terrorist attacks are being treated. Sources in law enforcement agencies said that this particular center was the main target of the customers and the perpetrator of the crime.
As a result of the terrorist act, four people were killed, eight were injured. Among them are women and children.

And I ask - is there such a court in the world that could bring the organizers of this so-called “Syrian revolution” to justice? There is little hope for the International Court of Justice in The Hague, since it actually became the successor of the case of its predecessor - the illegal “international tribunal” for Yugoslavia ...

Along with the terrorist attacks, the information war against Syria continues, and at the same time against Russia, which is trying today to restrain the predatory appetites of the countries of neo-colonialism. Particularly inexplicable and monstrous is the fact that some Russian mass media are taking part in this dirty campaign against the policies of their own country.

So, in many mass media with reference to the Russian Vedomosti website, publications began to appear that Russia was evacuating personnel from the Syrian city of Tartus, where the naval logistics point is located fleet RF Referring to some anonymous sources, the Vedomosti website, and then other means of mass fooling, picked up the “roasted duck”. This was done in order to undermine the Syrian confidence in victory, to sow panic in the society that “Russia is surrendering Syria,” and at the same time to give the West a corresponding signal. Otherwise, such an informational stuffing is impossible to consider.

The Russian Ministry of Defense denied this "information." In an official statement, the Defense Ministry assured that the logistics center of the Russian Navy in the city of Tartus is operating normally and continues to perform its task. And the rumors spread about the evacuation of staff do not correspond to reality.

This is another provocation in the framework of the information war. It is characteristic that it was done after the Russian Foreign Ministry reaffirmed its position on Syria. Thus, at a meeting with his Algerian counterpart Murad Medelci, Russian Foreign Minister Sergei Lavrov reiterated that the Syrian crisis has only one way out - political, without foreign intervention.

Lavrov added that in order for the dialogue between the Syrians to take place, it is necessary to stop the sending of terrorists and smuggling weapons to Syria.

In turn, Algerian Foreign Minister Murad Medelci said that he shared the Russian approach to the Syrian problem. In an interview with the newspaper Kommersant, Medelci said that no one except the Syrians themselves can decide what will be good for them and what is bad for them.

Unfortunately, this simple truth is not understood in the West. More precisely, they pretend that they do not understand, continuing their attempts to impose their will on the Syrian people.

The West does not like the victory of the Syrian army over the terrorists, achieved recently in the provinces of Homs, Aleppo, Damascus. Therefore, along with acts of terrorism and sabotage, information war continues.

And its goal is already becoming not only Syria, headed by its legitimate president Bashar Al-Assad (whom the world media are trying to demonize in every way, as before Slobodan Milosevic), but also those countries that oppose foreign interference in the affairs of a sovereign state. That is, information sabotage go against the idea of ​​a political settlement of the Syrian crisis, and therefore against the peace and security of the entire region.

Ctrl Enter
Noticed oshЫbku Highlight text and press. Ctrl + Enter
We are
DNR-2015: the year between war and peaceArmored vehicles of Yugoslavia. Part of 6. Wars in the ruins. Bosnia and Herzegovina. Kosovo. Macedonia
Military Reviewin Yandex News
Military Reviewin Google News
283 comments
Information
Dear reader, to leave comments on the publication, you must to register.