July 1 2013
43
If before the Superman costume could be seen in the American action movie, now scientists have presented their real development, which is distinguished by a whole set of unique properties. This is the so-called exoskeleton, which allows a person to increase his strength and endurance. The exoskeleton was created by specialists from two American universities: Boston and Harvard. The customer was the American Defense Ministry.
The principle of operation of the unit is that the additional "muscle" set is powered by a special compressor. 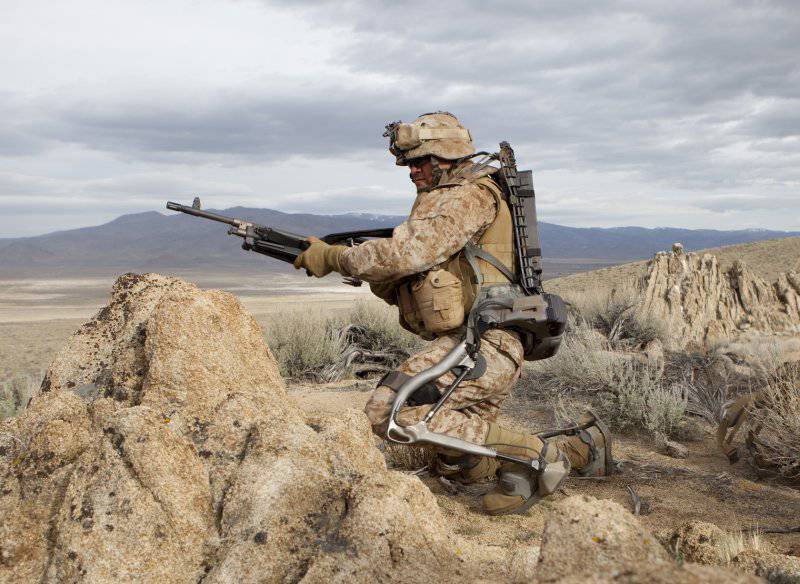 This exoskeleton is significantly different from what was created earlier. For example, the HULC model was equipped with metal “bones”, which were set in motion with the help of special electrical devices. The mass of HULC was significantly higher than the new apparatus, which the engineers themselves decided to call an exosuit. Why a costume, not a skeleton? Precisely because there is no imitation of the bones in it. All that is is a strong thin mesh that fits closely to human muscles and allows you to perform certain actions. In particular, the suit allows you to bend and unbend the arms and legs of a person with minimal effort applied by the person. 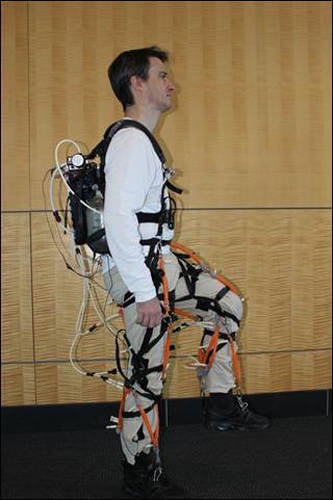 The purpose of the exocosuit is to give a person additional strength and endurance. If a person puts on such a device on himself, then he turns into a real superman. According to the assessments of those testers who have tested the possibilities of the exosuit on themselves, the suit makes it feel as if you have been training in the gym on power trainers for years.

If the exocosuit is integrated with the exoskeleton, it will turn the development into a real advanced system that can give a person the opportunity to endure serious loads. This suit can be used in various fields, one of which is astronautics. The load on the person during the take-off of the rocket will fall on the exosystem protecting it from a sharp increase in the weight component. The ex-suit will allow lifting weights, which it is simply impossible to lift in real life without using special equipment.

Narrating about the sensations experienced by people involved in the program of mastering the functions of the exostystem, it is necessary to present their opinion on the system. Testers say that as soon as they put on a suit, some unknown force literally pushed for certain actions. If this is walking, then its implementation is spent significantly less power than under normal conditions.

The mass of the exocost itself is about 7500 gr., Which almost does not allow to feel it on the body after a certain time has passed. A person literally grows together with a suit and after removing it even feels a certain weight and discomfort.

It is planned to use such a suit not only in astronautics, but also in aviation, medicine and in the conditions of performing ground operations by military personnel. The suit will help those fighters who were seriously injured and ended up in a medical facility to get to their feet faster.