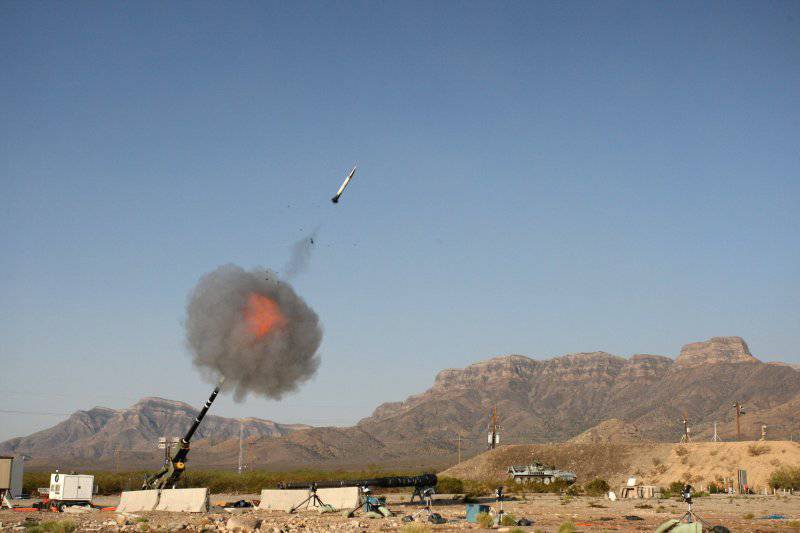 During a test-controlled flight, an MS-SGP projectile, released from a BAE-made 5-inch sea gun MK45 Mod 4, confirmed the design characteristics to meet all the test objectives.

In addition, the tests confirmed the tactical capabilities of MS-SGP to carry out the firing range in 38 km.

MS-SGP was developed as a single projectile for the US military and its allies designed to defeat fixed or moving targets at a cost less than the cost of existing alternatives.

"This projectile will allow us to equip American troops with long-range, high-precision ammunition at an affordable price, which will significantly expand our fire support capabilities," Hughes added.

The improved 2 Mod design, a 62 long caliber trunk can also increase the fire support capabilities of surface ships (Naval Surface Fire Support, NSFS) and the general characteristics of the mission.

In total, MS-SGP has passed more than 110 subsystem tests and field shooting from the USN MXXUMX towed howitzer is scheduled for the next couple of months. BAE supplies the MK777 guns for the US Navy and the fleets of nine other states deployed on more than 45 ships.

Ctrl Enter
Noticed oshЫbku Highlight text and press. Ctrl + Enter
We are
What's new in the field artilleryAssessment of the underground bases of the Chinese Air Force (Part 2)
Military Reviewin Yandex News
Military Reviewin Google News
70 comments
Information
Dear reader, to leave comments on the publication, you must to register.