Creation of marines will soon begin

July 1 2013
97
A few days ago, the Ministry of Defense published information about a new tender, the purpose of which is to prepare for the creation of a new platform for combat vehicles. This time it comes to conducting all the research needed to design a new universal platform, called the "Marine Corps War Vehicle" (BMMP). In the domestic armed forces such a class of technology will appear for the first time, which greatly enhances the interest in the initiated project. So far, only the most general information about the project has been published, since the terms of reference, etc. documents don't even exist yet. They are planned to work out in the course of research work. 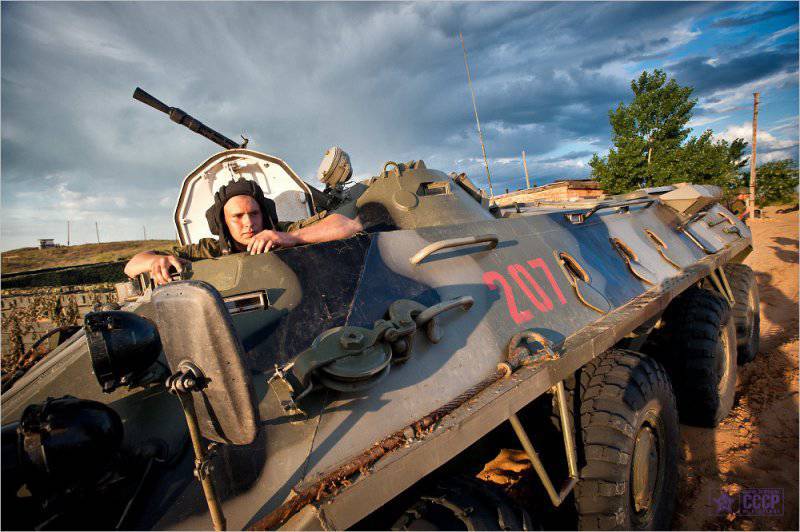 In the course of scientific research work “Platform BMMP” it is planned to carry out a complex of works of various kinds, pursuing several goals. The Defense Ministry requires contractors to conduct research of a scientific, methodological, informational, and organizational nature, the purpose of which will be to determine the most convenient ways to develop a new family of combat vehicles. In addition, contractors are charged with the formation of a set of baseline data required for research and development, as well as an analysis of the state and prospects of domestic and foreign armored vehicles. Based on this information, it is supposed to form the appearance of a promising marine infantry fighting vehicle. Finally, the organizations involved in the project will have to develop a future mockup of the future platform, which will later take part in the testing and verification of the solutions applied. All these works must be completed by November of this year's 25.

Of great interest is the published document titled “Tactical and economic rationale for the implementation of research and development“ BMP platform ”,” namely, its section, which indicates the possible executors of the contract. Thus, KAMAZ OJSC is considered as a potential lead contractor. As stated in the document, this organization has been developing wheeled vehicles for a period of forty years, including vehicles for the army, and is currently the leading enterprise in its field. In addition to the car factory from Naberezhnye Chelny, several other companies and organizations may be involved in research works. Thus, Idema LLC (Bor, Nizhny Novgorod Region) is considered as a developer of the layout of the internal volumes and appearance of a promising machine; the creation of electronics can be entrusted to the Taganrog OAO NKB VS; and for carrying out research and testing work, the scientific research institute of the 3 Central Research Institute of the Ministry of Defense may be involved in the project.

From the other documents attached to the order information, it follows that the new BMMP platform will have a wheel propulsion. At the same time, other features of the appearance of a promising machine are currently unknown. Accepting applications for the tender will last until mid-July, and for this reason it is not yet possible to say with certainty who exactly will determine the appearance of a promising combat vehicle for the marines and who will develop the corresponding project. Nevertheless, already now you can try to analyze the technology available in our country and try to predict the general features of the appearance of a future BMMP.

First of all, it should be noted that the idea of ​​creating a special combat vehicle for the marines is not something new. Several years ago, there were reports of the beginning of some work in this area, but then everything remained at the research stage and general statements. As a result, until now the marines have to operate initially ground equipment, poorly adapted for full-fledged work on the water. Currently, the Russian Navy uses infantry carriers of the BTR-70 and BTR-80 families, as well as infantry fighting vehicles BMP-2 and BMP-3F. Despite the ability to cross the water obstacles by swimming, all these machines were designed for ground forces and have insufficient characteristics for full use in the marines.

Recently, there has been increasing talk of the need to equip the marines with equipment capable of the so-called over-landing landing. This method of disembarking means that the landing craft unloads the equipment at a relatively large (20-40 kilometers) distance from the coastline, after which the armored personnel carriers and infantry fighting vehicles independently reach land and enter into battle. Over-the-horizon landing reduces the likelihood of ships being destroyed, and also counteracts the landing of the landing force. However, for such disembarking, armored vehicles should have good seaworthiness indicators, as well as be able to move through water at high speed. Unfortunately, none of the available domestic types of light armored vehicles fully meet these requirements. 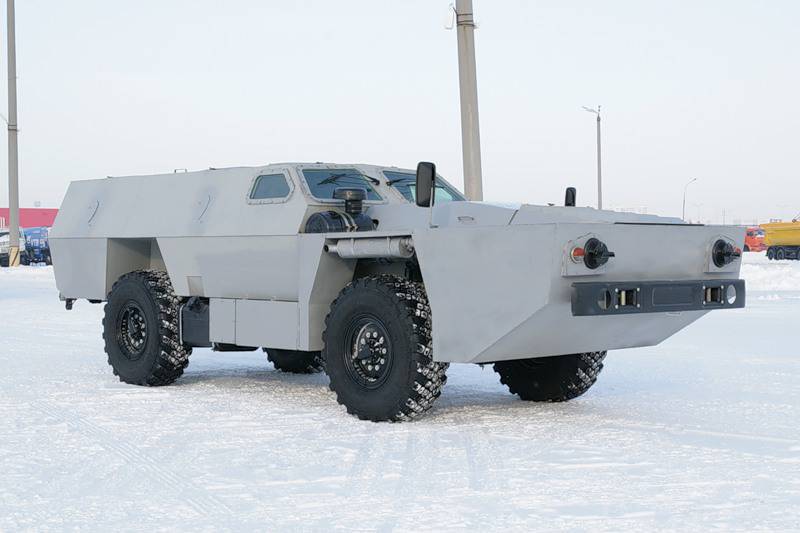 It is worth noting that the Russian defense industry already has some experience on the subject of specialized combat vehicles for the marines. So, a few years ago, KAMAZ enterprise created a prototype of the “Otter” armored car, designed to equip the marines. Unfortunately, detailed information about this project is not available and one has to be content with only a few images of a prototype machine. The photographs show the characteristic corners of the hull, directly talking about the purpose of this armored car, as well as the approximate layout of the internal units. According to some sources, a number of developments under the “Otter” project are now being used in works on the new topic “Amphibia”, conducted at the same plant in Naberezhnye Chelny.

From the time allotted for conducting the research work “Platform BMMP”, it follows that the contracting organizations will have to use the available developments on the relevant topics. Otherwise, they run the risk of not meeting the prescribed few months. For this reason, it is currently difficult to talk about the specific appearance of the future marines. All firms and organizations offered as contractors have certain achievements in various designs, which is why it remains only to guess which of them will be used in the project. Probably, at present, applicants for a contract are evaluating the opportunities and existing projects, due to which the first specific messages will appear in mid-July. A little later, in November-month, the Ministry of Defense and development organizations are likely to demonstrate a model or even a prototype of a promising machine. Thus, in the coming years, a new type of light armored vehicles will appear, which will fully comply with the requirements of the marines.