F-16 exploded in the US: debris swept across Glendale 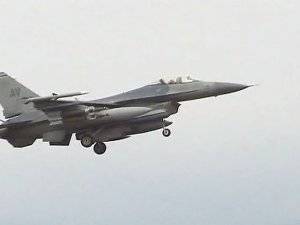 The F-16 fighter crashed and exploded in the American city of Glendale, which in Arizona, car fragments scattered along the streets near the fall.


Two pilots of the aircraft that departed from the US Air Force Base Luke managed to eject and survive. Physicians and rescuers arrived at the place of emergency, the state of the pilots is not specified.

Ctrl Enter
Noticed oshЫbku Highlight text and press. Ctrl + Enter
We are
Su-30M arrived in Kazakhstan!The accidents of military aircraft in Russia over the past 10 years
Military Reviewin Yandex News
Military Reviewin Google News
31 comment
Information
Dear reader, to leave comments on the publication, you must to register.