28 2013 June
64
A few days ago, Romania announced its plans to upgrade the material part of the air force. In the near future, military pilots will receive 12 new American-made F-16 multi-purpose fighter jets. This purchase is expected to significantly increase the combat potential of the Romanian Air Force. However, despite the fact that the relevant contract has not yet been signed, the deal has already been criticized by experts and the public concerned. 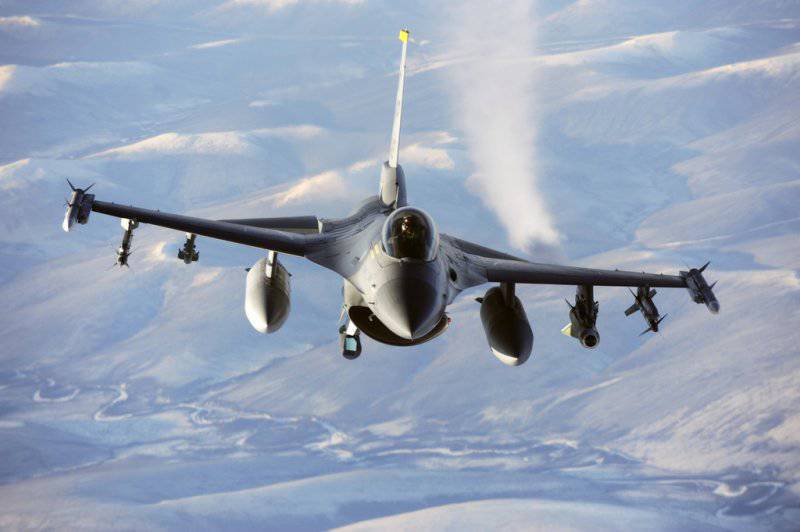 According to the Romanian press, 19 June, the government approved the proposed purchase of American-made General Dynamics F-12 Fighting Falcon X-NUMX fighter jets. It is planned to spend 16 million euros for the purchase of aircraft. An interesting source of funds allocated to finance the purchase. The required amount is planned to receive from the sale of licenses and radio frequencies for communication standard 628G. Over the next few years, ANCOM, which is responsible for the regulation of radio frequencies and communications, is expected to provide the treasury with the necessary receipts for the purchase.

As a justification for the purchase of these aircraft, two facts were cited. First, after joining NATO, Romania needs to bring its armed forces in line with the organization’s standards. Secondly, the fighter unit of the Romanian military is currently aviation It includes no more than four dozen MiG-21 aircraft of Soviet production. A few years ago, the Romanian Air Force modernized this technique, having resorted to the help of Israeli aircraft manufacturers, but this did not help bring the capabilities of outdated aircraft to an acceptable level. Thus, according to the Romanian Ministry of Defense, the purchase of 12 F-16 aircraft will have only positive consequences for the air force.

And yet the upcoming deal has been criticized. The main reason for it was the "origin" of the fighter purchased. The fact is that Romania will not acquire F-16 from the United States, i.e. directly from the manufacturer, and from Portugal. The Western European state, in turn, put up for sale fighter aircraft modifications F-16A and F-16B, received from the United States in the nineties. In this part of the aircraft before the transfer of the Portuguese Air Force for some time operated by American pilots. Thus, Romania will get not just used fighters, but already used by the two countries. Such re-export, even in the light of the capabilities of the aircraft sold, looks at least strange. Nevertheless, the Romanian Ministry of Defense is completely quite an existing proposal and has already led it through the appropriate echelons of power.

It is already known what will happen with the Portuguese aircraft before their transfer to Romania. As the Romanian Defense Minister M. Soul said, the fighters will go to a new duty station only in 2015, and before that they will be renovated and upgraded to the Block 40 version. Resource planes will be extended and they will be able to serve in the air forces of Romania for the next years. However, this fact was immediately criticized. According to the opinion that has been spread in recent months, the repair and modernization will not be able to fully restore the service life of the machines and therefore the “double maintenance” of the aircraft purchased will have a very bad effect on the future of the Romanian Air Force. The resource issue has meant that in some Romanian media, the purchased F-16 has received the offensive nickname “flying coffins” hinting at their current state.

Another reason for criticism - the amount of the transaction. With a total contract value of 628 million euros, it turns out that each of the used fighters together with the modernization will cost the Romanian treasury and, as a result, taxpayers will be around 52 million. Thus, the price of a used, but modernized F-16 fighter is approximately at the same level as the cost of one of the latest modifications. The details of the planned modernization of the aircraft have not yet been published, but even with the available information, such prices look dubious and the perturbations of the Romanian public are understandable. In addition, it is necessary to take into account that Romania is going through hard times and cannot boast of a strong economy. Although it is argued that payments under the contract will be made within five years, there are concerns about the negative consequences they may have on the entire economy of the country.

It is worth noting that Romania could have avoided such a large expenditure and a corresponding reaction from the public. A few years ago, the Swedish company Saab offered the Romanian Air Force its JAS 39 Gripen fighter jets. If necessary, the Swedish aircraft manufacturers were willing to make concessions, including the transfer of aircraft on lease. In the 2010 year, when the Romanian military was about to buy an 24 used F-16 fighter, Saab made a proposal to supply the same number of new Gripenes for the same money. To facilitate payment at that time, an installment plan was offered for a period of 15 years with the lowest possible percentage. The Romanian leadership became interested in the Swedish commercial offer, but over time it was forced to reject it. The fact is that the United States and Portugal made a number of unfriendly statements hinting at possible problems in the event of failure to purchase F-16 fighter jets. Thus, Romania did not continue negotiations with Sweden and resumed consultations with the United States and Portugal.

Perhaps Romania’s purchase of used Portuguese F-16 was also influenced by rivalry in the region. Bucharest and Budapest have long considered each other as geopolitical opponents, which leads to appropriate military-political decisions. Now, the air forces of Romania and Hungary are approximately equal in their combat capabilities, but there are several nuances that can change the existing picture. First of all, it is a leasing agreement between Hungary and Sweden. Because of him, the Hungarian Air Force is forced to save the resource of aircraft. The used Portuguese F-16, in turn, will become the property of Romania. According to some sources, Bucharest intends to operate repaired and refurbished American-made aircraft until the mid-thirties, and this should have a corresponding impact on the balance of forces in the region.

An interesting fact is that not only Romania is currently trying to update its fleet of fighter aircraft. This is also being done by other Eastern European countries that are actively cooperating with NATO. At the same time, only Poland achieved particular success in updating the Air Force. In recent years, the Polish air force has received four dozen F-16 fighter jets of several modifications, including combat training. Hungary and the Czech Republic are not yet able to purchase aircraft for ownership, but, nevertheless, need new equipment. Because of this, they rented JAS 14 Gripen fighters from Sweden for Sweden, including two for the training version. Bulgaria may join the list of countries renewing their air forces with used vehicles. Over the past few months, the Bulgarian military have chosen the right planes. As applicants are considered to be in operation Portuguese F-39 and Italian Eurofighter Typhoon. An alternative to these aircraft can be the new Swedish JAS 16. However, Bulgaria currently does not have such financial capabilities that will allow it to buy the necessary number of necessary aircraft.

In a specific situation around the purchase of Portuguese Portuguese fighters Romania intricately intertwined the interests of several European and one American state. As each country seeks to get its own benefit and not fail, the parties dissatisfied with the development of events will surely remain. In the current environment, the public is unhappy and does not understand why 628 should spend millions of euros to buy the entire 12 used aircraft. As for the military and political leadership of Romania, it is likely to bring the matter to the signing of the contract and update the air force. However, all arguments against such a deal or in favor of alternative options will be ignored, since none of the countries related to the future contract intends to lose its benefits. The dissatisfied public will only have to observe the course of negotiations and the supply of repaired and updated, but still used fighters.