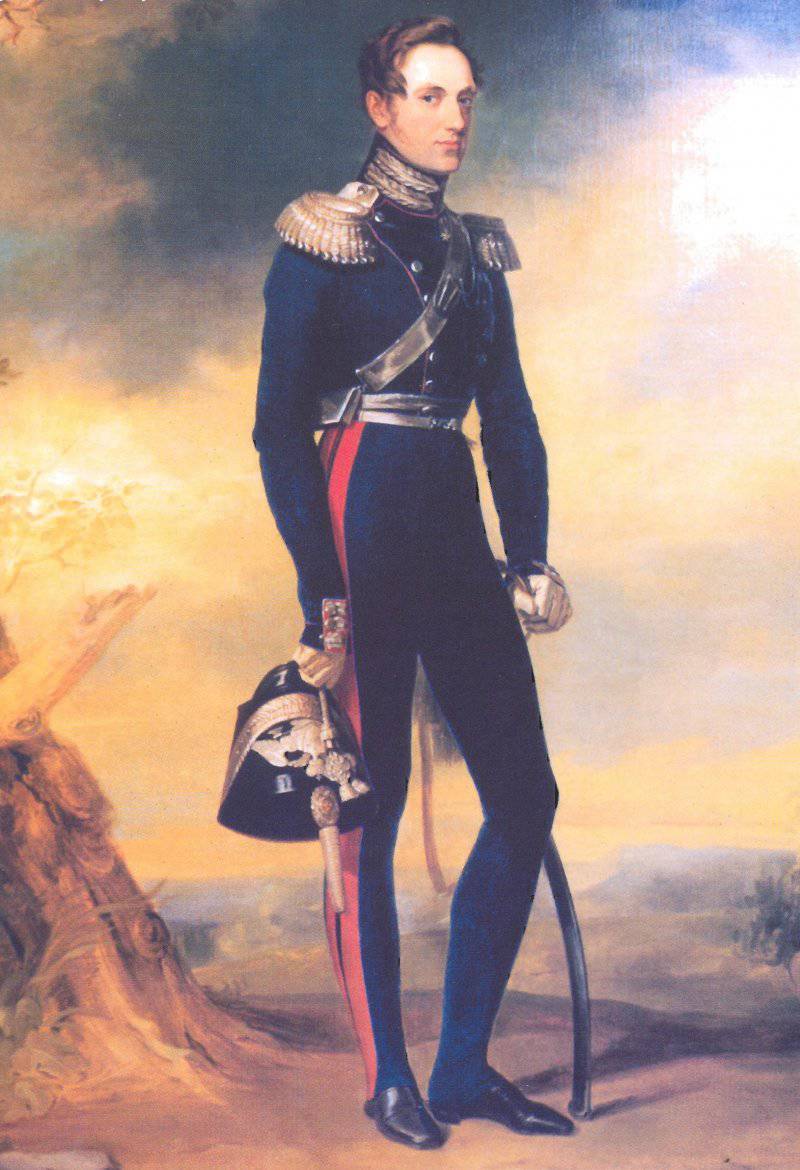 Nicholas I, being one of the few Russian emperors with good engineering background, was seriously interested in weapons, repeatedly visited TOZ and even personally participated in the manufacture of three guns!

Studying the reign of Emperor Nicholas I, it is impossible not to note his great contribution to the arms industry. Nikolai Pavlovich - the first (after Peter I) Russian monarch, who received a good engineering education. Generally speaking, he never thought that he would become emperor, because according to the law, Prince Constantine was heir to the throne, but he refused to become the head of Russia. And 16 August 1823 g. Alexander I issued a manifesto on the appointment of the heir to the throne of his brother Nicholas, who 19 on November 1825 and took the throne.

According to contemporaries, Nicholas I led a healthy lifestyle: he did not smoke, did not drink, walked a lot, was distinguished by good memory and great performance. His working day lasted 16-18 h. About himself, he said: "I work like a slave in the galleys."

As for hunting, Emperor Nicholas I "... was not a passionate hunter, but at the same time was not alien to the entertainment of hunting." He loved to hunt deer and small game - hares, partridges, pheasants and ducks.

Nikolai Pavlovich was brought up in a spartan spirit. He was not a sissy - he slept on a narrow camp bed with a leather mattress full of hay, loved horse riding and was fearless and clever on horseback.

And by right his contemporaries called the Emperor Knight.

Having received an engineering education, the Grand Duke Nikolai Pavlovich could not help but be interested in the weapon business and, by the nature of his activity, and as a member of the imperial family, he regularly visited arms factories.

So, for the first time, he visited the Tula Arms Factory for July 28 1816. During this visit, he met with gunsmiths, examined samples made both at TOZ and gunsmiths-handicraftsmen. The Grand Duke took part in the welding of the barrel for the lancer fitting. This operation, he did a hammer, which at one time worked his grandmother Empress Catherine II. The prince also visited the arsenal, where he examined the rifle with great interest, in the “manufacturing” of which Catherine II participated (See “Arms” No.12 / 2010, “North Artemis Gun”), Nikolai Pavlovich visited the coal deposit in the area with. Great Tula province. And he was at that time only twenty years old.

Infantry rifle arr. 1826, the trunk for which Emperor Nicholas I brewed 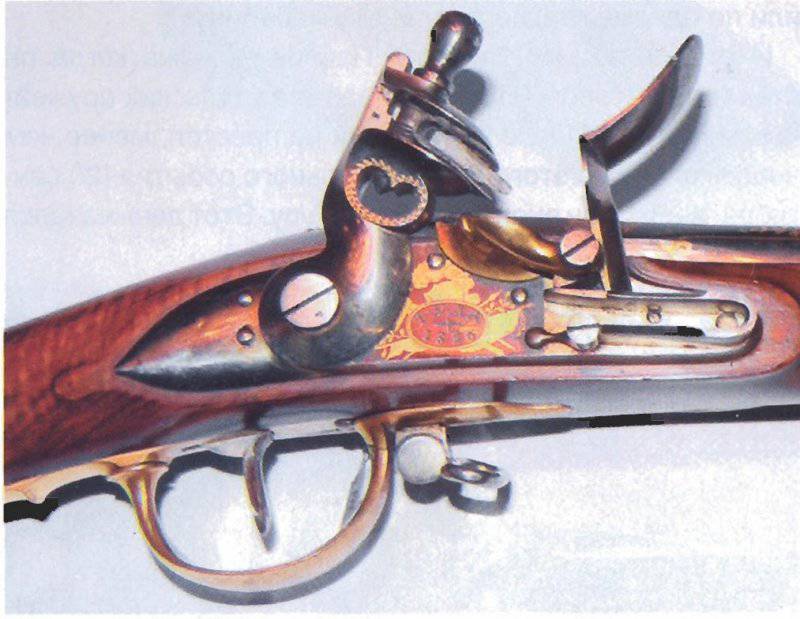 The Ulansky union, in which the Grand Duke Nikolai Pavlovich took part in the brewing of the barrel, remained in storage in the arsenal of TOZ. The fitting had a caliber 16,5 mm, barrel length - 322 mm, weight - 2,613 kg.

Each squadron ulan had 16 such fittings, the other soldiers were armed with two pistols or one smooth-bore carbine.

And later, Nikolai Pavlovich, even when he became the emperor of Russia, did not forget the Tula gunsmiths. After assuming the throne, less than a year after this momentous event (20 September 1826), he again visits Tula. This day began for him with an inspection of the arsenal and his weapon collection. Then the emperor went to the factory and in the most detailed way familiarized himself with the process of manufacturing weapons using manual and machine operations.

During the visit and inspection of the plant, Nikolay Pavlovich fully displayed his engineering vein. He took an active part in the implementation of several production processes: he cut the lock knobs on the press, squeezed out the word “Tula” and “1826 year” on another press, made a groove and hole in the bayonet tube. In conclusion, he took the hammer from the gunsmith's master and independently made the barrel for an infantry gun arr. 1826

View of the infantry gun arr. 1826 from above. The memorable inscription made by gold on the participation of Nicholas I in the manufacture of this gun is clearly visible.

View of the breech of the infantry gun arr. 1839 from above (above) and below (below). On the top image there is an inscription indicating the participation of Nicholas I in the work on this gun.

This gun has a French battery lock, a smooth barrel - round in the front and faceted - in a breech, a box with a long forearm and a cheek on the left side. The material of the trunk is steel, the surface is blued. Brass shelf with a ledge in the front. The sighting device is a brass oval fly, covered with gold foil and a slot in the screw shank in the breech.

The muzzle of the trunk below has a rectangular bayonet stop.

The gun is equipped with a steel ramrod with a truncated cone-shaped head. A sample of the “nominal” - on the trunk is inscribed in gold: “Sovereign Imperial Nicholas 1 was examined by TS. September 20 backwater 1826 deigned to hit the hammer several times when welding the trunk. Pressing to press in the bayonet slot, on the keypad of Tula, in the trigger, a heart-shaped slot, on the back of the coat of arms, according to this sacred memory the plant made this gun ”.

On the blued part of the keypad in an oval, gold is applied: "Tula 1826". On the back of the plate: “Squeeze the sovereign,” a double-headed eagle under the crown.

On the breech of the trunk gold is applied: a double-headed eagle under the crown and HI (monogram of Emperor Nicholas I) and a ribbon from floral ornament.

A screw with two blades, a gun barrel and two hammers (the emblem of the city of Tula) are made on the propeller shank in the breech section. All this is placed in the ornament of military paraphernalia.

During this second visit to TOZ, Nikolai Pavlovich became convinced of the interchangeability of the components and parts of the weapon. In 20-s. XIX century. among experts of other weapons factories there was the opinion that it was impossible to achieve interchangeability in weapons. However, Tula people had the opposite opinion, which they managed to prove to the emperor.

From a large number of rifle locks it was taken somewhat at random. Then they were disassembled into separate parts, which were moved in a random order. After that, the wizard easily collected weapons locks without additional fit and refinement. Locks installed on weapons, and they worked successfully. This experience once again confirmed the highest qualification of the Tula masters and their superiority over the masters of other plants. The arbitrator in this dispute was made by Nicholas I himself, and his engineering training allowed him to do so.

The third visit to Tula by the emperor took place in September 1842. On this visit, he brewed the barrel of an infantry rifle arr. 1839, which was different from the previous model of the new front sight, having a slightly larger size in the upper part. The gun was adopted by the Russian army by order of the Minister of War 1837, No. 17 of February 10, approved by the emperor. The specimen began to enter the army in 1839, and was taken out of service in 1844.

Infantry guns of the 1826 model and 1839 were entered into the TOZ collection fund in 1873 and are now in the Tula State Museum of Weapons fund.

These two guns arr. 1826 and 1839 have once again confirmed the great importance of weapons production in the Tula region, the high qualification of gunsmiths and their creative enthusiasm.

At the same time, for the first time after Peter I, the emperor, well versed in technology and industrial production, became head of state. 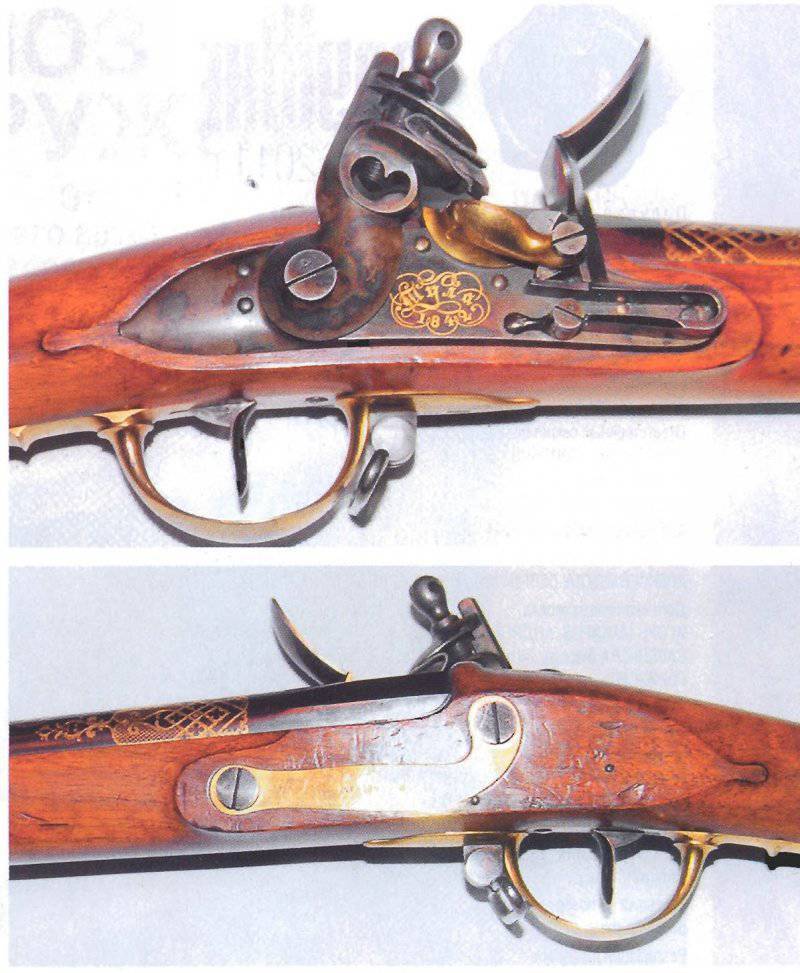 Ctrl Enter
Noticed oshЫbku Highlight text and press. Ctrl + Enter
We are
Alexey Arakcheev - the leader of the conservative "Russian Party" in the 1820s"Evil genius of Russia." For which the Supreme Commander-in-Chief, Grand Duke Nikolai Nikolayevich was removed from his post
15 comments
Information
Dear reader, to leave comments on the publication, you must to register.