Paratroopers are light on their feet 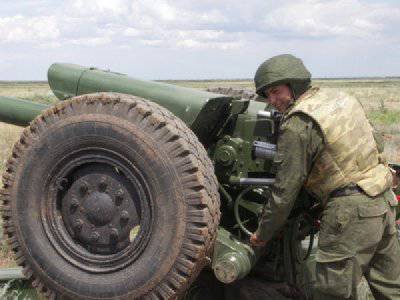 At the end of last week, there was a test of the combat readiness of another unit of the Southern Military District, a separate Guards air assault brigade deployed in the Volgograd region. Exactly at 4.00, on the orders of the commander of the military district, the brigade’s personnel were alerted, after which the subordinates of the guard, Colonel Alexander Lebedev, marched to the training ground, where they fulfilled practical standards in a number of disciplines.


This brigade is easy. The passenger and cargo vehicles available to the paratroopers allow the units of the compound to move quickly over fairly long distances. The paratroopers demonstrated this, for example, during the last year’s Kavkaz-2012 strategic command and staff exercise, when the Kamyshin “blue berets” were tasked to find, block and destroy militant groups in the boundless Volga and Astrakhan steppes. What was successfully done.

This time, the guardsmen were to advance in time to the area of ​​concentration, after which they marched to the Kamyshin and Prudboy training centers. Thus, nearly a thousand troops on more than 200 units of equipment overcame during the night march over 240 km and at the appointed time arrived at the Prudboy range. On the march, the servicemen worked out life-support questions on halts and stops, introductory to repel the attack of a conditional enemy and orienteering in an unfamiliar area. The personnel of the airborne assault battalion of the guard Major Vladimir Buchin acted, reinforced by the gunners of the howitzer and artillery battalion, where the chief of staff of the guard Major Sergei Platonin acted.

It should be noted that when the inspection began, the paratroopers still did not know what tasks they were to carry out: combat training or combat. Therefore, the mood of all was one - to work for the glory. This was noted by the deputy commander of the Southern Military District troops, Lieutenant General Igor Turchenyuk, who at all stages monitored the actions of the winged guards. It was especially emphasized that the paratroopers who had been alarmed during a sudden checkout acted coherently and clearly, having complied with the temporary standards. In addition, during the nomination and on the march they did not “lose” a single piece of equipment.

After arriving at the landfill, the Kamyshin servicemen began to perform a number of practical tasks in the conduct of hostilities with firing practice from all types of standard weapons and driving equipment. Where also demonstrated coherence and professional skill. Particular attention was paid to the actions of commanders and staffs in the organization of management and interaction between different types of troops.

Today, sudden checks of the state of alert are conducted regularly and are an important form of studying the real state of affairs in the military. As the head of the press service of the Southern Military District, Colonel Igor Gorbul, stated, since the beginning of this year, complex commissions of the military district headquarters have conducted about 100 such sudden checks.