Iran and Russia: priorities for cooperation 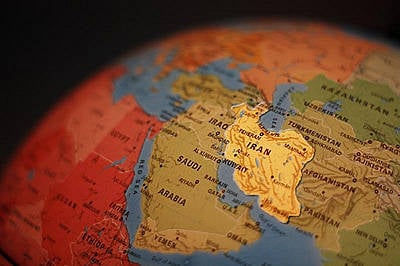 In recent days, a lot of reports have appeared in the press about the development of cooperation between Iran and Russia. Politicians, analysts and journalists note that there are a number of areas in which Tehran could further strengthen stable relations with Moscow, considering the deepening of cooperation not only strategically important, but also a priority.


Maria Kochetova (Parliamentary Newspaper) quotes the words of the first secretary of the Iranian embassy, ​​Sayed Ghasem Zakeri: “Russia depends on the West economically. When there was no embargo, we agreed with Russia on the construction of a nuclear power plant in Bushehr. Today, if the sanctions are lifted, we will once again begin to actively cooperate with Russia in many areas. ” According to the diplomat, the most promising cooperation between the two states is the development of infrastructure.

“Russia and Iran can complement each other in the energy sector. An example of this is the Gas OPEC Summit, which will be held next week in Moscow, ”says Zachery. He said about the development of tourism: "For example, the Persian island of Kish is much more beautiful than the Egyptian Sharm el-Sheikh."

Syed Gacem Zakeri emphasized that Iran wants to join the SCO, but would never want to join NATO.

In another note on the Iranian-Russian theme of M. Kochetov (Parliamentary Newspaper) writes that Zakeri told reporters about the common spiritual values ​​of Iran and Russia. “Any of our ambassadors working in Moscow, upon returning to Iran, says that Islamic and Orthodox values ​​are close,” the diplomat said.

In his opinion, in the relations of the two countries it is now necessary to exclude the “role of the third factor”.

“Russia is of strategic importance in the new president’s foreign policy. The priority of Hassan Rouhani is the creation of trusting relations between Russia and Iran and our closest neighbors, ”comrade Zakeri emphasized.

He further recalled that Russia is the “most stable” partner of Iran, but the situation in other neighboring countries — Iraq, Afghanistan, Pakistan — is far from stability.

“The new president is ready to work with the IAEA and with the Five plus One group. In addition, the stabilization of relations with the West will help our relations with Russia, ”said the first secretary of the IRI embassy.

As noted by Alexey Baliev ("File-RF"), congratulating Hassan Rouhani on his victory in the presidential election, Vladimir Putin stressed readiness for the ongoing development of mutually beneficial cooperation in various fields. Deepening relations with Russia is likely to become one of the foreign policy priorities of the head of the IRI, said Rajab Safarov, director general of the Center for the Study of Modern Iran.

Russia is important to Iran “as a serious player in solving the problems of the Caspian Sea, as well as for the fastest possible entry into the SCO,” Rajab Safarov told the File-RF newspaper. “I spoke with Rouhani and I know: he is good to Russia.”

A positive outlook for the development of relationships is expressed in various projects. Georgy Kalamanov, Deputy Minister of Industry and Trade of the Russian Federation, and representatives of the economic departments of the Islamic Republic of Iran agreed to develop cooperation ties in mechanical engineering with a view to exporting joint products to the markets of neighboring countries. The total economic effect of projects may exceed 10 billions of dollars a year, half the amount - the profit of Russia.

As for imports from Russia, according to Comrade Kalamanov, Iran expressed interest in increasing imports of Russian mining and metallurgical equipment. In addition, the Iranians would like to create a joint production of electrical products. There is also a mutual desire to open joint research centers on the basis of the Isfahan Metallurgical Plant, built with the help of the USSR in the 1970-s.

At the moment, to finalize the projects, notes Aleksey Baliyev, a bilateral working group is being set up.

“We are talking primarily about the joint production of agricultural machinery, public transport and gas-diesel engines (including components and spare parts). At least 20 Russian enterprises will be involved in the cooperation, which will create at least 25 thousands of jobs. It is worth noting that up to 60% of the cost of Iranian imports from our country falls on high-tech products, and as new projects are implemented, this proportion will increase to 70 percent. The demand for agricultural machinery and transport is growing rapidly in neighboring states of the Commonwealth, Pakistan, and Iraq. The market for Russian-Iranian engineering products is vast, experts say. ”

The author of the material emphasizes that Tehran did not accidentally choose Russia as the main partner in joint engineering projects. The Iranian side believes that Russian products are “time tested,” differing not only in high quality, but also in reasonable prices.

As for other projects, with the Russian scientific and technological assistance, it is planned to build the Caspian-Persian Gulf shipping channel. The benefit of Russia here, the journalist notes, is that the path from the European part, from the Urals to the Indian Ocean basin (by comparison with the traditional route through the Bosporus - Dardanelles - Suez) will be reduced by half. None of the transportation of goods, Russia will be able to save at least 100 million dollars a year.

In an editorial "InoSMI"entitled "Iranian Media: History - The basis of the ties between Iran and Russia ”, provides an overview of the Iranian press 22-25 in June 2013.

The newspapers Farda and Hamshahri cited a response message from the new Iranian president, Vladimir Putin, which states that "Russia occupies a special place in Iran’s foreign policy" and that the new president hopes for "further development of bilateral cooperation", whose experience "historical meaning".

Farda draws attention to the sensitive issue of Russian-Iranian relations - Russia's refusal to supply C-300 in accordance with the UN resolution 2010 of the year. The newspaper writes about the Russian proposal to replace C-300 with a new export version - C-300ВМ “Antey-2500”. The issue emphasizes that such a proposal "is undoubtedly explained by Russia's desire to encourage Iran to withdraw its lawsuit against Russia from the international court in Geneva."

The Syrian issue is also touched on in the Iranian press. “Javan”, quoting Comrade Lavrov, states that with the “approach of the international Geneva-2 summit on Syria, there is an increase in Russian-American differences”; According to the publication, it is connected with the fact that the position of Russia lies in the “political approach” to solving the problem and using the “levers of regional diplomacy”, while the West prefers “the way of interfering in the internal affairs of a sovereign country”.

The Farda editions from 23.06 and 24.06 paid considerable attention to the cooperation of Iran and Russia in the field of sports. We are talking about the details of the agreement between the Russian football club "Rubin" (Kazan) and the leading Iranian club "Persepolis" (Tehran).

In another review of Iranian media (June 17-21) edition "InoSMI" cites material from Donya-e-Eqtesad, which notes Russia's increased interest in the purchase of Iranian oil (under the embargo by 27 of the EU countries). The publication writes about negotiations on this issue and states that it promises Russian black gold, more “advantageous” both in terms of quality and price, compared to oil from the countries of the Caspian basin, “unprecedented” dominance in the European oil market. However, analysts' comments, which predict the impossibility of returning Iranian oil to the “strategically important Mediterranean market” in the event of such a scenario, “cause concern”.

In the message Iran News from 19 June, however, it is noted that Iran is not negotiating with Russia on the sale of oil. This is reported by the ISNA news agency, citing a representative of the Iranian Ministry of Oil, Alireza Nikzad-Rahbar.

According to Comrade Nikzad-Rahbara, the necessary infrastructure is not available to deliver oil from Southern Iran to the coast of the Caspian Sea.

The note also indicates that Iranian news agency Mehr reported that Russia had expressed interest in importing Iranian oil and about the negotiations between Tehran and Moscow. Russian officials, according to this information, suggested laying a pipeline to supply oil from the southern fields of Iran to the coast of the Caspian Sea, and then deliver it to Russian oil terminals by tankers. In this regard, the article says, the National Iranian Oil Company began to deepen the bottom around the Neka oil terminal to enable the mooring of giant tankers.