Long before Rust. About unknown flights across the Soviet border 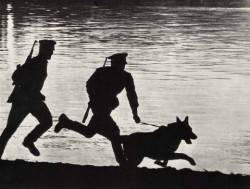 Matias Rust, a German amateur pilot, having deceived all the radars and posts of the Soviet air defense, managed to land on Red Square in Moscow without hindrance and cause a real shock in the world. Many military men then lost their posts, and some ended up in prison. However, few people know that Rust was not the first ...


The first “flyer” who illegally arrived in the USSR by plane was the Englishman Brian Montague Grover, who was told in his memoirs by the former Soviet Ambassador to the UK Ivan Maisky. Grover, being an engineer by profession, worked under a contract in the oil fields in Grozny. There he fell in love with a Soviet girl, the daughter of a local pharmacist, and wanted to marry her. However, his contract expired and he had to return to England. Grover began to try to get permission to leave for his beloved, but in those days the border was closed, and his petitions went unanswered. He himself was no longer given a visa for a trip to the USSR to his beloved. Then Grover decided on a desperate act. I learned how to fly a plane, and in November 1938 flew illegally to the USSR through Stockholm, intending to seek permission for a wedding on the spot in order to take away the object of his passion to England.

Grover flew safely across the border — no radar then. However, he did not have enough fuel, and he was forced to land the plane directly on the collective farm field somewhere in the Kalinin region (now Tver). Alert collective farmers immediately reported “where necessary”, the pilot was arrested and taken to Moscow. Security officers reported to the high authorities.

Those were the times of rampant espionage, and the English flyer was threatened with the most serious troubles.

However, Grover sincerely spoke about his love. Having carefully checked everything, the intruder was not judged as Rust, but was released. Moreover, he was allowed to marry his beloved and allowed to take her to England. Arriving in London, the happy spouses visited Ambassador I. Maisky and asked him to convey their thanks to the Soviet government.

It is not hard to guess that in those times when the label of a “foreign spy” was placed even on those who had never been such, the successful completion of the incident with the most real violation of the Soviet border could be due only to some very special reasons. After all, the KGB and the then Kremlin leaders were hard to suspect of kindness and condescension. But the air already smelled like a big war and, probably, Stalin - and only he personally solved such problems then - tried to use this history in order to demonstrate their nobility in front of British public opinion. In the USSR, no one knew about this for a long time, newspapers did not write about Grover.

In 1970, the professional pilot of the Greek Air Force distinguished itself in the field of violation of the Soviet border.

He illegally flew from Greece to Sevastopol and landed an American Dakota military aircraft with NATO identification marks at a local airport, and no one shot him down along the way. It was now a pensioner, and then the pilot of the Greek military aviation Michalis Manyadakis, about which few have heard.

This incredible story happened at the very height of the Cold War, when the dictatorial regime of the “black colonels” ruled in Greece. And I happened to learn about it by chance, while working in Greece as a TASS correspondent during a meeting on the island of Crete with the then members of the Greece-USSR Friendship Society. Among them was an elderly man, short in stature with the former military man. He suddenly approached me and said quietly in Russian:

His friends confirmed that such a fact did take place. In those years, Manyadakis served at a military airfield on the island of Crete with the rank of captain of the Air Force. He was an opponent of the Greek pro-fascist junta of the "black colonels", who brutally persecuted the democrats, imprisoned people and camps. However, the military pilot, of course, could not openly oppose the dictatorship - he would immediately find himself in a prison or camp - and therefore he decided to leave the country. Of course, it was impossible to legally emigrate "under the colonels", and the Air Force pilot decided to fly a military plane to the USSR, which then seemed to him "the bulwark of democracy and peace in the world."

To his bold step, Manyadakis prepared for a long time, studied the maps, carefully worked out the route. As a military pilot, he was familiar with the NATO air defense system.
It flew on the night of November 8 from a NATO airfield on the island of Crete, where at that time several of the largest airfields and military bases of the United States were located. First flew over the sea, and then over the territory of Turkey. He walked on a low-level flight, and therefore, according to him, the plane could not detect radars. In the same way, without interference, he reached Sevastopol and calmly planted his “Dakota” there. No one shot him down or even tried to intercept him ...

“When I landed at the airfield in the USSR,” Manyadakis said, “nobody arrested me, on the contrary, they met me very cordially. Especially when they found out that I was seeking political asylum. I probably was the first pilot from the western country who addressed the Russians with such an unusual request. After interrogation and “identification”, I was sent to Tashkent, where many Greek political emigrants from Russia lived at that time. They gave me an apartment there, they helped me learn Russian, and then they gave me a job. ”

In Greece, Manyadakis returned six years later, after the fall of the junior “black colonels”. But there he was immediately sent to prison, but then he was released anyway. Apparently, his former “protest” against the junta played a role. He was no longer taken back to the Air Force, of course, and the age for working in military aviation was no longer the same.

After all his incredible adventures, Manyadakis worked in the most prosaic and peaceful place - in agricultural aviation, and then quietly retired. Now he lives on the same island of Crete, in the town of Kalohoria and at his leisure tells friends in the taverns behind a bottle of Retsina about how he flew in the USSR. Did Soviet newspapers report on his unparalleled flight? This former pilot does not know, he did not know how to read Russian.

Although it is unlikely that the Soviet authorities wanted to admit that they had “slept through” a foreign military aircraft. The times of “democracy”, when violator Rust became our “hero”, have not yet arrived.

Such is the sensational story in the version presented to me in Crete by Manyadakis himself. However, if you think about it, a lot of it is in doubt. Firstly, how could a Greek captain fly to Sevastopol at shaving? After all, any pilot will say that you can only fly this way along a well-known route, and the Greek flew to a completely unfamiliar country. Moreover, the NATO pilot flew into the "camp of enemies", over anti-aircraft guns and missiles of several countries at a time when suspicious targets were shot down without hesitation. Suffice it to recall at least the fate of the American Francis Gary Powers, shot down on his reconnaissance "Y-2" by a Soviet missile near Sverdlovsk. Or about a South Korean passenger plane, also shot down by a Soviet rocket.

Secondly, how Manyadakis could “calmly” land a Dakota at a Soviet airfield and find it in general? After all, the airfields were not mapped then. Especially in the area of ​​Sevastopol - a large military base. What language did the Greek speak with the Russian dispatchers and ask for permission to land? How could he have enough fuel, because in the area of ​​Crete, the planes had nowhere to fly far, near then hostile to the Greeks, Turkey? It is unlikely that cars could refuel for long-haul flights. Why, finally, Manyadakis was not shot down over the Soviet airfield, after all, the guards saw that the plane was American, and it had other identification marks?

Some people think that it is impossible to answer all these questions if one does not assume that the hijacking of a US military plane from Greece was nothing other than ... a previously prepared KGB operation!

That is why, probably, they so generously met the violator in the USSR and then sent him not to Siberia, but to warm Tashkent. Manyadakis himself is unlikely to tell the truth now, because in this case he will become not a "fighter against the junta", but a banal traitor. And in Greece, as a military pilot, he will be accused of treason and will be put in jail for many years.

However, as some now consider, and in the story of Rust, still not everything is clear. They say that they allegedly spotted him right away, but they could not knock him down, because as a result of an explosion of a rocket launched into a low-flying plane, civilians on the ground could suffer. But this is only one of the versions ...