The Soviet threat was a myth ("The Guardian", UK) 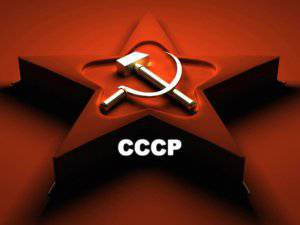 Stalin was not going to attack the West. That we started the Cold War


During a long and not so desirable trip to Damascus, studying the diaries and memoirs of key political figures of that time, I realized that the orthodox view of the Cold War is like a deadly struggle between Good (Britain and America) and Evil (Soviet Union), which I stuck, was a serious delusion. In fact, as will almost certainly judge история, it was one of the most unnecessary conflicts of all times, and certainly the most dangerous of them.

The Cold War began months after the end of World War II, when the Soviet Union was branded as a born aggressor. He established communist governments in central and eastern Europe. The Triumphal Red Army was ready and capable of subjugating Western Europe on the first order of Stalin, who sought to triumph communism throughout the world. However, “we,” especially the United States and the United Kingdom, have learned one painful lesson well — it makes no sense to seek mutual understanding with expansionist dictators. We considered ourselves obliged to protest Stalin with an “iron fist” if we use the term of President Truman.

It was a Manichaean doctrine, the most attractive feature of which was its simplicity. However, the military threat implied in it was incredible. If the Russians, whose lands were devastated by war, invaded the west, they would have to fight desperately to reach the coast of the English Channel. In the UK would go an endless stream of military assistance from the United States, which would have made the invasion almost hopeless. Even if the Soviets, ignoring the fact that there was an atomic bomb, in spite of everything invaded Europe, they would have to face an implacable enemy in the face of the United States. It would be a war that is obviously impossible to win. In short, the Soviets posed no real danger of war. And Stalin was not mad.

He was also not a selfless supporter of the idea of ​​the triumph of communism throughout the world. More than anything, he sought to stay in power and rule Russia through mass terror. Stalin has long opposed the idea of ​​a world revolution. He broke with Trotsky and put forward the concept of building "socialism in a single country." The activity of foreign communist parties within their countries was encouraged. However, Stalin never said that they should establish competitive communist governments. Yugoslavia and China were good examples that demonstrated the dangers of rivalry between communist countries.

The cold war began because Russia did not want to allow Poland to be independent. Stalin was forced to violate the Yalta agreement. Roosevelt and Churchill demanded that Poland be allowed to have a "free" and "friendly Russia" government. It was a dishonest formulation. Indeed, more recently, in the 20-s, both countries were in a state of war. No freely elected Polish government could be friendly towards the USSR. In addition, as Stalin noted in Yalta, during 26 years, Germany twice attacked Russia through Poland. These attacks had disastrous consequences. The attack in 1941 took the lives of 20 to millions of Russians. Any postwar Russian government, communist, tsarist or social democratic, would insist on effective control, if not over vast territories in eastern Europe, then at least over the territory of Poland, which would be considered as a buffer zone to guarantee against new attacks.

Cold War Crusader Harry Truman became president in April 1945 of the year. His comrades-in-arms, among whom was the warlike admiral Leahy, convinced him that he must begin with aggressive steps. In May, Churchill told Foreign Minister Anthony Eden that Americans should move away from previously agreed positions. According to him, a test of strength should take place while the Allies are still strong militarily. Otherwise, there remains “very little chance” of preventing a third world war.

In Churchill's speech on the Iron Curtain, delivered in March 1946, in Fulton, Missouri, the phrase of Dr. Goebbels, warning of the same red danger, sounded. This phrase reflected the great warrior’s view of the Soviet threat. At the same time, it is not surprising that the Russians regarded it as a threat. Bearing in mind the new "tyranny", Churchill said: "At the present time, when difficulties are so numerous, it is our duty not to intervene by force in the internal affairs of other countries." At the same time, it inevitably suggested that the time would come when difficulties would not be so numerous.

Prior to that, in October, Truman took an aggressive stance towards Russia. He talked about 12 points, which, he said, would be guided by American policy, among other things, it was about the importance of opening free markets. This program was supposed to be based on "justice." She did not provide for "compromise with evil." Since half of these points were aimed at the Soviet presence in Eastern Europe, the enemy he had in mind was obvious. Truman added that no one will be allowed to intervene in US policy in Latin America.

Thus, the intervention of the USSR in the affairs of countries vital to its security was evil. However, the exceptional domination of the United States in their own sphere of influence was justified. In any case, a program based on an “uncompromising attitude towards evil” is a naive, naive foreign policy framework that condemns the country to permanent war. (Perhaps, as the war against terrorism shows, this is the capitalist version of Trotskyism). The Atlantic Charter 1941 of the Year was another example of nonsense. This charter proclaimed that countries are free to choose their own governments. Later, Churchill explained that this right is not applicable to the British Empire. Molotov asked what Britain intends to do with Spain. Spain is a different matter, Churchill insisted.

Despite cooperation during the war years, Churchill's hostility towards the Soviet Union was long-standing. In 1918, he proposed re-arming defeated Germany so that it could be used as part of a large alliance in the event of a campaign against Moscow. He also supported the intervention of the allied forces during the Civil War in Russia. Even more important was his position during the Great Patriotic War, which consisted in the fact that Germany should not be completely disarmed, since it may, on occasion, be useful against Russia. Moscow also suspected, and for good reason, that some British politicians hoped to appease Hitler in order to untie his hands to attack Russia.

Against this background, it is not surprising that the reaction of the Soviet side was nervous and suspicious. The West did not take practically any steps to allay these fears. On the contrary, he took a militant stance against an imaginary military and political threat from the economically destroyed and devastated war of Russia. The fact that the cold war continued after Stalin’s death does not prove, as some experts believe, the immutability of the USSR’s global ambitions. The invasion of Hungary in the 1956 year and in Czechoslovakia in the 1968 year was cruel, but it was carried out in order to protect the buffer zone of Moscow. The same can be said about the invasion of Soviet troops into Afghanistan in 1980 (as a result of which, with the help of the CIA, the Taliban regime was born). In none of these cases were we talking about territorial threats against the West.

In those days, even Eisenhower (Eisenhower), apparently, was inconsistent with the Cold War, warning about the legitimate interests of the "military-industrial complex." During his presidency, US foreign policy was fueled by obsessed crusaders like John Foster Dulles. Followers of Dulles's militant approach played a prominent role, especially under Reagan, right up until the collapse of the Soviet Union.

Revisionist views of the Cold War are periodically revived in the United States, although often the authors' socialist sympathies are the reason for this (in which I was always hard to suspect). In Britain, revisionist views did not find a large number of supporters.

Of course, one can understand why only a few in the West want to overthrow these orthodox views. If this had happened, then the whole majestic doctrine of post-war politics would collapse. Perhaps the heavy burden of post-war rearmament was superfluous, because the transatlantic alliance was more likely to endanger us than protect us from it? Perhaps the world was balancing on the brink of a catastrophe, because the Western leaders of the post-war period, especially in Washington, lacked imagination, intelligence and understanding? The answer will be grim, but it is.

Andrew Alexander, a Daily Mail columnist, is writing a book about the Cold War. A more detailed version of this article will be published in a new edition of the Spectator.

Ctrl Enter
Noticed oshЫbku Highlight text and press. Ctrl + Enter
We are
The tragedy of the American army ("The Atlantic", USA)Damascus: mortar rains
42 comments
Information
Dear reader, to leave comments on the publication, you must to register.