Where does the main threat come from?

28 2013 June
30
Today, the strikes of a potential enemy from the northern strategic aerospace direction reflect practically nothing


Historically, the northern strategic direction was considered the least dangerous for Russia. Of course, American intercontinental ballistic missiles would have flown across the North Pole in the event of an attack on our country. But their goal would not be the Arctic, but above all the administrative centers and industrial regions of the European part and the Urals. Everything changed after the collapse of the Soviet Union.

South and west are the main directions, traditionally carrying military danger for Russia. With Turkey alone, we fought about ten times, the last - less than a century ago. And from the west, waves of various interventionists continually came to us for many centuries. All this forced to pay particularly close attention to these areas, determined the defense strategy of Russia and the Soviet Union, aimed at repelling threats primarily from the west and south.

Eastern vector of threats was designated in the twentieth century. Industrialized Japan became a tough rival of Russia in the Far East. The Russian-Japanese war at the beginning of the century, the conflicts on Hassan and Khalkhin-Gol in 30-s, the Kwantung Army, which hung over our borders in 1941 – 1945-m, the current territorial claims on Russia, as well as the powerful US military potential Japan, all this clearly indicates the existence of a military danger for Russia and from the east. Let's not forget about the once complicated relations with China, which several times resulted in border clashes.

The destruction of the Soviet Union corrected the list of possible threats to Russia, adding to its northern strategic direction. This was the result of certain new circumstances for our country. 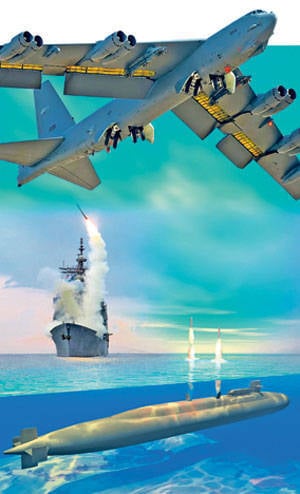 First of all, the updating of the northern strategic direction is connected with the actual destruction of the industrial potential of our country, and moreover without any efforts on the part of probable opponents. In the first place in the structure of the Russian economy came the fuel and energy complex, that is, the extraction and sale abroad of raw materials - oil and gas.

In geostrategic terms, this meant moving the center of gravity of the Russian economic system from the industrial regions of the European part and the Urals to the northern oil and gas producing regions of Western Siberia. More precisely - in the Khanty-Mansiysk and Yamalo-Nenets autonomous districts.

Another reason is a significant change in the forms and methods of warfare. In past centuries, foreign intervention meant the invasion of huge masses of troops. In the twentieth century - the masses of troops and armored vehicles. The Russian North was reliably protected from these dangers by colossal impassable spaces.

However, the appearance at the end of the 90-s high-precision weapons - guided bombs, cruise missiles, sea and air-based led to the fact that the destruction of any state eliminated the need for a land operation. This was demonstrated for the first time by the NATO war against the Federal Republic of Yugoslavia (FRY). Not a single NATO soldier entered the territory of Yugoslavia, but in 78 days, the country was able to bring massive air strikes to its knees.

Finally, the third circumstance that influenced the change in the value of the northern strategic direction in the balance of possible threats to Russia was the change in the objects of the attacks. This was most clearly manifested in the course of the same NATO aggression against Yugoslavia. The objectives of the alliance were not the armed forces of the FRY, but above all the industry and transport infrastructure of the country, and often purely civilian objects such as residential neighborhoods, hospitals and kindergartens. That is the life support system of the state.

So, the basis of the economic system of Russia today is the northern oil and gas producing regions. The Yamalo-Nenets and Khanty-Mansi Autonomous Districts provide the lion's share of oil and gas, the proceeds from the sale of which ensure the filling of the budget of the country, including the military.

The largest promising oil fields have been explored on the Arctic shelf of Russia, for which several countries are fighting for access. Huge deposits of gold, diamonds, coal and other minerals are concentrated in the Russian North. All this increases the importance of this region in the context of Russia's defense.

The main targets of strikes of a potential enemy can be thermal power plants (especially the powerful Surgut and Nizhnevartovsk GRES), oil and gas transfer stations, and also trunk pipelines. All these objects are practically not protected from the impact of aerospace attacks. Surgut State District Power Plant is listed by leading American scientists in the 12 list of life-support objects in Russia, the destruction of which will lead to complete paralysis of life in our country.

Undoubtedly, cruise missiles of sea and air basing will be the strike force of a probable enemy. The Tactical Tomahawk SLCM, which is in service with US Navy submarines, has the following characteristics: maximum range - 2500 – 3000 kilometers, firing accuracy - five meters, launch weight of the missile - 1450 kilograms, flight height - 320 kilograms, flight height - 10 –200 meters. The rocket is capable of maneuvering within two hours in the target area for its search and supplementary exploration, and can also be re-targeted.

The carriers of these missiles in the US Navy are multipurpose Los Angeles-class submarines and Ohio-type SSGNs (the maximum load is 154 missiles).

Strategic bombers are also equipped with long-range cruise missiles with similar characteristics. Currently, the US Air Force has about 60 B-52Ns capable of carrying up to 20 air-based cruise missiles (ALCM). Total strategic grouping aviation The United States can use about 1200 ALCMs for a departure.

Tactics of the parties

The likely launching lines of the ALCM are located outside the zone of operation of the Russian Air Defense Fighter Aviation, from 78 to 80, northern latitude, in the archipelago region of Franz Josef Land and Severnaya Zemlya. The most probable lines for launching the SLCM, taking into account the reach of the most important strategic objects of Russia, including fuel and energy, from the northern direction are located within 73 – 75-th degrees of northern latitude. In the case of organizing combat patrols of the US SSGNs in the waters of the Barents and Kara Seas, all positional locations of the Strategic Missile Forces, base stations for SSBNs, as well as almost all key energy supply facilities of Russia, are within the range of SLCMs.

It is highly likely that the United States plans to deploy four strike groups of nuclear submarines (UG APS) equipped with cruise missiles (CD) off the Arctic coast of Russia.

Thus, from the northern arctic direction it is possible to fire the following targets: