Qatar was inherited. The new monarch will be even more actively overthrow Bashar Assad 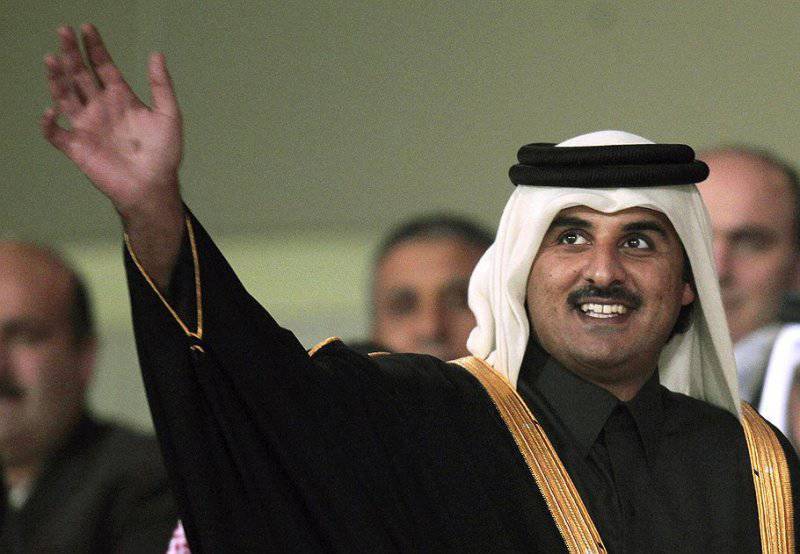 Emir of Qatar, Sheikh Hamad bin Khalifa Al-Thani, left the throne after the 18-year reign, transferring power to his son, Crown Prince Sheikh Tamim bin Hamad Al-Thani. Rare for the monarchies of the Persian Gulf, a number of analysts regarded the voluntary abdication of the throne as an attempt to avoid the "Arab spring", bringing the young reformer to power. However, experts polled by Kommersant are sure that the revolution does not threaten the emirate, which is rich in oil and gas resources. According to them, the coming to power of Sheikh Tamim is associated with the poor health of his father. The new emir is expected to have a more active foreign policy to assert Qatar’s regional leadership and toughen the policy of overthrowing Syrian President Bashar Assad.


His unprecedented decision to voluntarily leave the throne, 61, the summer emir of Qatar, Sheikh Hamad bin Khalifa al-Thani, made public in yesterday’s televised address to the nation. In his seven-minute speech, the outgoing monarch urged his subjects to "prepare for entry into a new era," demanding that a new generation come to power, taking responsibility, armed with new energy and innovative ideas.

Reporting the decision to transfer power to his son, 33-year-old Tamim bin Hamad al-Tani, the monarch expressed confidence that the heir to the throne "has all the qualities to lead the country" and will be able to continue the policy of his father, making the interests of the nation his priority.

The tiny state of the Persian Gulf, in which only about 2 million people live, today's Qatar, with its vast reserves of hydrocarbons and gold reserves exceeding $ 100 billion, remains an influential player in regional and global politics. At the same time, Qatar owes its current weight and influence in the world to the monarch who left the throne, who was in power for 18 years.

Sheikh Hamad bin Khalifa Al-Thani came to power in 1995, as a result of a bloodless palace coup, overthrowing his father, who at that time was in Switzerland. To create the Qatari "economic miracle" the new emir had to start from scratch - the treasury was then empty. However, his bet on the development of gas fields (the third largest in the world) has justified itself. In 2010, the production of liquefied gas in Qatar reached 77 million tons, while the country ranked first in the world in per capita income - $ 86 440 per year. However, far from all the inhabitants of Qatar, but only the citizens of the emirate (about 250 thousand people) enjoy the full benefits of the economic miracle.

Despite the fact that until recently, in quiet, prosperous Qatar, there were no signs of public discontent or protest activity, a number of analysts and the media found an unexpected denial of the monarch to try to play a step ahead - to prevent the revolutionary scenario in the Emirate ". According to the head of the committee of the Federation Council on international affairs, Mikhail Margelov, transferring power to his son, Sheikh Hamad "went to preventive measures in order to warn the Arab Spring that knows no boundaries".

"There are precedents for such foresight. The kings of Morocco Mohammed VI and Jordan Abdullah II, following the traditions of enlightened monarchies, quickly began reforms without waiting for the first protest demonstrations to turn into revolution in the scenarios of Egypt, Tunisia or Libya," Mr. Marghelov said.

However, the experts interviewed by Kommersant adhere to a different version of the motives for the sudden abandonment of the throne Hamad bin Khalifa al-Thani. “Sheikh Hamad was forced to leave the throne by a serious illness. The lifetime transfer of power was the only way for him to ensure that his son remained on the throne. If the transfer of power did not happen now, Sheikh Tamim would have to fight for power with other influential claimants,” Kommersant explained "President of the Institute of the Middle East Yevgeny Satanovsky.

As for the “Arab Spring” scenario, Mr. Satanovsky excludes the possibility of an emirate's revolt against the throne. The “Arab Spring” in the case of Qatar can only be a “revolt of migrant workers” - residents of the emirate who do not have his nationality. However, if we assume that such a statement happens, it will be easily suppressed, the expert is convinced.